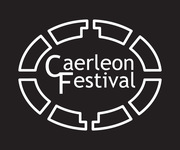 In 1995 Paul Hutchinson (accordion) and Paul Sartin (oboe, violin and vocals) shared a musical passion borne out of the desire to earn sufficient money to support their extravagant lifestyles. Their amazing musicianship coupled with wry humour stunned audiences around Europe and the States. As a singer, oboist, violinist, composer and arranger Paul performs and records extensively with BBC Radio 2 Folk Awards Winners and Nominees Bellowhead, Belshazzar’s Feast and Faustus. He edits publications of music manuscripts, delivers workshops, and is Consultant and Director of the Andover Museum Loft Singers. Having gained an Honours Degree and Choral Scholarship at Oxford, he gained a First for his Masters in Traditional Music, and in 2007 received a 75th Anniversary Award from the English Folk Dance and Song Society. His recent composition, ‘The Hartlepool Monkey’, for Streetwise Opera, was nominated for a BASCA award.

Paul is well known from his work with Hoover the Dog, Karen Tweed and the Playford Liberation Front. He is a superlative accordion player with a unique style inspired by church organ music, violins & concertinas! Paul is an experienced workshop leader tutoring at Cecil Sharp House on a regular basis, Hands On weekends, Folkworks Summer Schools and Halsway Manor. His favourite colour is no longer pink.

‘It is a bona fide English classic.’ R2

‘One of folk’s great odd couples – The Feast.’ The Independent On Sunday

‘Duo known for their sense of humour as well their impressive musicianship.’ The Guardian

Their latest Christmas album ‘Stocking Fillers’ (Unearthed) was released November 2012 and led to live sessions on Radio 4 and 6Music.