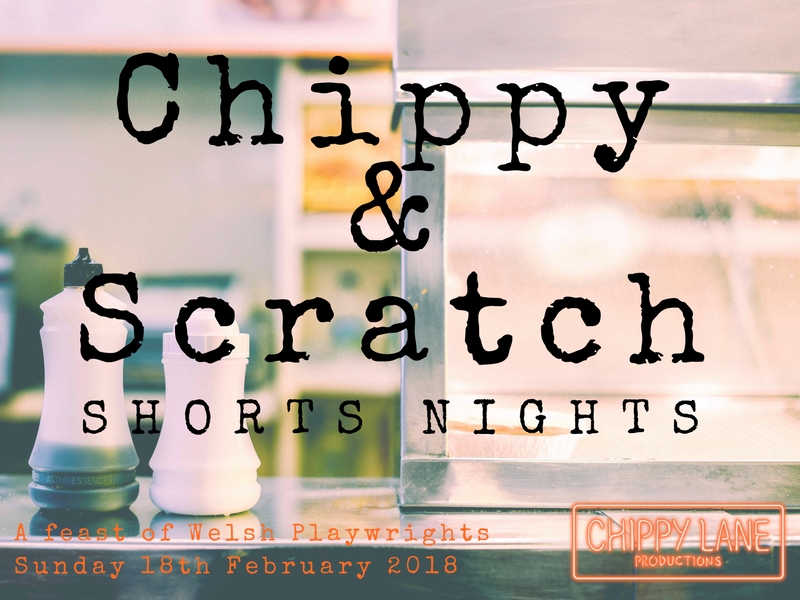 This is an opportunity for writers to showcase new work in progress, in front of an audience and panel of industry professionals. The winner will be decided by the panel on the night and will receive a Welsh wooden plaque and be crowned Chippy & Scratch Best Playwright 2018.

Chippy Lane Productions Ltd. was founded in 2016 by Rebecca Jade Hammond, a Cardiff born actor, writer and producer. Her primary mission is to champion Theatre work in and beyond Wales, focusing on Welsh revivals and new Welsh and Wales-based writing.

WRITERS
To Be Announced

DIRECTORS
To Be Announced

CAST
To Be Announced

"There’s also something healthy-feeling about a company that celebrates nationality whilst not being insular." - Exeunt

"The writing talent on show was impressive... While all the plays have Welsh roots, they have something to say to a much wider audience... There are certainly some names to watch here." - WestEndWilma

RSVP for CHIPPY AND SCRATCH SHORTS NIGHT to add comments!