How much do we really know each other, even those we love?

“Dad died during the first broadcast of Psycho on network TV. Earlier that evening it had been scorching hot in the back yard. There was no breeze. I was 12. And I knew.” At the same time Marion stepped into the shower. This is the moment”

Blending memory with poetic imagery COMPANY OF SIRENS new piece TWELVE CABINS TWELVE VACANCIES traces Marion Crane’s journey to the Bates motel and one boy’s entry into a world where things don’t remain the same and where foundations shake.

Written, conceived, directed and performed by Chris Durnall with Angharad Matthews, and  original music by Rhys Anderson, TWELVE CABINS TWELVE VACANCIES is about the nature of loss and how events are captured and treasured in the memory 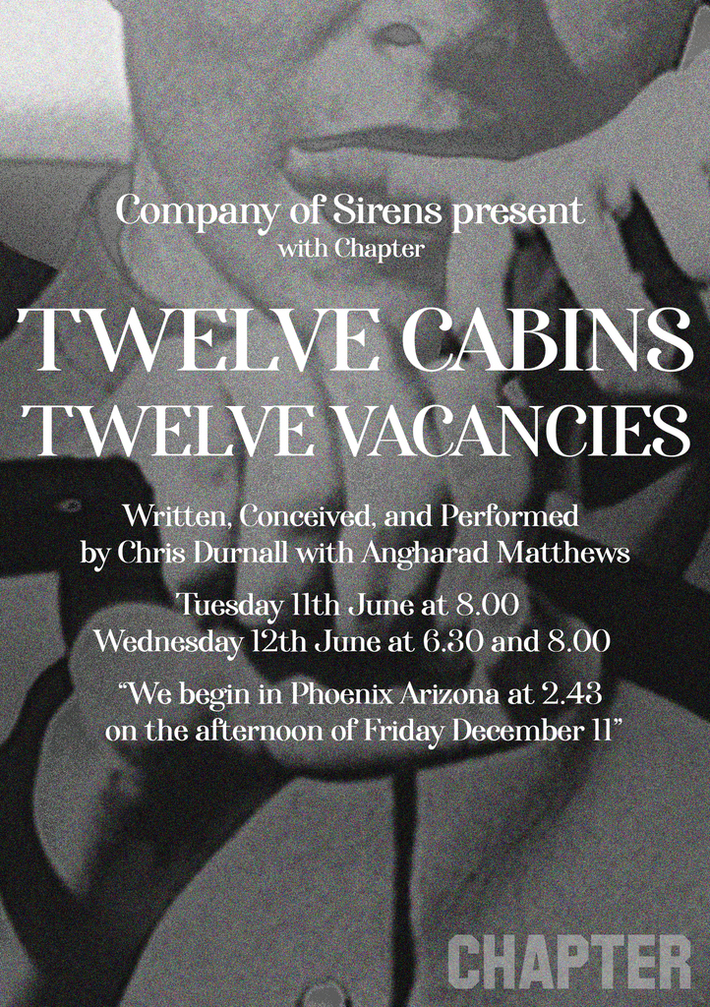 RSVP for Company of Sirens to add comments!