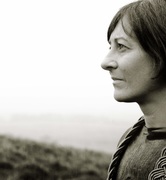 Theatr Pena’s third co-production with The Riverfront in association with the Torch Theatre Milford Haven is a classic Welsh story. The Royal Bed by Sion Eirian, an English language adaptation of Siwan by Saunders Lewis, will premiere at The Riverfront on Wednesday 11th February, play there until the weekend, and tour to 18 other theatres throughout Wales in the following weeks.

Easter 1230 and an uneasy truce exists between a divided Wales and England. At the court of the charismatic Prince of North Wales, a catastrophe is about to unfold and dreams of a united Wales will crumble

The Royal Bed is Siôn Eirian’s masterful English language adaptation of the Welsh classic, Siwan, by renowned Welsh playwright Saunders Lewis. Set in medieval Wales, it is a heartbreaking tale of the disintegration of a marriage played out against a backdrop of political intrigue.

With live music and BAFTA Cymru Best Actress winner Eiry Thomas as Siwan this world stage premiere of The Royal Bed is an unmissable opportunity for an English language audience to experience a powerful Welsh classic.

Supported by the Welsh Government and the Arts Council of Wales through the National Performing Arts Touring scheme.

RSVP for The Royal Bed - Opening Night to add comments!