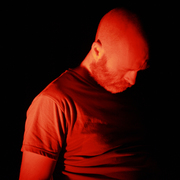 "What's the Time, Mr Wolf?" by Vincent Cassar is a darkly comic one man play exploring a society where justice must be seen to be done, whatever the price. Who needs a conviction when trial by media will do?

The show is presented by The Narrowest Point as part of The Cardiff Comedy Festival.

Tickets can be bought in advance at via:

"The Theatrical highlight of this year's Frome Festival" (The FTR, 2013)

"Ben Tinniswood does a fantastic job in his portrayal of Vincent Cassar's work. He strikes just the right balance between comedy & serious social comment" (Somerset Standard)

RSVP for What's the Time, Mr.Wolf? to add comments!

Hooray for Kelly Jones! See you in the bar after.