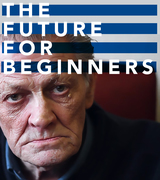 LIVEARTSHOW was founded by Martin Constantine, Harry Blake and Alan Harris. We are a company made up of writers, directors, composers, designers and choreographers coming together to create new theatre with music.

LIVEARTSHOW produced its first show, a dance opera, MANGA SISTER, at The Yard Theatre. We returned to The Yard last Summer with the award nominated RHINEGOLD.

We are currently developing a number of new projects including LIFE AFTER DEATH, with National Theatre Wales, and MANGA SISTER I and II for The Yard.

THE FUTURE FOR BEGINNERS, a part-opera co-produced with the Wales Millenium Centre, is at the Weston Studio on the 24, 25, 26 July 2014. It is then at Summerhall for the Edinburgh Festival as part of Wales in Edinburgh from 1-24 August.

You need to be a member of LIVEARTSHOW to add comments!