Creative Schools: what's happening out there?

The creative schools/ creative practitioners project has been running for about 2 school years now. I was so enthusiastic about its aims when launched at the Arts Council Wales event. I think the idea of teaching core subjects through the medium of the arts is inspired.

I have just completed a project in a secondary school and have talked to other artists, performers, digital creatives and others who have also done work in schools with this scheme and I find a few questions crop up.

I wonder, will I kick off a slagging off session or a fulsome praise response. As it is probably the biggest thing happening in the way we are “re-thinking education” I’ll risk it.

Maybe those with experience of participation may want to comment and those with questions may also want some answers if they are thinking of applying for one of these positions.

It seems that working in primary schools is easier to fit in a programme of work with fewer changes of dates mid project. Is this what others have found?

Secondary schools often say that when planning next year’s involvement the core subjects department heads say NO. No involvement for our core subject. We have to meet targets. Surely this scheme is about core subjects. How can it be kept on track?

In secondary schools, teachers still seem to leave the artist on their own with a class as something pops up. Often for whole periods. Surely a main tenant of the scheme is that teachers learn from artists about new approaches and visa versa. Not being present can’t help the pedagogy. Is this a common experience? and do primary schools have this problem too?

Some say the training was a bit basic especially those artists I spoke to who already had a lot of experience in schools. How could this training improve to respond to different levels of participant experience? Was it more about conforming than training? Or was going through the process just part of it? I’ve heard of a few artists not delivering properly in schools so why was this possibility not flagged up in training?

I feel our company has had fewer jobs in schools since the scheme started. There are possible reasons. A lot of the work at the beginning of the scheme was not in our area so we had to wait for something up our street in terms of subject matter but it was not up our street in area.  (long and early travel times) When one opportunity does pop up nearer home the artist is already committed to a job further away. This is structurally clunky. Not so good for longer term contact with the school and not so good for the environment. Any ideas to improve this?

Is this scheme better for the established artist or better geared for someone newer to this area of work?

How will the “Donaldson” curriculum changes take this project experience on board? What is the mechanism?

Is there a proper way to inform this scheme, to improve it without being overly negative and to help it reach its potential?

The upcoming Tate exhibition will focus on its undoubted achievements however I feel there is room to make it better, especially if criticism is not just viewed as “carping on” and suggestions are listened to.

Well Bill, well done for raising the issues.  Cos let’s face it where else is there to do so.  Where is the dedicated platform for info, invites to tender, sharing, questions, answers?   All that is needed to maintain such a wide reaching national project.   It seems a platform would solve all the issues to do with the confusion, the nepotism and the issues with distance, access and geography.

As artsits we have been taught the value and necessity of constructive criticisms and constant evaluation so let’s hope all concerned can understand this need.  Many of us have been running projects or years and the most beneficial learning comes from listening truly with deep consideration to any criticisms as well a praise.

Ive always struggled with the whole teachers not being present, either physically or mentally for projects.  I solved this myself by trying to provide Cpd that really let the teachers understand the importance of their involvement.  It is a disconcerting place for many teachers not to be at the helm.  But it’s a different role, they get to uniquely witness their classes from a side angle - really beneficial.  I have suggested this to all the projects I have done but they have spent the budget for training on the provided.  I would suggest that teachers and artsists go on really good participatory training together.  They would come back ( if it was run well) already sining of the same sheet.   Teachers going on training that we know nothing of does not help.  Cos each of us have our own training, pedagogy and style.  That’s what they need to understand not what others have done.

I must admit the artist training was quite substandard, specially cos most people in that room could have led it better. We were actually subjected to someone standing with a PowerPoint and reading of paragraphs of info. This is an issue in Wales anyway.  Bill can you not lead some training. I remember a one day workshop you lead years ago that was more engaging and useful.

I has defo been less work available - I’ve heard that from various people.  On the plus side  I’ve been working with at least two schools who raised money elsewhere- cos they didn’t want those nasty forms.

I’ve lead in both primary and secondary and it’s true secondary struggle with their timetables.  What can we do about that?

The other thing that I found very strange is the free workshops as interviews.  Specially for those who live rurally and are already paying  a lot for travel.

Back to the platform. I have really enjoyed the projects I have been doing this time round - where do we share their work, where do we celebrate.  Could there be a national, regional , local celebration.  Why is the celebration event in london and not somewhere more accessible?

All I know there is so many skilled work going on out there.  And am also fascinating by the debate of how we can best support this.

Good points made by both of you above.

Firstly, I would like to assert that the LCS scheme is a great investment in practitioners. I was on a plateau previously, very experienced (20 yrs+) in lots of settings, but predominantly delivering the same stuff over and over again to different Learners. This scheme has broken me out of that cycle and allowed me to challenge myself in lots of new ways, particularly through collaborating with other CPs and Teachers. I've become a much better collaborator, have learnt serious new production skills, and developed stronger ability to plan medium term projects. It has actually been a very positive experience for me and has made me a better practitioner.

I would also like to say that I think it is a great investment in the Learners who have benefited greatly from participating in the project - as we knew they would!

My main observation of the project falling short of it's aims is in the up-skilling of Teachers. I feel that I have failed to really empower most of the Teachers that I have worked with in the scheme. This has been predominantly due to a lack of strong teamwork between myself and the Teachers: your point above about training together is excellent Jo. It's exactly what we need to build a relationship which we can really collaborate together in. Some Teachers aren't confident to engage creatively, some aren't really motivated, and some are unsure about where the line between them and us is drawn. This takes time to work out, and sometimes it doesn't get resolved to my satisfaction.

So, I would rate my CP experience as great, the Learner experience as very beneficial, and the Teacher experience as in need of big improvements if we are to achieve our aims of empowering Teachers to deliver engaging and innovative Creative Education.

The project that I feel has been most successful had Teachers who were strongly motivated and already creatively engaged and bang up for it. We could work closely together and they took lots of leadership. This is where I would like other projects to get to.

Re training. we're given a script and we deliver it as best we can. I would like to see some innovations to make the training a more immersive and creative experience that reflects the ethos of the project, rather than being so didactic in parts, but the script seems pretty fixed. I would also add that while I am a practising critic of the training, it's easier to critique it from the outside than it is to change it from the inside. And that, we've had some very positive feedback from participants we've delivered to who feel they benefited.

I was unsure about the interviews for free stuff - but I've done it, and found schools I'm a really good match with through interviewing for them. I think having the CP deliver a short session is a really effective way for the school to see what we do and make a more informed choice. I view it as an industry pitch, and I wouldn't expect to get payment for pitching a show to a production company. I do think it would be considerate to offer travel expenses to interviewees, as I have travelled up to 180 miles (round trip) to interview.

I really do think it's a great time to be a freelance creative educator in Wales. And I am genuinely grateful to ACW for putting the scheme together. I have never before been in a position to look forward 6 months and know how much I would be earning. This is an unprecedented security in my 22 years of freelance creative education and I value it. The scheme can improve (can't we all). Hopefully we'll get a chance to have some executive input to facilitate that improvement, but that is a bit of a tough one to crack.

The #Wales Writer in Residence offers two placements, 6 months with @NTWtweets and 6 months with @BBCWales a £12k bursary and a guaranteed commission with @BBCRadio4 Full details https://www.bbc.co.uk/writersroom/opportunities/wales-writer-in-residence …pic.twitter.com/4oXzFbSMAX

The #Wales Writer in Residence offers two placements, 6 months with @NTWtweets and 6 months with @BBCWales a £12k bursary and a guaranteed commission with @BBCRadio4 Full details https://www.bbc.co.uk/writersroom/opportunities/wales-writer-in-residence … pic.twitter.com/4oXzFbSMAX 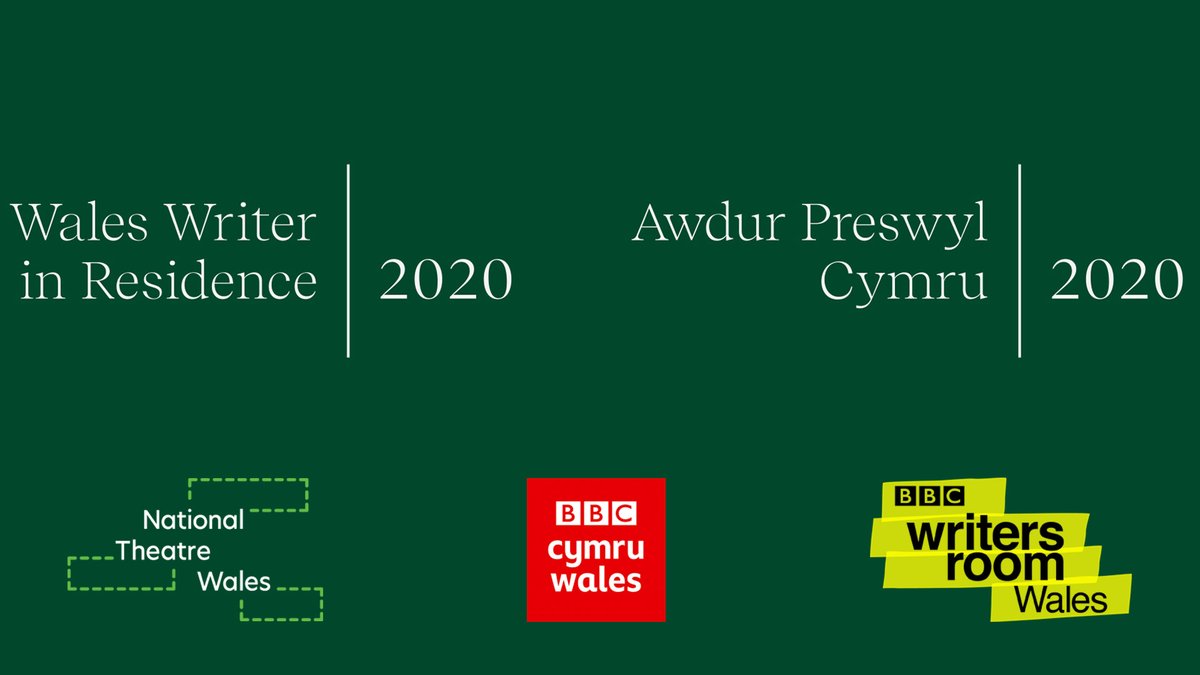 This is what we’re working to protect: For every community artist unable to make work, there are dozens of people, many of them vulnerable, who have lost access to an important, in some cases even vital, social activity. https://arestlessart.com/2020/04/02/this-is-what-were-working-to-protect/ …pic.twitter.com/cuJqzBY9RP

This is what we’re working to protect: For every community artist unable to make work, there are dozens of people, many of them vulnerable, who have lost access to an important, in some cases even vital, social activity. https://arestlessart.com/2020/04/02/this-is-what-were-working-to-protect/ … pic.twitter.com/cuJqzBY9RP

Lovely piece here in Sightline about @NTWtweets 's approach to creating the set for On Bear Ridge last year! nice one @David_NTW .. http://etnow.com/sightline/sightline_online/43-1/#page=8 …

Lovely piece here in Sightline about @NTWtweets 's approach to creating the set for On Bear Ridge last year! nice one @David_NTW .. http://etnow.com/sightline/sightline_online/43-1/#page=8 …