Beyond wake and sleep lies a place tangled with sweet reveries and twisted nightmares. A place where we find ourselves lost, victims of our vivid imaginations and memories. Reality is altered and darkness falls. Lost in reverie will you ever wake up? Only one man has the answer. Tom Watson.

Get ready for an experience that will stretch you to your limits. Listen, play, explore and RUN... Run like your soul depended on it.

Following on from the sell out success of yello brick's previous production Everwake, Reverie is a new type of entertainment and narrative. Mixing roaming theatre, street gaming and online storytelling to create a rich world of memories and vivid experiences.

The event will take place in Cardiff Bay and requires participants to move between several locations. Participants are advised to book tickets in advance in order to interact with all parts of the story.

Reverie is a yello brick production and a collaboration with Gerald Tyler and thinkARK and would not have been possible without the support of The Arts Council of Wales, Chapter Arts Centre, Hoffi, National Theatre Wales and Wales Millennium Centre.

You need to be a member of Reverie to add comments! 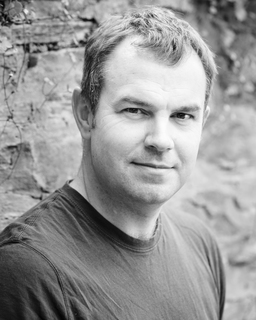 A graduate of the Welsh College of Music and Drama, Keiron has worked extensively with Cardiff based MAPPA MUNDI THEATRE COMPANY.  He also co-adapted Canterbury Tales and The Three Musketeers for the company, adapted Moll Flanders and directed Tartuffe.

He gave his Bob Acres in Sir Peter Hall’s West End production of THE RIVALS and  has also worked for the Sherman Theatre Company, Made in Wales, Hijinx and performs regularly on Radio 4. He also appeared as Angus in Black Rat’s production of NEVILLE’S ISLAND and has been Buttons and Much in the Hiss and Boo/Newport Riverfront Pantomimes’ CINDERELLA and ROBIN HOOD.

He most recently appeared as DAD in LOVE AND MONEY for Waking Exploits.

Keiron wrote and performed in BBC Wales sketch show LUCKY BAG and played the none too bright PC Claude Cox in BBC Wales sitcom High Hopes. He has been victim of the week in CRASH (BBC Wales) and CASUALTY (BBC 1) but is most widely known for playing hapless dentist ROGER BAILEY in BBC1’s sit-com MY FAMILY starring alongside Robert Lindsay and Zoe Wanamaker.

He has also been DAD in a Maggi advert. You could see the back of his head.

Keiron is also a writer adapting AESOP’S FABLES and CYRANO for Theatr Na N’Og. With co–writer Giles New he has written extensively for TV and Radio, credits include SADIE J (CBBC), GROOVE HIGH (Disney Channel), SHAUN THE SHEEP (Aardman) and MITCHELL AND WEBB  (BBC 2) . They currently have several feature film projects in development. 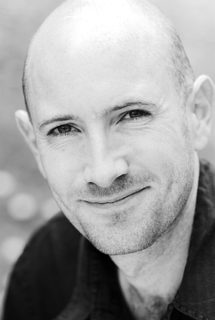 As an actor, James has worked with National Theatre Wales, Torch Theatre, Aberystwyth Arts Centre, Hijinx and many moreHe was a member of Oren for 2 years and since March 2011 is a founder member of Living Pictures Associates Actors Agency.  James has recently worked on Bound by Bear Trap Theatre, Once Upon a Time by Likely Story, Macbeth at Pontardawe Arts Centre and numerous theatre shows, shorts and films.  He is currently Directing and Producing 'Shadow Boxing' a one man show performed in a working boxing gym in association with the Arts Council and Chapter Arts in July. 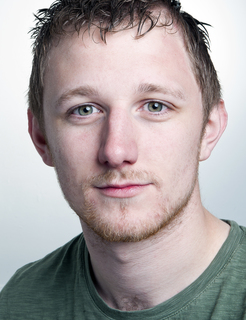 Brent graduated from Swansea Met in 2009. He has worked with a variety of companies since then such as Give It A Name, National Theatre Wales, Volcano, Peer GrouP and Slingshot Effect. He has worked on a variety of shows from a Ska musical to a zombie chase game. He is also creating and developing his own ideas recently finishing a residency on Swansea High Street for Volcano theatre company. He has also secured National Theatre Wales - Wales Lab funding for some research and development for a show that will hopefully take place in 2014. 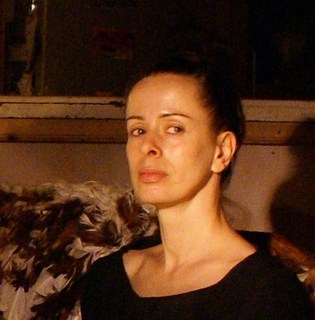 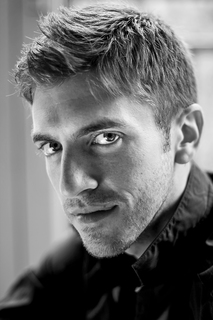 Alan trained at the Atrium: Cardiff School of Creative and Cultural Industries, gaining a first degree in Drama (Theatre and Media).  Credits include: King Oedipus in the Atrium Theatre Company's debut performance, "Oedipus" (2008); Ratty in Black Rat Productions' "Wind in the Willows" (2010);  and Lysander and Mercutio in Bare Knuckle Theatre Company's productions of "A Midsummer Night's Dream" and "Romeo and Juliet" (2010 & 2011).  In 2012 he finished a year-long TIE tour with Is It? Theatre Company, and will be touring in 2013 with Hannah Silva's "The Disappearance of Sadie Jones".  See www.alan-humphreys.co.uk for more.

We thought we would introduce our lovely cast to you in what we are imaginatively calling 'Meet the Cast'. First up is Natalie Paisey. Natalie is delighted to be involved in Reverie, having performed in the previous gaming experience, Everwake. She recently appeared on the long-running BBC/S4C series Pobol Y Cwm as 'Sian Evans'.  She has worked with Josie D'arby in The Newport Monologues.  Other theatre credits includeLove At First Light for award-winning Shock n Awe Performance Company, Madog for Cwmni Mega, The Soul Exchange for National Theatre Wales, Baby for Dumbwise Theatre. Screen credits include 'Mrs Taylor' The Sarah Jane Adventures, BBC, 'Denise' in Welsh BAFTA-nominated short film Funday, 'Mam' in Be A Man for BBC/It's My Shout, as well as numerous independent short films.

ANNOUNCEMENT - If you book your tickets for Reverie by Wednesday 17th April you will receive bonus content. #reveriethegame www.reveriethegame.co.uk

GET INVOLVED IN REVERIE -

We are looking for some volunteers for certain roles for the forthcoming multi platform production of Reverie which is taking place in May and is being produced by yello brick and directed by Gerald Tyler.

We are looking for people to fill one of the following three roles:

- Stewards - This role will based at one of the venues and consist of guiding participants into the space.

- Facilitators - This role will require people to facilitate a mini game in character within the production. (This role will be workshopped)

Everyone who helps out will get a free ticket for the production and access to advanced content.

If you are interested in any of the above roles, please get in touch as we would love to hear from you.

Drop me an email at allie@yellobrick.co.uk

For more information on the production visit: