Things I Forgot I Remembered 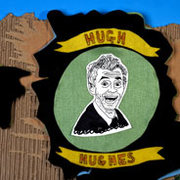 Join emerging artist Hugh Hughes for his first ever production on Anglesey.

Hugh says: "I recently found the journals I wrote as a child in my bedroom in Llys-Derwydd in Llangefni, on the Isle of Anglesey over 30 years ago, between the age of five and 14, between my fifth birthday on 22nd August 1973 through to Thursday 2nd September 1982.
I have decided to use them as the foundation of my art project, which I have titled Things I Forgot I Remembered. I will make audio material that people can listen to on site, develop a website, make short films and create a live show to share what I discovered when I found my childhood journals."

To find out more about Hugh Hughes, visit Invisible Town Stories, where he shares tales and adventures from his years growing up on Anglesey. 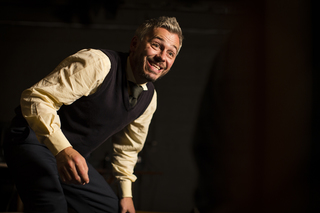 We've also created a Storify story about Things I Forgot I Remembered, to collect and share online content around the making of the show. You can find that here.

You need to be a member of Things I Forgot I Remembered to add comments! 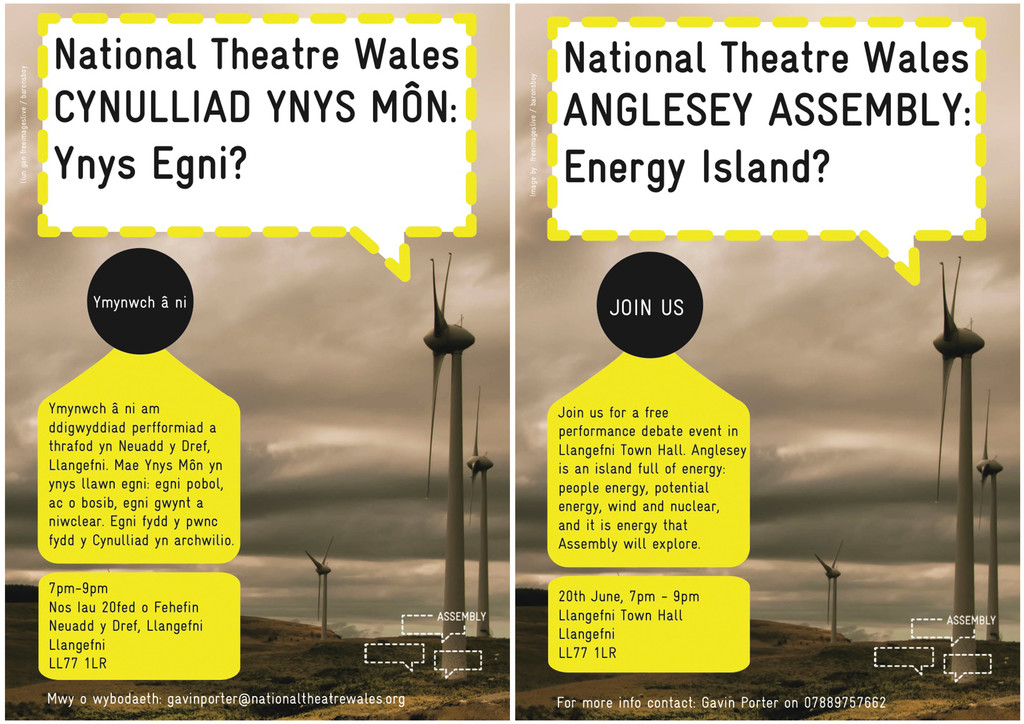 ‘Anglesey is an island full of energy: people energy, potential energy, wind and nuclear, and it is energy that Assembly will explore.’

Assembly is a performance/debate event that responds to a local issue in a creative setting, leaving space for the audience to discuss and react.

NTW's first (UK based) Assembly of 2013 is one week away and if I'm honest I'm getting a tad bit excited. This will be the first Assembly that I will have the pleasure of Directing and I'm beginning to feel like a coiled spring, wound up with anticipation over what will be created next week. From speaking to people on Anglesey it seems almost everyone has an opinion on energy production in relation to the Island, Nuclear and Wind being the most obvious. Assembly will be an entertaining theatrical evening where there is a chance for the audience debate the issue of Energy.

We have a wonderful Cast and Crew assembled.

Although we have a core group of performers if you are a poet, actor, singer, band etc and you'd like to get involved in the production give me a call on 07889757662. We will be rehearsing in Theatr Fach Monday, Tuesday and Wednesday. The event will be taking place on 20th June, 7pm - 9pm, Llangefni Town Hall. 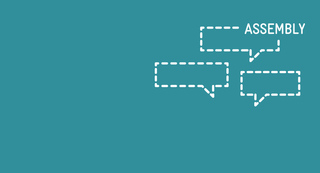 So the time is fast approaching the for the first Assembly I will have been involved in since my appointment as Creative Associate in May. I am beginning to get excited about what will be created between now and the 20th. I am beginning to put a team together and we will start rehearsing/devising on 17th June.

After our visit to the Island and speaking to people from the community we have decided to look at energy as a theme. Naively, I thought that the issue was clear cut - Wind=Good, Nuclear=Bad - But this is not the case, Wylfa-A, Wylfa-B, onshore wind, offshore wind, there are pros and cons for all.

Within a creative setting, using performance, poetry, song etc the Assembly will explore what are the opportunities and pitfalls of energy production on the Island, but also look at the issue within a global context and provide space for the audience to debate these issues and respond.

If your in the area please come along to Llangefni Town Hall, 7pm, 20th June

Just got back from a glorious trip to Anglesey to get familiar with the Island.
Stunning weather.
Lets keep fingers crossed for June! 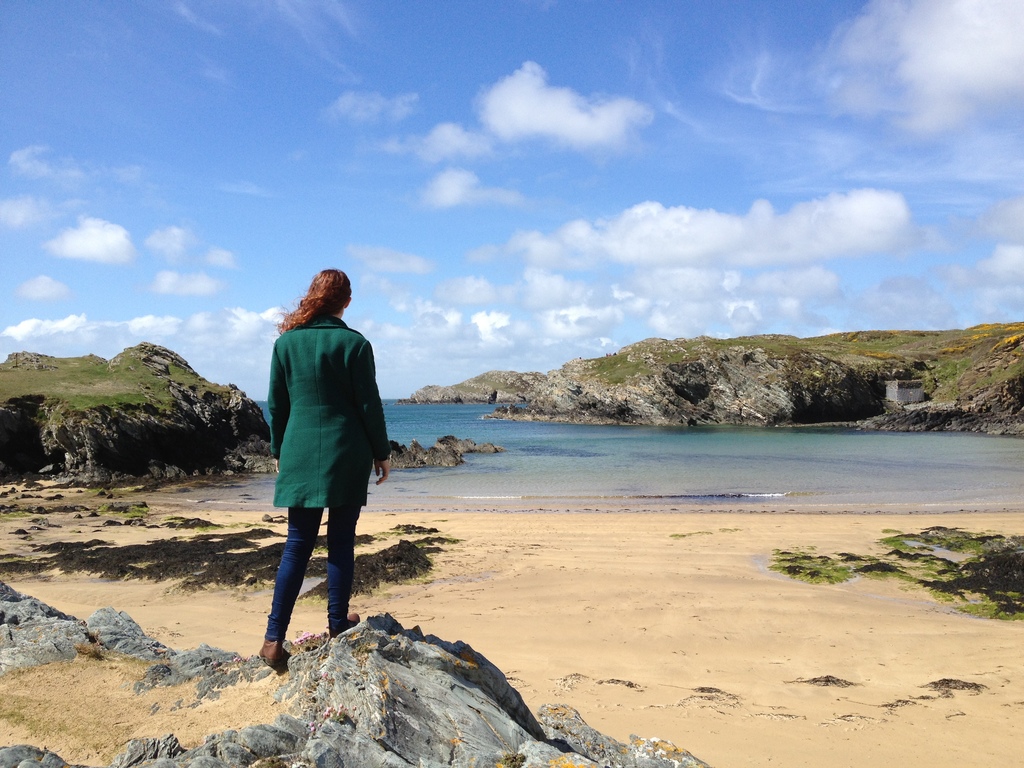 National Theatre Wales, Hoipolloi and Welsh Music Foundation will be resident on Anglesey throughout the month of June 2013. We'd like to invite you to join us in Llangefni Town Hall on Thursday 30th May from 6.30pm to launch the residency.

There will be some food and drink, live music and an opportunity to find out what we'll be up to in Llangefni, Holyhead and across Anglesey this June. You don't need to RSVP, just drop in on that evening.

Today's delights in the Hoipolloi office include listening to a draft run-through of 'Things I Forgot I Remembered', editing some stories into bite-sized chunks to share with you, redesigning an Anglesey Monopoly board to include sites of interest to Hugh Hughes fans, preparing for six weeks in Anglesey starting Monday and homemade curry for lunch! We are getting very excited about all the magical events planned for Things I Forgot I Remembered!

So Julia and I spent a glorious 7 hours on the train to Anglesey on Thursday last week - a two and a half hour delay was not the best start!  Perhaps His Royal Highness could collect us on the Sea King next time and drop us off?

Our quest was to find suitable accommodation and office space in preparation for our Anglesey residency in June.  We met some wonderful people and shall be joining the Llangefni gym as a consequence of the compelling advertising - "Fed up of being fat and ugly? Just be ugly. Join hardcore gym"!

On Friday we met the Communities First team in Holyhead and were treated to a fantastic tour and potted history from Alun.  Things What I Learnt.......Holyhead has the longest breakwater in the UK, the only square lighthouse and an exact replica of Marble Arch at the start of the A5, which goes all the way to Marble Arch in London.

I also bought some fantastic Welsh gifts for New National Theatre Tokyo in preparation for our visit in April from the marvellous Ucheldre Theatr, where the show will also be performed.  Great cafe too.

It's going to be a fantastic adventure during May and June and if the sun shines too I can't wait to climb Snowdon again and tramp a few of the coastal paths.

Make sure you come and say hello if you are in the area.  We'll post up more details of where we will be and when

This week the Comms team have been in Anglesey with HoiPolloi, who are creating some of the audio elements of the show, to find out more about the area and meet as many interesting people as possible. I've shared some photos in 2 blog posts (here and here).