Alan has a first degree in Drama (Theatre and Media) from the University of South Wales. He has worked steadily as an actor since graduating, and later this year he will be touring the UK with Hannah Silva's "The Disappearance of Sadie Jones". See www.alan-humphreys.co.uk for more. 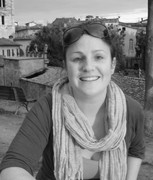 I started my working life as a theatre make in Wales following an inspiring 3 years at Aberyswyth Uni. Since then I’ve been working as an actor,started a theatre company www.likelystory.org.uk and worked creatively with young people. 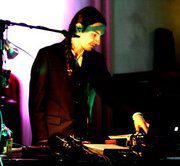 Clown Clare is an award winning Clown, Actor, Dramatherapist and Facilitator, performing and teaching internationally. She trained at RADA, The Institute of Dramatherapy, Circus Space, École Philippe Gaulier, and with Sue Morrison (Canada). She is currently devising a solo show, teaching Clown and Mask and “clown doctoring” throughout the UK. 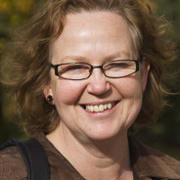 My main practice of using film, sound & installation was formed during post-grad studies at the Slade School of Art. Since then I've exhibited work exploring issues of identity, class & gender. 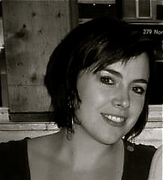 Jess trained at the London Contemporary Dance School and went on to join ‘Transitions Dance Company’ at the Laban centre. Jess works mainly in London as a dancer, choreographer and teacher. Currently Jess works for theatre company ‘Frantic Assembly’ and this has a huge influence on her work.

I am a writer and performer based in Cardiff, originally from Dagenham. I graduated from Swansea Met. University in 2007 and since then have been working freelance in Wales. I am inspired by real human stories and theatre that happens beyond buildings and that invites me into a magical world rooted in human truth. 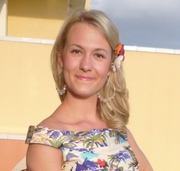 I am a performer and student at the University of Salford studying Performance specifying in Physical and Dance theatre. I first worked with National Theatre Wales when I played Joanie in Marc Rees’ ‘For Mountain Sand and sea’ in the company’s founding year and have since become a TEAM member. I also enjoy marketing for performance and teaching dance and drama in communities.

I endeavour to establish and disseminate creative-projects in abundance, with beautiful, meaningful and magical outcomes. I continue to pursue my creative life, creative development, international collaborations, celebrations and JOYOUS moments with multi-media/visual artists and performance-makers. 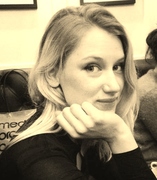 Mawgaine is from Penarth in South Wales. She studied in Aberystwyth and in London, graduating last year from MA Advanced Theatre Practice. In December she reconstructed the end of the world with MayDay Theatre as part of FutureShock at Camden People's Theatre. She is currently assistant director on Neon Neon and National Theatre Wales' Praxis Makes Perfect.

Phil Smith is a writer, performer, researcher and teacher, often making performances based on walking. Author of ‘Mythogeography’, ‘Counter-Tourism: The Handbook’ (both Triarchy Press, 2010) and co-author of ‘Walking, Writing and Performance’ (Intellect, 2009). Company dramaturg for TNT Theatre (Munich), member of Wrights & Sites (Exeter, UK). He is Associate Professor (Reader) at Plymouth University. 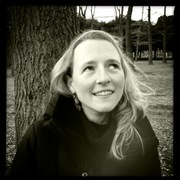 Rebecca Woodford-Smith is a performance maker, her practice lies between theatre and dance. She collaborates with Gekidan Kaitaisha (Tokyo) (2004–present), and with artists from a range of disciplines. Rebecca is a lecturer in Theatre and Performance at Glyndŵr University, and is currently completing her practice-as-research Ph.D. at Middlesex University. http://rebeccawoodfordsmith.weebly.com/index.html

Siriol Joyner is a choreographer from Aberystwyth, Ceredigion and is developing a practice which investigates the relation between thought & movement and dance & sculpture. Working outdoors, in nature is an important and developing element of her practice. Siriol’s solo work is presented under the name of “Y Barcud” – “The Red Kite” she is also engaged in long term choreographic research with Irish choreographer Ruairi Donovan under the name "CELTIC RADICAL". Siriol is artist in residence at Cwmni Theatr Arad Goch, and recently joined Aberystwyth Arts Centre as an Associate Artist and Dance Buddy as part of Wales Dance Consortium. 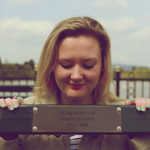 Sarah is a freelance Arts Producer and Promoter, currently based in Cardiff. She has a Degree in Drama and Theatre Arts and a Master’s Degree in Arts Administration and Cultural Policy, from Goldsmith's College, London. You can get to know her and her work by following her twitter: @defythestars87.