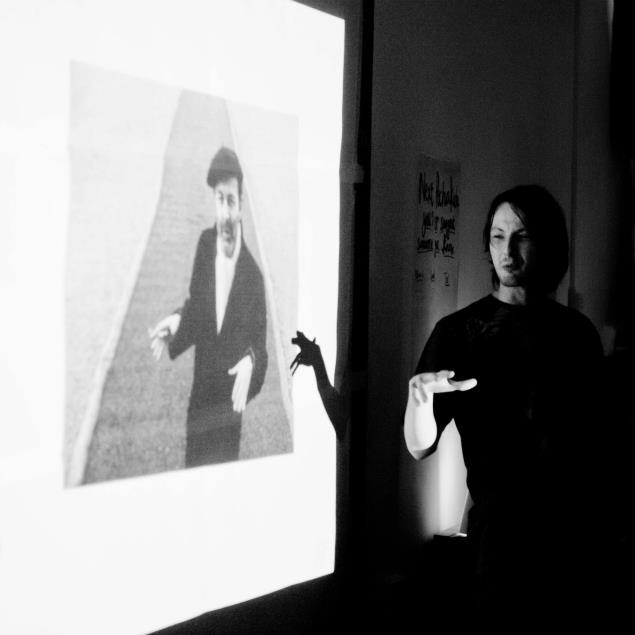 What I do:
Poet, Musician, Comedian, Actor?

A little more about me:
I try and be better every day and some days it works.

Lonliness in the connected age

I'm not very good at self promotion

You can get in touch with my agent

Actor or at least pretending to be.

"There was a man who dreamed of becoming an actor, so he spoke only lies... then it came true."

I wrote that a couple of years ago and couldn't figure out what it was. Not funny enough to be a joke, too short to be a poem. I classified it as a vague, philosophical musing and continued with my meandering existence.

Looking back at it now it seems almost prophetic, as I am now in the rehearsal stage of my first acting role in an independent feature-length film entitled…

Hi Luke, to get involved in DGW, take a look at this http://community.nationaltheatrewales.org/profiles/blogs/calling-all-writers-let-s-get-dirty-gifted-welsh-again x

You certainly are a TEAM member! Find more about the DGW2016 scratch space here: bit.ly/DGWwriters

If you have any questions about TEAM, please email team@nationaltheatrewales.org