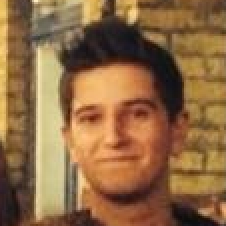 What I do:
Young Arts Critic and Student

A little more about me:
Adolescent student and regular theatre/comedy critic for Young Critics and The Good Review. Occasional actor and writer. I'm also a panelist for this year's Theatre Critics of Wales Awards.

Dirty Protest have got their filthy (but ever-so-skilful) hands on Katherine Chandler’s fearlessly written and deeply felt play, Parallel Lines, which won the inaugural Wales Drama Award last year. And, as is the case whenever Dirty Protest put on something, it’s brimming with ferocious intensity and unflinching controversy. Directed with daring nerve by Catherine Paskell, this is a play with a wicked sting in its tail.

The narrative follows the parallel lives of fifteen…

Hello, Am mabel, I really want to have a good friendship with you. i have something special i want to discuses with you. You can get back to me, directly to my e-mail. (mabelwiltom99@yahoo.in