So tonight is the opening night and we have been in Tech and prop madness for the past few days.

Pornography is a piece of theatre you will never see done the same way twice. Simon Stephens bravely writes...

A challenge that Waking…

The Musician - A New Musical

JEFF SCOTT - Jeff is a tortured but talented songwriter. Playing age is early 20's. Very handsome. He will NOT be playing an instrument. We are looking for a a true rock/pop voice to take on this challenging role and front the band.

I was just wondering whether there are any productions in Wales heading to the Fringe this year who are looking for volunteers? I'm extremely interested in anything to do with....anything going up there. I can't find anything on the internet so far. Help?!

"When we've killed all the animals

Men will be next."

For you who may not know about the Incubator Project run by the Wales Millenium Centre, it is a fantastic chance for a group of people to play about with any ideas they have and show them all in front of an audience.

There will be a showing on the 3rd of May at the Weston Studio, WMC of the work produced from the two companies who have been working ont he most recent Incubator…

Clytemnestra - Up and Running!

Well, it was 6 weeks ago that we embarked on rehearsals for Sherman Cymru's production of Clytemnestra, adapted by former National Poet of Wales, Gwyneth Lewis.

After our readthrough on the first day, which clocked in at a far-from-mammoth 45 minutes, I think a few of us maybe questioned whether we were going to need 5 and a half week…

Interested in working backstage?  The National Theatre Wales have a number of opportunities for backstage placements for our next three productions.

People interested in backstage work are invited to send a CV with a covering letter explaining why they are interested in a placement and how they think they will benefit from one to our TEAM Co-ordinator:   devindadesilva@nationaltheatrewales.org

This Friday, The Radicalisation of Bradley Manning will be performed at Connah's Quay High School. It will also be live-streamed across the globe.

I'll be watching the show online from my in-laws' house in Liverpool, and will be chatting to David House from the US Bradley Manning Support Network and Naomi Colvin from the UK Friends of Bradley Manning.

David is a friend of Bradley's (he features in the play, so it will be a curious experience for all of us watching) and…

"Welsh gold and African diamonds”…the arch of a rainbow

Cheesy? Perhaps. Poetic? Most definitely. True? I believe so.

My name is Beca Lewis Jones and I am the Project Officer for Mzansi Cymru. Let me explain; I never go anywhere without a notebook and pencil case (my notebook is known in the office as The Bible and my pencil case is overflowing), I write 50 emails a day and receive 10, I am addicted to meetings, I am never far from a kettle and the boot of my car is full of props for school workshops.  All this is in…

The Globalisation of NTW18

It's 2.20pm Saturday and I'm logged into the livecast for The Radicalisation of Bradley Manning.  The audio from the preshow is feeding through, while the onscreen message reminds me that the performance starts at 2.30.  The audio feed creates a real tension.  'This is all rather exciting' comments a guy called Rory in the livechat box.  I am incredibly nervous - as nervous as on press night for the show on…

The project is part of the Cultural Olympiad and brings together the communities from the South Wales Valleys and the townships of Cape Town South Africa in an inspiring love story told through drama, music, circus and dance.

A Bit of Pornography.

For the last three weeks I have been lucky enough to shadow Mathilde Lopez, director of Waking Exploits whilst she dissects and re-constructs the controversial play Pornography by Simon Stevens.

Here is a few sneaky shots I took early in the process...… 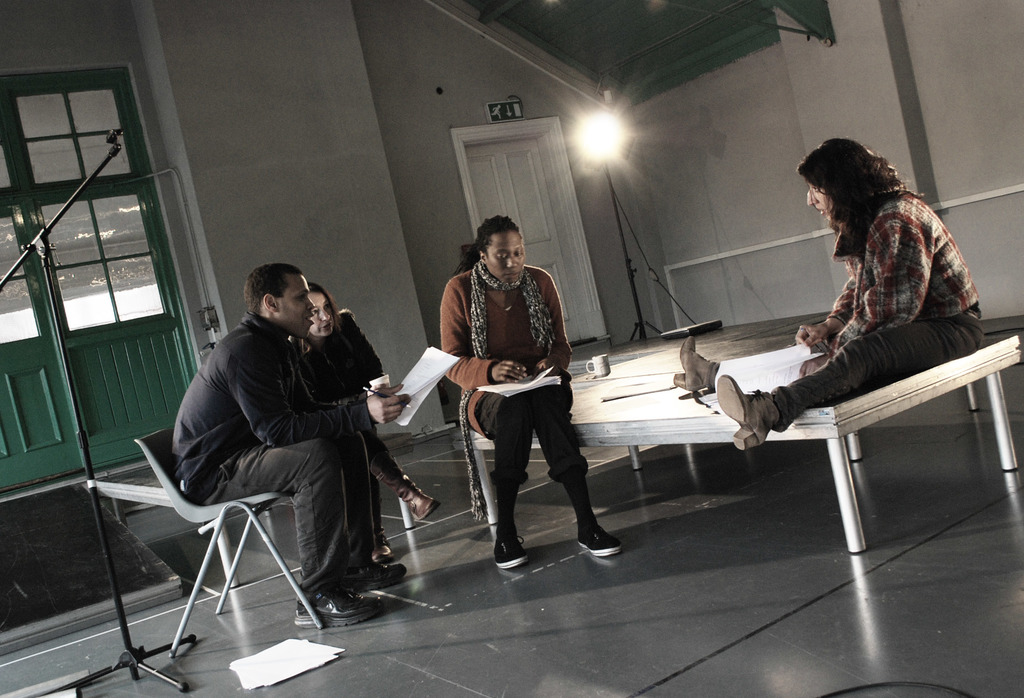 The experience starts as soon as you walk through the front doors of Cardiff High School; huddling in the stairwell before a girl with a walkie talkie directs you upstairs in small groups, to experience the journey to the auditorium – a well designed walk, where you are subjected to primarily unnerving sounds of war and army barracks, which contrasts dramatically with the adorned High School walls, proclaiming netball fixtures and displaying the colourful works… Continue

CARDIFF'S GOT TALENT: NOW ON SALE! 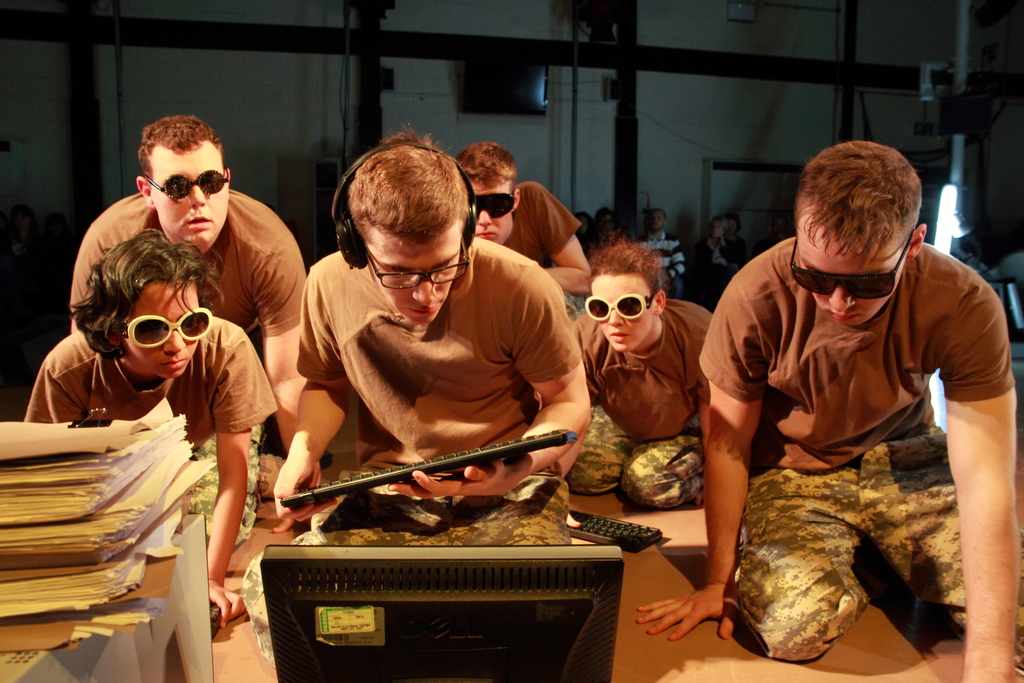 The live-streaming of The Radicalisation of Bradley Manning starts again tonight. You can catch it at nationaltheatrewales.org/bradleymanning/, at 19.00 BST.

You can also book to receive a reminder by clicking on the same link, but but you don't have to book a…

NTW TEAM on the Streets for NTW18 - My Personal Experience

Last week myself and other members of the Cardiff NTW TEAM went out on the streets of central Cardiff to ask people: "What would make you protest?"

Some people walked past us and ignored us, others took a flyer and a badge but didn't want to stop and talk and some people really wanted to tell us what would make them protest and hear about the show and National Theatre Wales.

Whilst out and about there were a few things that became apparent to me.…

digital makers, thinkers and visionaries: come and work with us for 1 year

National Theatre Wales’ Assembly is developing into democratically- elected projects to be delivered across the length and breadth of Wales.

After an exciting first Assembly held in Adamsdown and Splott, Cardiff, and the second to be delivered in Carmarthen suggested…