Are you in need of little human Kontakt?

Need a break from a world that favours technological contact over good, decent, honest, face to face communication?

Do you ever find…

I was thinking about tiny people in the world of the huge, I think its symbolic, and I remembered reading Gulliver's Travels as a child.  I must have read it half a dozen times.  The little giant girl who captured Lem and put him in her doll's house in Brobdidnag was named Glumdalclitch!  How com little girls don't get named that today.  I think its lovely.  Glumdalclitch Clack!  What a great programme for next year.  The interconnection with the community carries on at a pace.  Thiis was high… Continue

We're super-proud to let everyone know that the Chair of our board, Phil George, who set up National Theatre Wales (and gave us all our jobs!!) has deservedly won the Inspire Wales Award for Arts Media and Creative Industry. Here's more details.

The war on terror is in its tenth year, every day we see images of destruction and hear about the deaths of our troops through the camera lens. But how often do you get to listen to those who have actually been… 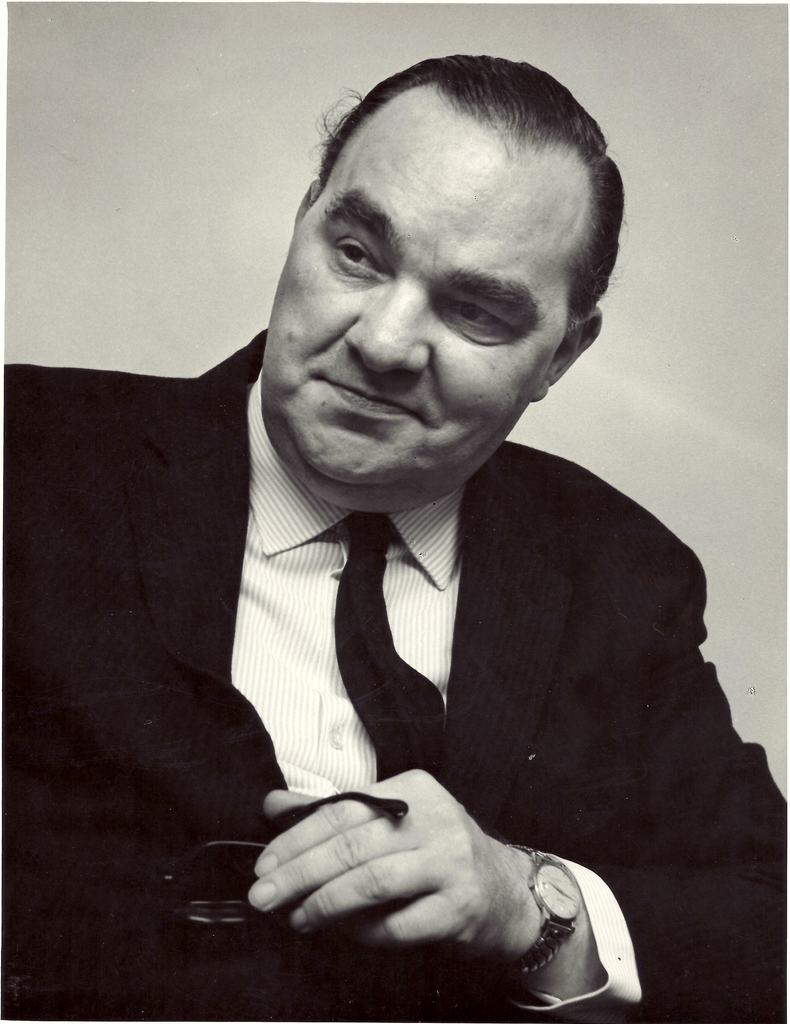 Last week I meet Colombian writer and novelist Juan Esteban Constaín, who was visiting Wales as a guest of the British Council.

He'd already had a whirlwind tour of the Hay Festival, which had obviously impressed him very much, but he also wanted to know more about our national theatre.

Perhaps not surprisingly for a writer, he was fascinated by Gwyn Thomas,…

Over the last month the words from A Sunday Roast have slowly lifted from the paper and come to life. Along the way I have of course come to face many problems, and with just over two weeks left to go I am sure to face many more. It is from these difficulties that I have come to see the most interesting of sequences.The original script for A Sunday Roast wouldn't even recognize what it has become. With more added movement than I had originally planned the creation of A Sunday Roast…

We are extremely proud to announce that NTW have been awarded £175,000 from the Calouste Gulbenkian Foundation to create a new show based on an idea which was brought to us by four young artists from Butetown.

Inspired by their involvement in the Soul Exchange and the Butetown Assembly Ahmed Ibrahim Hassan,…

We're busy getting quite excited about Blysh at WMC this summer. Highlights include Silvia Mercuriali's new piece And the Birds Fell From the Sky, Port of Amsterdam, inspired by the rich history of Cardiff Bay's docks, and the 40-odd free events.  Here's some info...

Looking at the world this summer with Cuatr00jos

I want to share with you all some information on an experience that I and Carolina Vasquez will be embarking on in Colombia this summer.

Cuatr00jos means 'four eyes' in Spanish. It's a saying in Colombia that encourages people to look at the world differently. When you put a pair of glasses on you'll be looking at things with new…

The Passion on the BBC 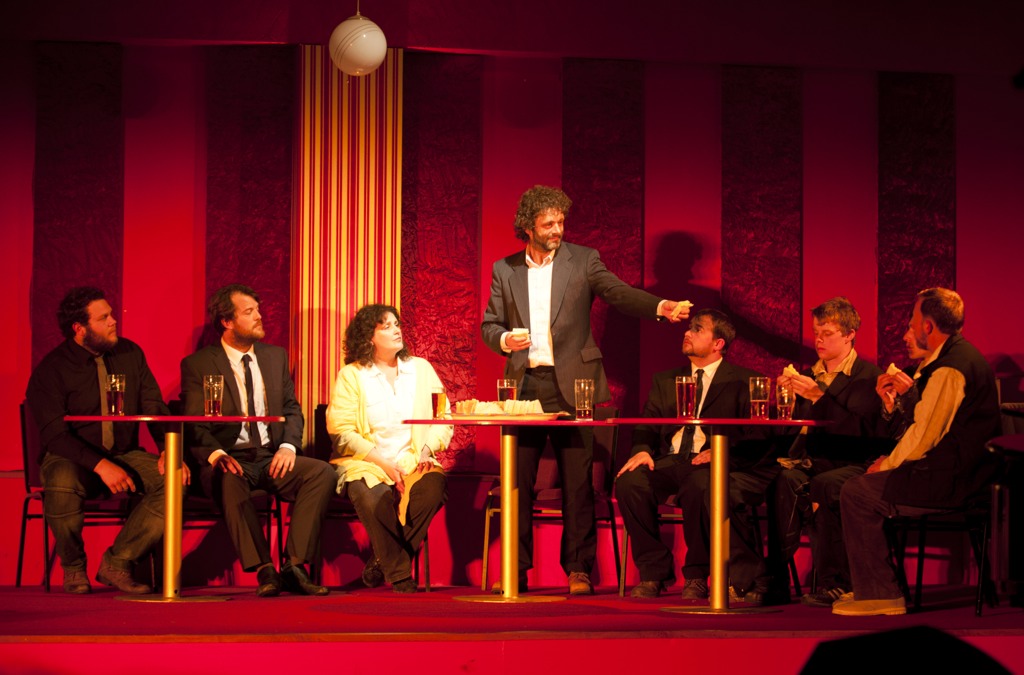 Part two of the BBC's documentary on The Passion was broadcast last night (Passion in Port Talbot: It Has Begun...), examining the production itself, one episode at a time.

in fragments: ...a possible beginning?

...for anyone interested in a look at what has been in mine and Mike's shared head space most recently...and to start with something visual: I have posted a video from last month's Patagonia: enactment + autopsy 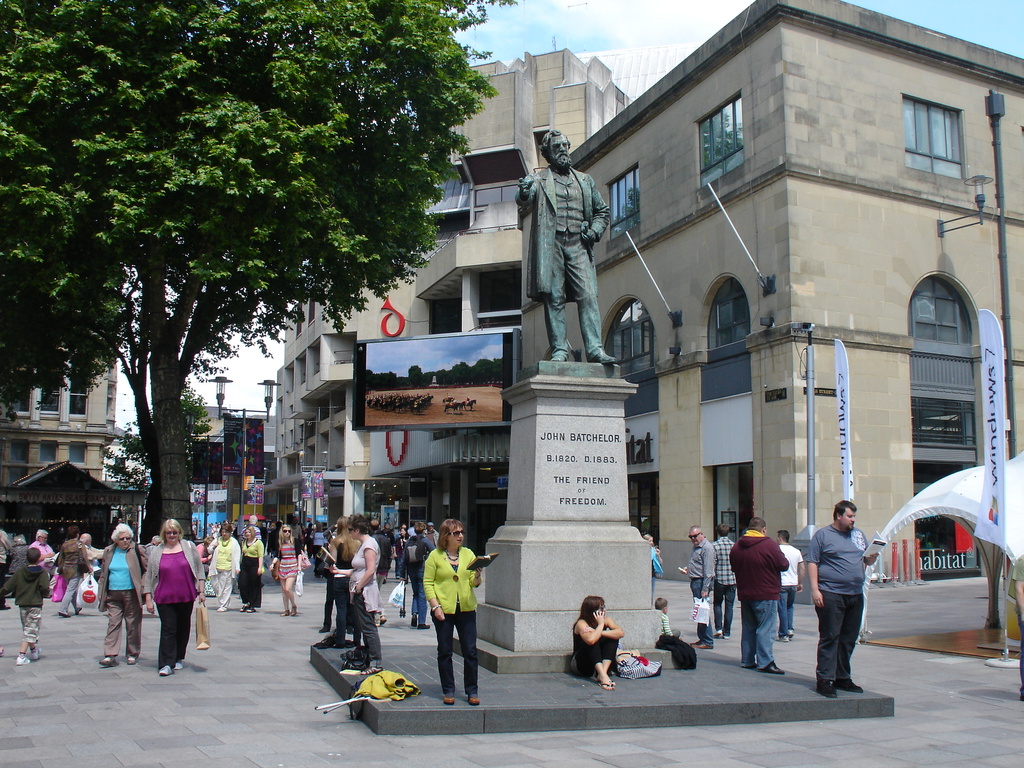 Lovely event this morning - lots of interaction with passers-by. 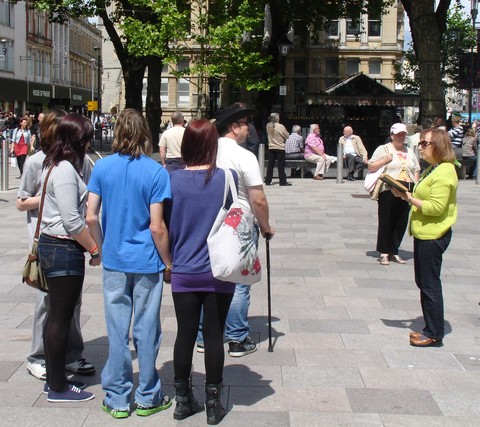 Empty Pocket | Behind the scenes of upcoming show [On]Stage

Empty Pocket's most ambitious, and largest project to date!

[On]Stage is a one night creative showdown, presenting two very different pieces where the main characters are absent from the stage.

Fittingly, as these freshly penned scripts take to the stage they draw our…

Its that time of year again when young theatre practitioners across the country have to move out of their students digs (or putrid alcohol stained squats, however you like to look at it) and find ‘real jobs’ in whatever this ‘real world’ is. Luckily for us theatre never is quite the ‘real world’, and hopefully we will still get it dream big in our jobs.

So the questions is.....whats next?....I've just finished at university (Trinity School of Theatre and…

….a genre of performance in itself.

It’s quick, quirky, light-hearted, fun, interactive, cosy and site-specific. Delivered script-in-hand, it can only be described in long and punchy lists, peppered with hyphened words.

We want to make these nights of theatre as accessible, fun and casual as an afternoon spent drinking tea and eating chocolate bourbons.

Our first theatrical tea party was – fittingly enough – on…

We are Empty Pocket Theatre, a group of aspiring writers, actors, theatre-makers, founded by Anna Poole and Natalie Stone.

It all began a year ago when two young writer/directors were united through the Sherman writers group and involved in a forming a script for the Springboard 2011. Soon after graduating in ‘10 they were thrown out into the big bad scary world to find a job. Unfortunately this was easier said than done and after a sea of…

I got a rather odd look from an elderly lady as I purchased a tacky, broken Elvis toy from her charity shop. For some reason, this kind old woman couldn't quite understand why I was about to splash out 25p on a once-lovely item that had been absolutely ruined by the children. Similarly, the man in the PDSA store was reluctant to ask what kind of 'desperate times' led to me buying two Action Men. Little did they know that ten minutes later I'd be helping to break up the…

Whatever happened to Jane?