I popped into visit the rehearsals for Love Steals Us from Loneliness today, and was lucky to find playwright Gary Owen was visiting the cast and working with Director John McGrath. I took a few photos, and managed to steal a few minutes of his time for him to say a few things about the play, and about Bridgend, where it's… Continue

Jennifer Hartley is the founder and director of Theatre versus Oppression and she recently was invited to talk at the TEDx conference in Bangkok. She spoke about truth and perception and how this relates to the work of TVO.
Have a look!
www.youtube.com/watch?v=vF5an8JHrOQ

thinkARK gets into gaming and celebrates it's first birthday

It's a year since thinkARK began. For those of you who do not know us we are a group of creative people that can be found every Wednesday evening at Cardiff Arts Institute,…
Continue

Already into week 2 rehearsals for Love Steals Us From Loneliness, can you believe it...?!

Hello hello! Well, we've been so busy in rehearsals for Love Steals Us, that already a week has flown by and i'm yet to have blogged on the shananigans of the past 7 days. So here I am, Remy B, 1/5 of the cast of Love Steals Us, here to fill you in on the events so far...
Last week was full of fun and frolics. John set us lots of hilarious 'Challenge Anneka' type tasks around the streets of Bridgend, where I found myself washing a telephone box…
Continue

BYT performed Sweeney Todd this summer and the photos taken by Mei Lewis are rather good, so I thought I would share… 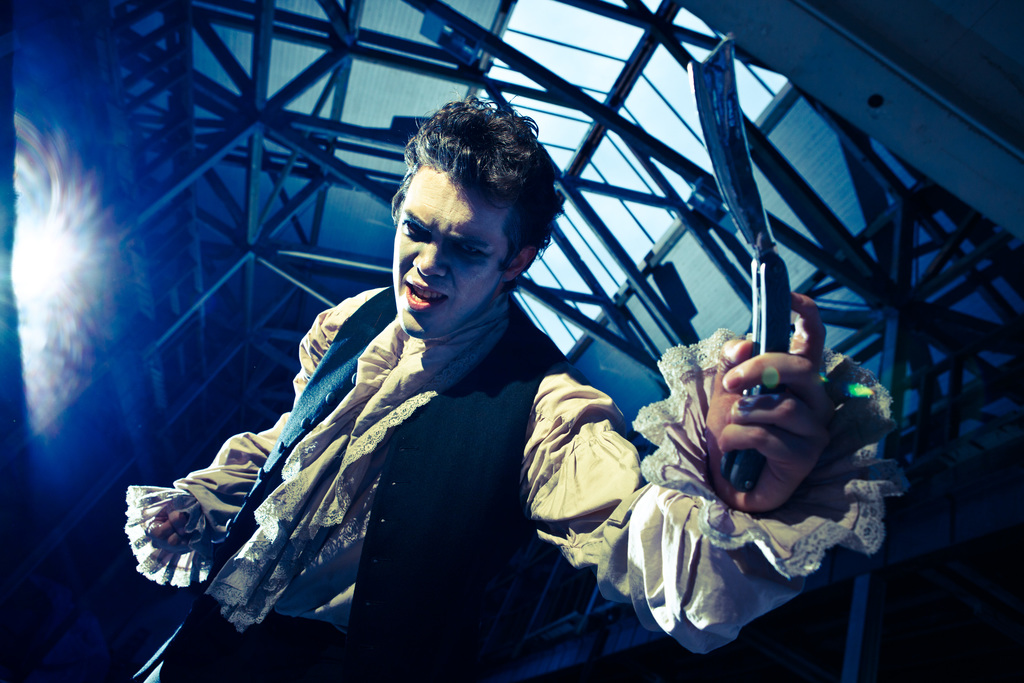 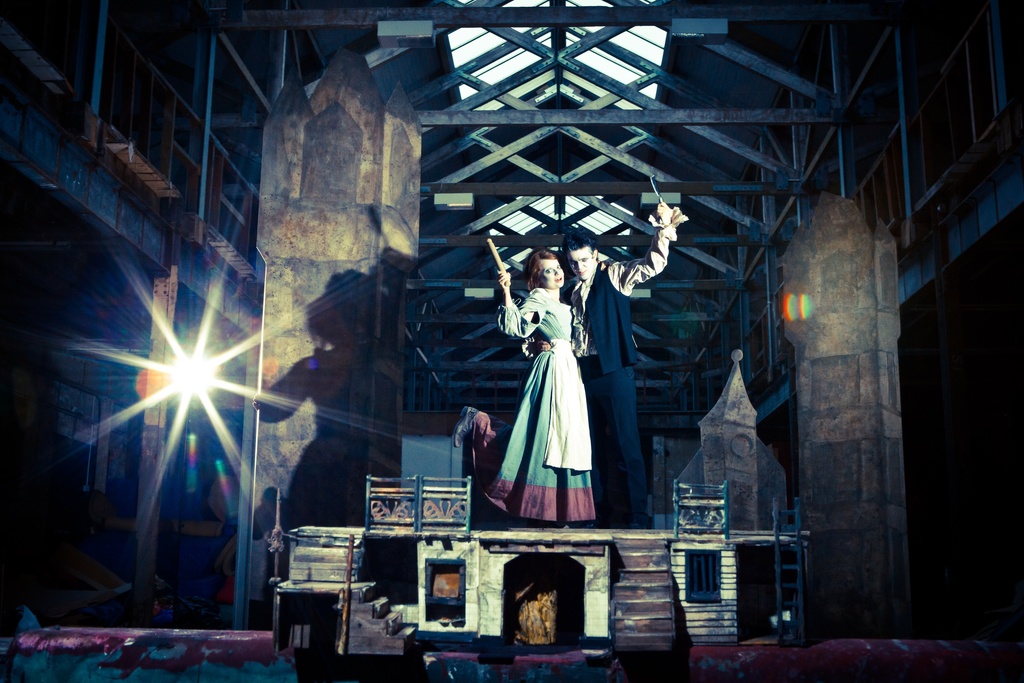 We're embarking on the first rough draft for Soul Exchange and its very very very exciting, with Antony dealing with the 1st section, I the 2nd section and Ali the 3rd section,

It has been an intense process of finding information from the local community of The Bay/Bute Town/Tiger Bay,- in the simple fact that most of the stories we heard are unbelievable, the richness of the community, the area, the history, the heritage in mind blowing,

Its a joy and a major task to… Continue

As we decended on Bridgend again, the sun was shining and we all boarded the open top bus ready for our guided tour of Bridgend courtesy of our lovely tour guides Katie and Mark. It was fab to actually build up a physical picture of the town.

We toured around the various sites mentioned in the play - visited many drinking establishments - had a sneaky peak in The Roof and familiarised ourselved with the 'pub crawl'. I had an education into the 'shots' culture...I felt…

Dutifully doing my homework, I am currently trawling through the script to find all references to places in Bridgend - so that tomorrow we can visit them all and put everything into context. Really looking forward to seeing all of these landmarks as we take a guided tour through Bridgend courtesy of local actors Katie and Mark! I'll let you know how it goes and hopefully I will soon have learnt how to upload some video so I can give you some little 'bytes' of rehearsals..bye for…

TEAM NTW03: Is youth a state of mind?

Following NTW03's Assembly, Melody Brain, Nat Stone and I went round our fair city with youth on our minds. It wasn't skateboards we…

The 'love steals us from loneliness' cast hit the streets of Bridgend - on a mission!

After being brought to tears by the read through yesterday, I was determined that today I would toughen up - I didn't think I would have to be as brave as I was!

Well - we arrived at Cardiff Central for our day trip to the venue in Bridgend. As we were handed out our rail tickets it was like going on a school trip - I was a little over excited and buzzing off too much caffiene and broken sleep...but as we came out the other side in Bridgend, I had to pinch myself to check I wasn't…

To be part of

“VOICES OF PARTITION - A MUSICAL JOURNEY”…

16 hopeful poets battle it out for a place in the London final in this witty war-of-the-words! Jam Bones offers up the juiciest in spoken word with regular slams, jams, and open mics. This is poetr…

16 hopeful poets battle it out for a place in the London final in this witty war-of-the-words! 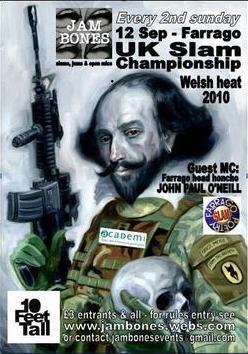 Jam Bones offers up the juiciest in spoken word with regular slams, jams, and open mics. This is poetry with panache, pizzaz, and pout - a vivacious and vibrant mix of rap, comedy, theatre, and literature. Anyone can take part, and no subject or style is taboo!

In this first ever Welsh heat of the… 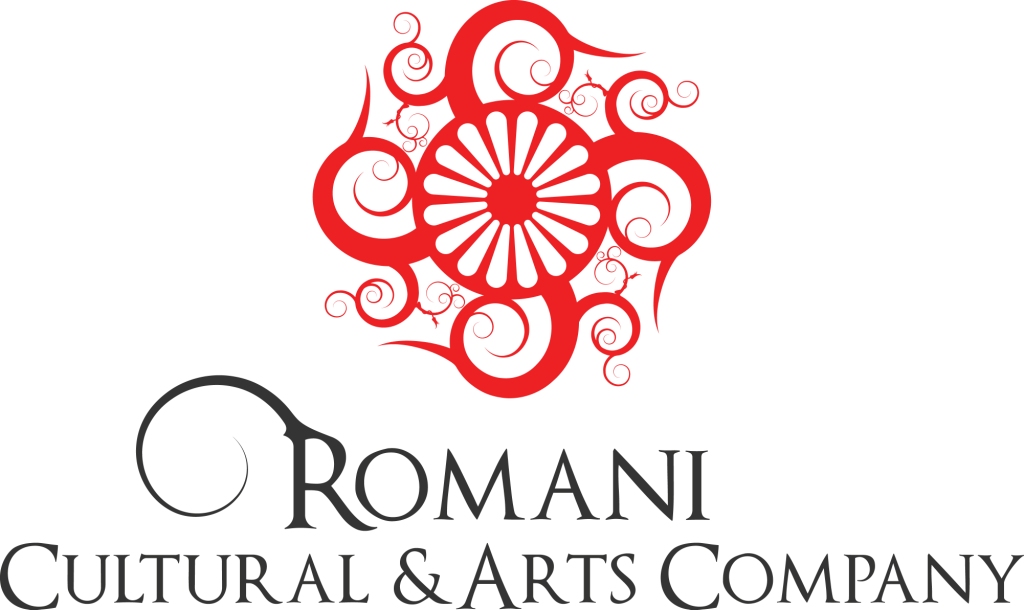 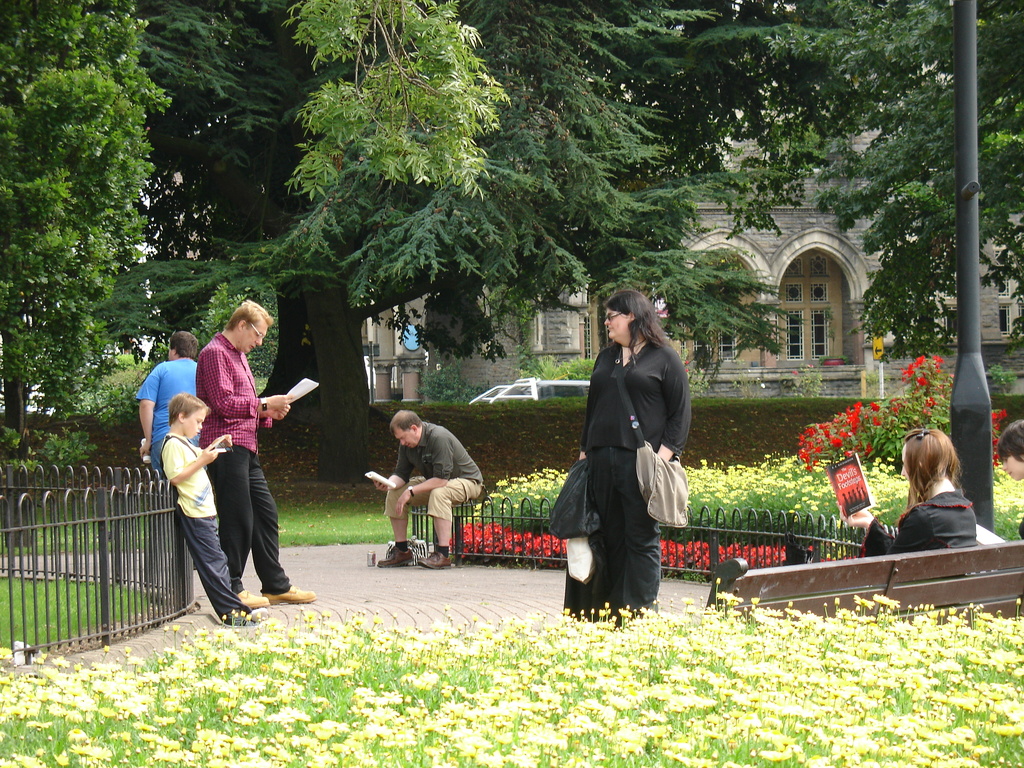 Another public space in Cardiff was successfully transformed into Room to Read on Saturday. Gorsedd Gardens, usually surrounded by traffic noise and a busy route for shoppers to-ing and fro-ing, became filled with the rhythm of spoken words. One passer-by who stopped to listen commented - 'It's like dipping into a…

Seth Godin outlines a common creative affliction: sabotaging our
projects just before we show them to the world. Godin targets our
"lizard brain" as the source of these primal doubts, and implores us to
"thrash at the beginning" of projects so that we can ship on time and
on budget.

Seth Godin: Quieting the Lizard Brain from 99% on… 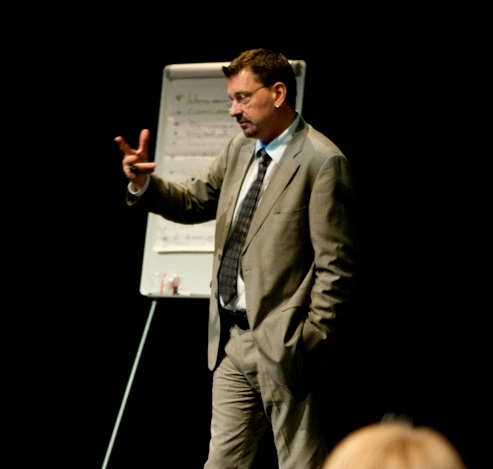 Gypsy, Roma and Traveller History Month 2010 has come to end and what a month it’s been. Last year’s single event at the Chamber of Commerce Building was the… 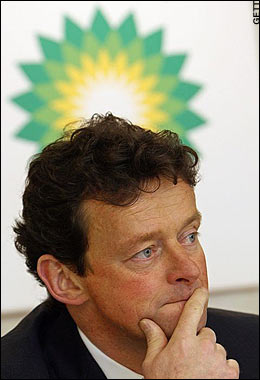 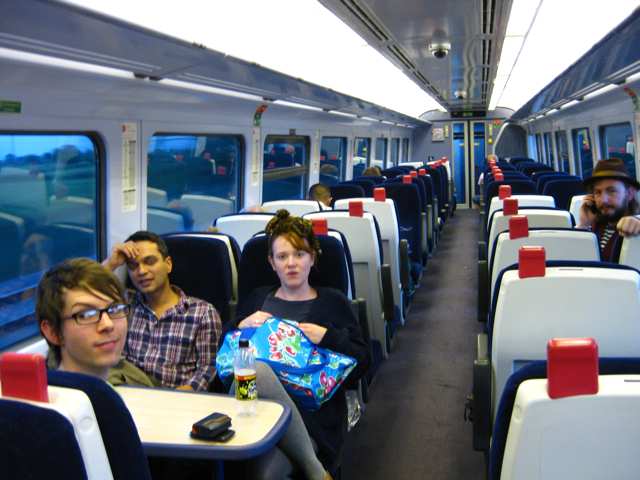 Michael Salmon, Devinda De Silva, Matt Lawton and me went to Newport yesterday evening to visit The Empty Shops Project. We went on the train.

A group of independent artists, with support from Newport Riverfront and Newport City Council, have started an initiative called…