Due to expansion in 2017 we are looking to recruit additional tutors for Redhouse Performance Academy.

We offer classes in Music, Dance and Drama, working towards a performance at the end of the year as well as the…

Dreams, ambitions, goals they are all the building blocks of success. Your own success. If it's one thing that I want you… Continue

Pukka Productions (Barry) are looking for CAPTAIN WALKER for our forthcoming production of 'Tommy' Father to Tommy and husband to Mrs. Walker aged circa 30-40.

Must be available for February 23rd-26th for the show.
Performance at Norwegian Church, Cardiff Bay.

Rehearsals are on Thursday…

For my penultimate Feel Good I've chosen to do it a bit didferent and post it later as it's my final one before Christmas and many people will be on thier way home tonight so I thought they could read it this evening.
Well we're here. Christmas time. And what better than to be around loved ones during the festive period. Christmas dinners, presents, mistletoe too but amongst all that I feel there is a greater message. It's not about the amount of presents you have, or how much it all costs… Continue

Are you interested in helping us build links between Wales and the world?

If you are a senior professional with expertise in arts or education you might like to consider applying.

The eight national companies of Wales are seeking an experienced freelance consultant to develop the shared agenda and priorities set by the collective to ensure a fully inclusive arts sector is achieved throughout Wales.

Wales is undergoing an exciting and dynamic renaissance, led by its national companies, and underpinned by the network of individual artists, venues, producers and festivals. We have a major part to play in contributing to the profile and awareness of…

With Christmas a week away and the new year approaching us we are almost saying goodbye to 2016 and what a bizarre year we've had.
And not long now you'll all be making your New Years resolutions.
And as we go into Christmas and new year there will be people who want to ruin your plans and dampen your dreams but to that I simply say .. keep trying!

I can't change the direction of the wind, but I can adjust my sails to always reach my destination - Jimmy… Continue

Omidaze Productions are seeking to recruit an experienced Technical ASM for their forthcoming WMC co-production and tour of Romeo & Juliet.

We are particularly interested in hearing from applicants with experience in relighting. Role to include regular ASM rehearsal room duties also.

Cwmbran and Porth based actors and facilitators call-out - Paid work

Fio are on the lookout for Cwmbran and Porth based actors for a project in the new year.  We're still looking to confirm dates, so at the moment we're just keen to see CVs, and as soon as we've got more concrete details we'll be in touch.

We're also keen to hear from workshop facilitators as well (who are DBS checked).

Location is important, and it's important that all suggestions are based in Cwmbran or Porth, but we will allow for a couple of miles either way... 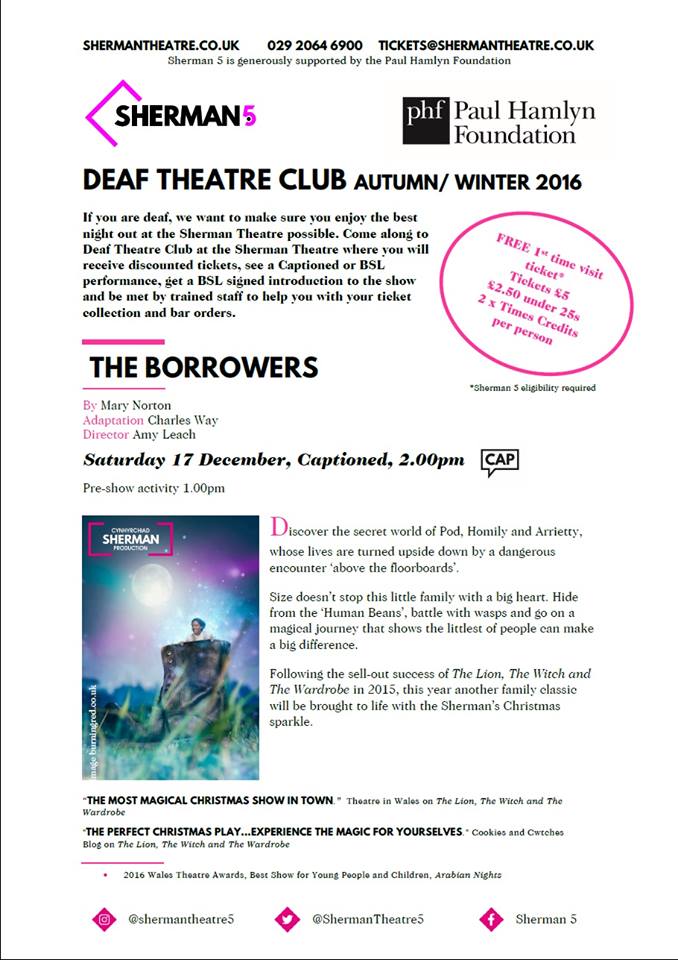 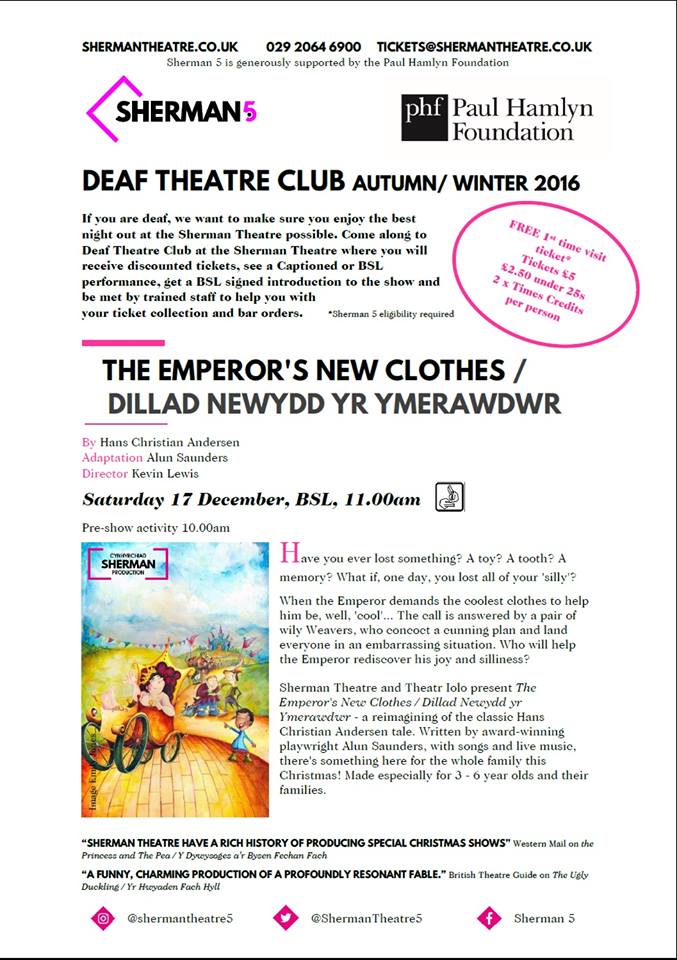 We will have special BSL supported workshops. The free pre-show workshop for The Emperors New Clothes begins at 10 am and will feature playwright Alun…

We are seeking an exceptional individual to join our staff team as Participation Manager.  The post is a strategic appointment to ensure that we extend creative opportunity to those who face the greatest barriers to arts participation within our rural region.  Our…

A message from our friend at Theatre Bristol:
'Theatre Bristol has been commissioned by the Arts Council of Wales to research and report on how shared producing resources in Wales could give everyone a better deal. We may have already spoken to you at the Creative Gathering or at meetings in Cardiff, Swansea, Snowdonia National Park and Carmarthen but there may be more you want to say - and we'd love to hear any additional thoughts.
If we have not managed to meet you…
Continue

Please read the below blurb and check out the crowdfunder for what will be an important film!


Know Hope is about elemental issues of self determination, of the desire for peace, and the never ending search for a resolution to the situation. This complex story follows Zakaria Zubeidi who's life embodies the tragedy and the paradox of the Occupation, he represents their past and is hopeful for their future. He wants…

Sophie Warren, on writing for "A Crappy Scratchy Christmas"

Not a clue how to start writing this, I only very recently remembered that I'd started up a shoddy blog site back when I was 17 where I'd review plays I'd seen after school purely so I could put it on my UCAS application purely so I could get in to drama school... and clearly I owe my place at RWCMD entirely to that botch blog site... I have no idea where to find it and thank god none of my friends do either. Anyway that's probably about a third of my word limit used up already on that mediocre… Continue

What a year 2016 has been and it's only 3 weeks of it left!
Christmas will be here tomorrow and we'll be toasting in the new year straight after.
A lot has happened this year and in some cases it has made us anxious for the future.
But who knows what the future will hold.

“The best way to predict the future is to invent it.” - Alan Kay


You can't just sit around thinking about your dreams and goals, you have to go out there and… Continue

For my second critical chinwag outing I found myself travelling to Cardiff and my first visit to the Chapter Arts Centre in some years. And what a great small arts centre success story it is! It was great to be back.
The play is another micro success story - it started out as a National Theatre Wales 'Waleslab' project, which means that it was initially an exploratory project supported by NTW's creative development policy for new talent and project seeding. From there it has continued to… Continue

OH, I WISH IT COULD BE CHRISTMAS EVERYDAY

...is a saying that frightens me. In fact, the impulse for GOBBLE GOBBLE GOBBLE (a short play written for this years immersive Christmas scratch night event) were these very lyrics. It intrigues me that if it was indeed Christmas everyday then every shop would be closed, thus we wouldn't be able to be the provisions that we need. Turkeys would be slaughtered by the millions. We would exhaust ourselves of all our Christmas… Continue

I was delighted to host the Critical Chinwag for We Made This' production of Light Waves Dark Skies, especially as it was originally supported by WalesLab. The piece has really developed under Matt Ball's direction but is very much a collaborative piece, made through devising.

The play is centred around the idea of light. Light in the extreme (such as the stars), light in the everyday (such a torch or lights in the home) and light in the minutiae (light from screens such as the iPad… Continue

It’s St. John’s Eve, June 23rd 1920, a time of fireworks and folk customs, when young people jump through the fames of the traditional bonfires to gain both the acceptance of their peers and in the hope of securing future relationships… 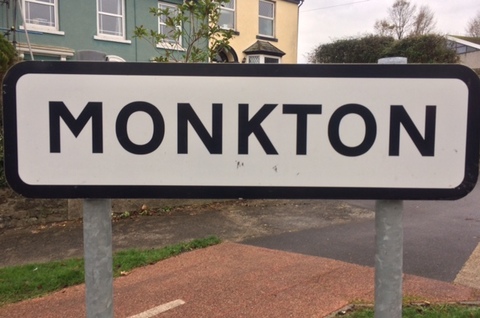 People of Monkton! Has there ever been a certain someone in the neighbourhood who you can say, hand on heart, was truly SOUND? A real legend?

What did they do that…