From Barmouth to top of the tower

Hard to believe that it was exactly a year ago yesterday that we completed the run of NTW04  'For Mountain, Sand & Sea', and how did we mark the occasion? We officially launched our new project ADAIN AVION on top of Wales' tallest building in Swansea with a fly pass by the red arrows...way to go! 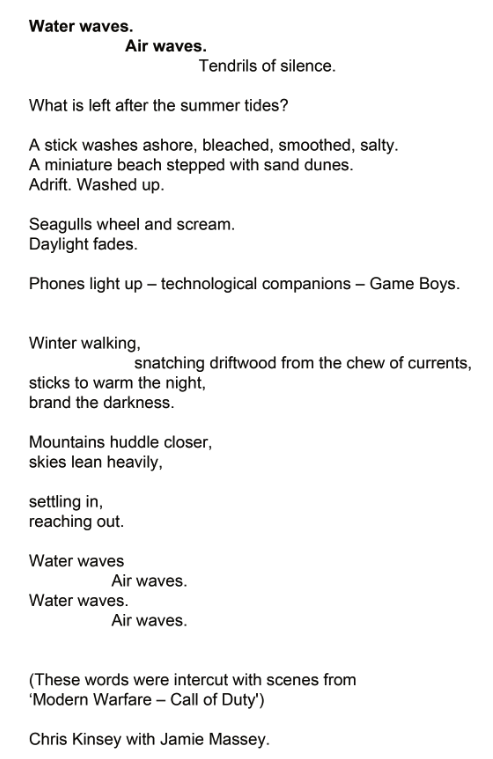 Almost time to leave the Barmouth bubble....diolch yn fawr Bermo am amser bendigedig...
we will miss you greatly…
Continue

'Each man kills the thing he loves' Marega Palser: Image by Warren Orchard 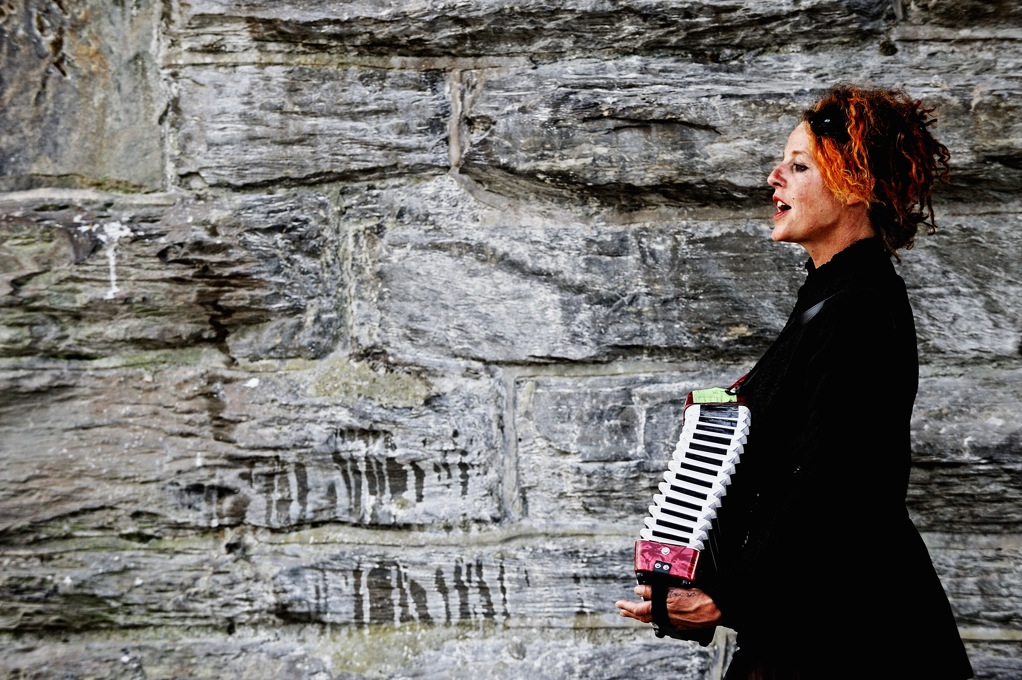 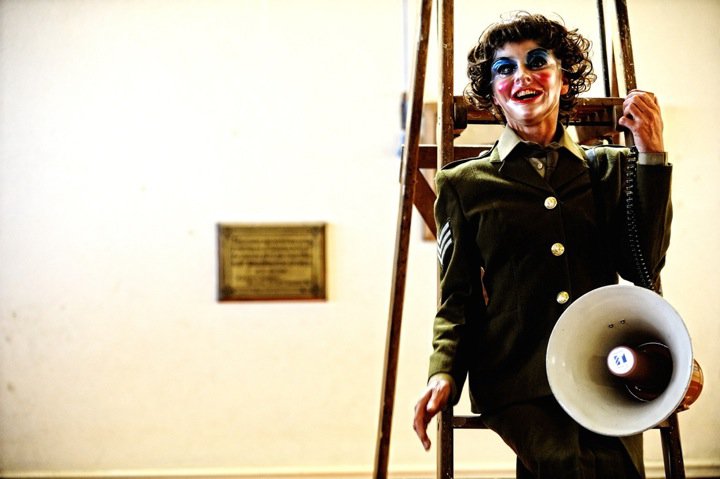 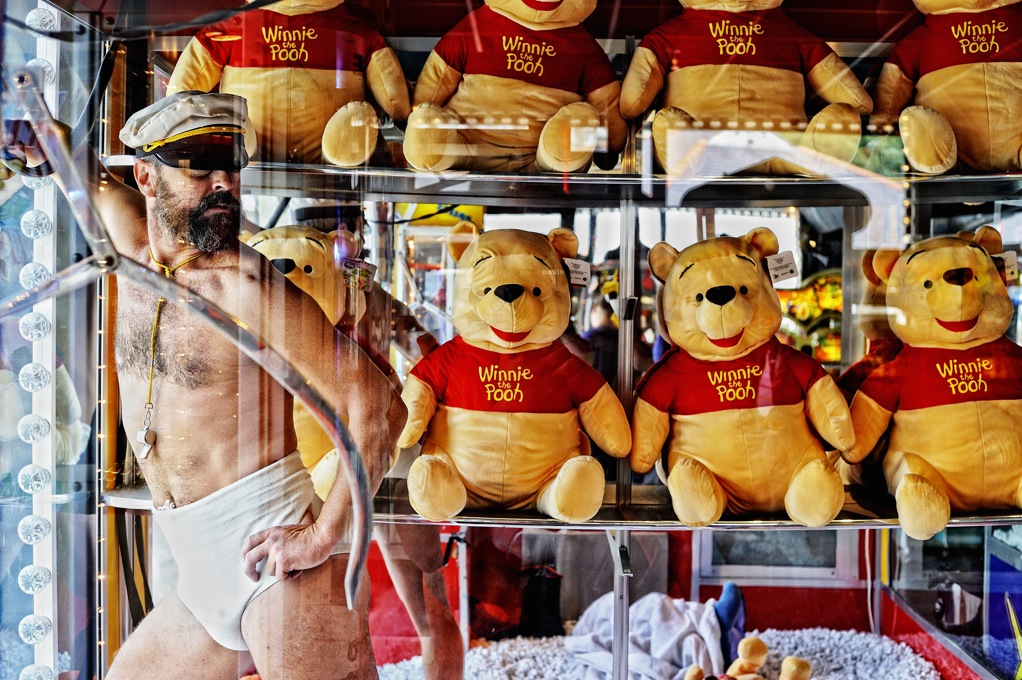 Juan Blanco´s pics of "For Mountain Sand and Sea" 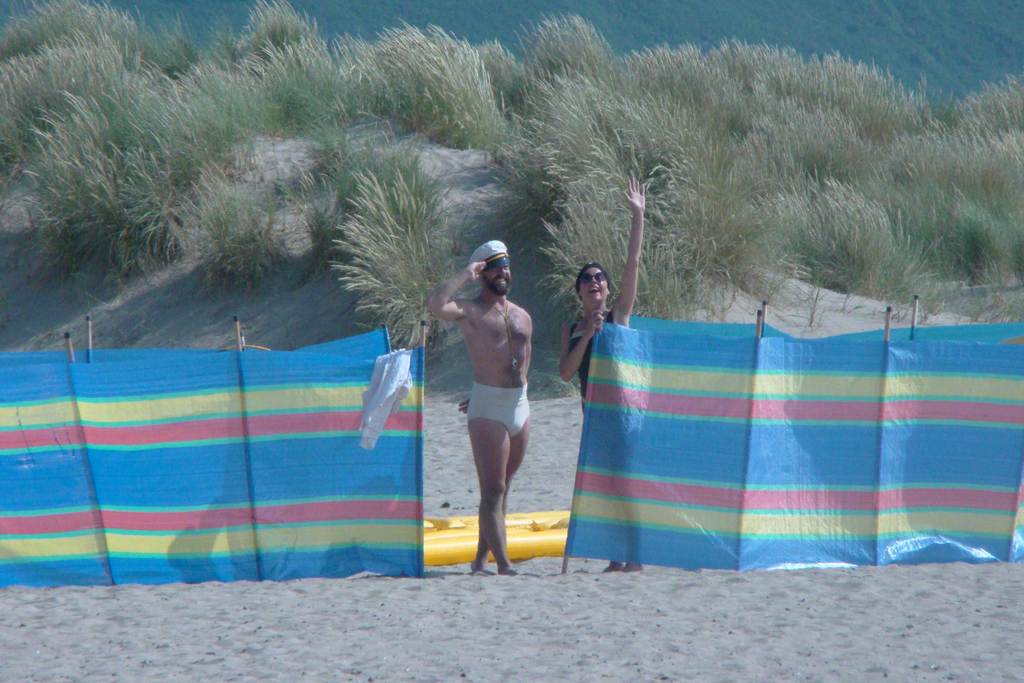 Gareth and Marega tell us a little about their characters, working methods and Barmouth.

A still from yesterdays 'For Mountain, Sand & Sea' film shoot by Luis Adamson 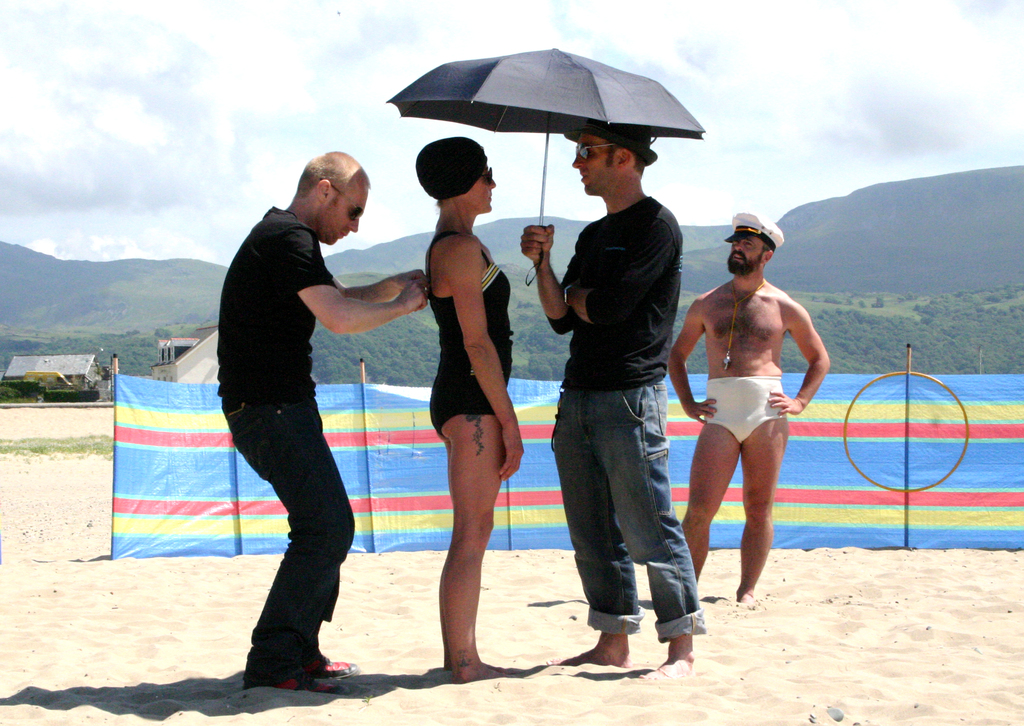 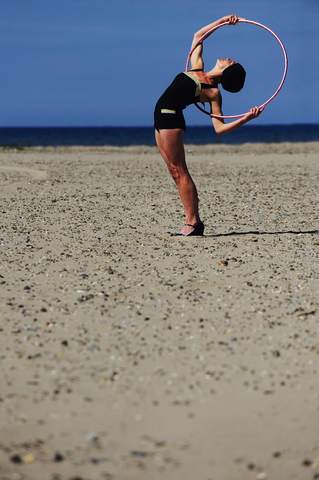 The glorious Marega Plaser rehearsing on the beach in Barmouth

I spent a great few days in Barmouth last week climbing mountains, meeting TEAM members, exploring old Barmouth and finally getting to the acoustic night at The Last Inn.… 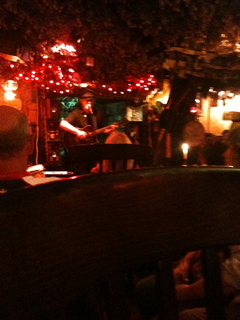 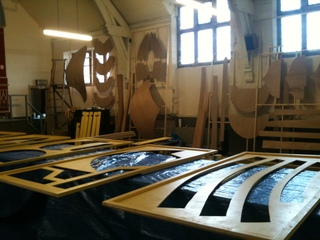 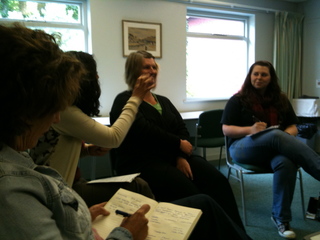 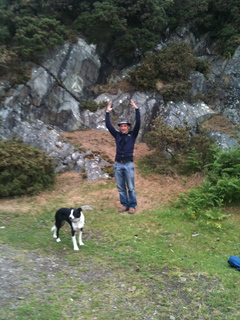 Back to Bermo at last

I am finally on my way back to Bermo to begin the residency in full. Stopped over at the Hay festival on the way for an event on behalf of NTW where The Guardian critic Michael Billington interviewed Lucy Davies, Mike Pearson and me. What a charming man, and, as we discovered over dinner a fervent disciple of Ken Dodd !
He even donated us his case of cava ( the Hay gift to participating artists), much to the delight of Catrin (NTW’s wonderful press officer) who is also ‘caring’ for mine as… Continue

It's Friday morning and I'm on the train to Swansea. Shelf Life, aka NTW02, is in the middle of tech rehearsals and I'm planning a morning of sitting at the back of Swansea library being supportive. Last night the introduction to the show was being worked on - the WNO 'choir of librarians' outside the brick hulk of the library, sporting red umbrellas and singing in the rain. They are going to be wonderful. Peter Swaffer Reynolds' music weaves us into the world of the play with lyricism, humour… Continue

One of Barmouth's most intriguing and legendery characters was 'the blind harpist', Dafydd Roberts.
I met up with local musician Chris Knowles who actually has his Celtic harp, bought at auction. He played a composition by Roberts himself called 'Ar y traeth yn Bermo', 'On the beach in Barmouth'.
How appropriate! Dafydd Roberts on the prom,…
Continue

If you intend coming to see For Mountain, Sand & Sea in the summer I would really recommend traveling by rail. Entering Barmouth via crossing…
Continue

Sian and I are coming to the end of an extremely productive development week here in Bermo and ‘For, Mountain, Sand & Sea’ is emerging! I shall reveal more in a summary blog of our excursion next week. In the mean time here’s a rather wonderful report taken from the Caernarvon and Denbigh Herald in 1871 (not the Barmouth Advertiser as stated yesterday).

‘BARMOUTH. EXCURSION. – On Saturday last from 900 to 1000 excursionists were brought here from Manchester, per the Great Western… Continue