I love you, awkward participation....CALL FOR PARTICIPANTS

Pontio calls on Artists and Scientists to collaborate

Pontio, Bangor University’s brand new arts and innovation centre is calling on performers and scientists to present exciting ideas as part of their SYNTHESIS project. 02 Dec 2015

Launched at the National Eisteddfod in Meifod this year, SYNTHESIS is offering a prize of £2,000 to commission two different pairs of scientists and those working in the performing arts to develop an idea together…

2 DAY SHOOT in CARDIFF. Sometime in JANUARY/FEBRUARY depending on location availability.

Short comedy script about a relationship in crisis. The film examines their relationship around Sebastian trying, and failing, to put up a flat-pack bookshelf.

SEBASTIAN is clumsy, insecure and less intelligent than his partner. He rises to…

We are seeking an Assistant Producer to work, for a fixed-term of nine months, alongside Executive Producer Lisa Maguire during the lead-in and delivery of NTW’s 2016 productions. You will work across a number of events, activities and shows. On some small-scale projects you will take the delivery lead, and in others you will work alongside Lisa and the NTW production, communications and collaboration teams to realise more ambitious ideas. You will also provide day-to-day producing support,…

Great Leap Forward - check them out here  Great Leap Forward website are looking for a CSM, ASM and Touring Carpenter for a 10 week tour in the spring.    Contact Jennie at the address on their website if you are interested

Invitation to be involved in The Big Democracy Project

On 19th March 2016 NTW are taking over the Senedd and PierHead building in Cardiff for a day of performance and debate, exploring Democracy and what it means to the people of Wales, this is the culmination of the first phase of the Big Democracy Project. More details of the of the event will be released in the new-year but I wanted to get a head start on one aspect of the day.

the mission, the model, the money and us - Producers Place, 15 Dec

Producers’ Place is a network for producers in Wales. The network aims to strengthen links between people who self-identify as producers in the arts (whether they have that job title or not) to foster dialogue, share ideas and offer practical support to participants.

We have an upcoming day long (11-5) event in Cardiff which is what many of us have been talking around for a long time - more info on the event listing here: …

As part of the Lead Creative Schools Scheme I'm working with St Paul's Primary in Grangetown, Cardiff. We're currently looking to appoint a Creative Practitioner to work on a Numeracy project around time, distance & speed with a group of Year 1 & 4 students next term.

We want to be messy, fun and active. We might want to ride trikes in the playground, use the gym apparatus in the hall, or build a working plane out of Lego; learning should be through creative experiments and…

Myself and my film group are planning on making a 5-8 minute documentary based on the life story of Mo Farah, and specifically about his immigration from Somalia to the UK.

We have 10 free spaces available at our first UCAN Create Masterclass on Friday the 4th of December.

UCAN Productions, an arts organisation for blind and visually impaired young people are partnering with yello brick, a…

I'm currently working with Arts Council Wales on their Lead Creative School programme and we are looking for somebody working creatively within game-making or game design to work on a schools project.

Lead Creative Schools is a programme in which we try to use the creative process to enhance learning and help boost confidence and results. As well as giving them first hand experience of the types of practice involved in your day to day creative work,…

TEAM members of all ages are invited along to be part of a short video which will be used in NTW’s upcoming festive production The Insatiable, Inflatable Candylion and will also be used as a way of spreading the positive…

Over the last year or so, we’ve been making efforts to support the development of creative producers in Wales. Much of this has been about trying to help demystify the role, as it's a relativly new one (by the way, if you’re still wondering what a creative producer does, take a look at our Huddle hosted by our very own Executive Producer, Lisa Maguire, and independent producer, Sarah Leigh).

We are keen to see more…

The Ellen Stewart International is an Award given to an individual theatre artist or theatre company whose work promotes social change and community participation with a particular focus on the engagement of young people.

Named for La MaMa founder Ellen Stewart, The International Award celebrates her remarkable lifetime achievements in the theatre and her dedication to creating a world theatre which embraces all traditions and…

Owen Thomas, the writer of the recent Torch Theatre show 'Grav', seeks an actor for research and development work on a new play he is writing about the life of comedian Benny Hill. Development work will begin in Feb 2016. If you can help, or if you know someone who would suit this role then please get in touch. A great opportunity for the right actor. 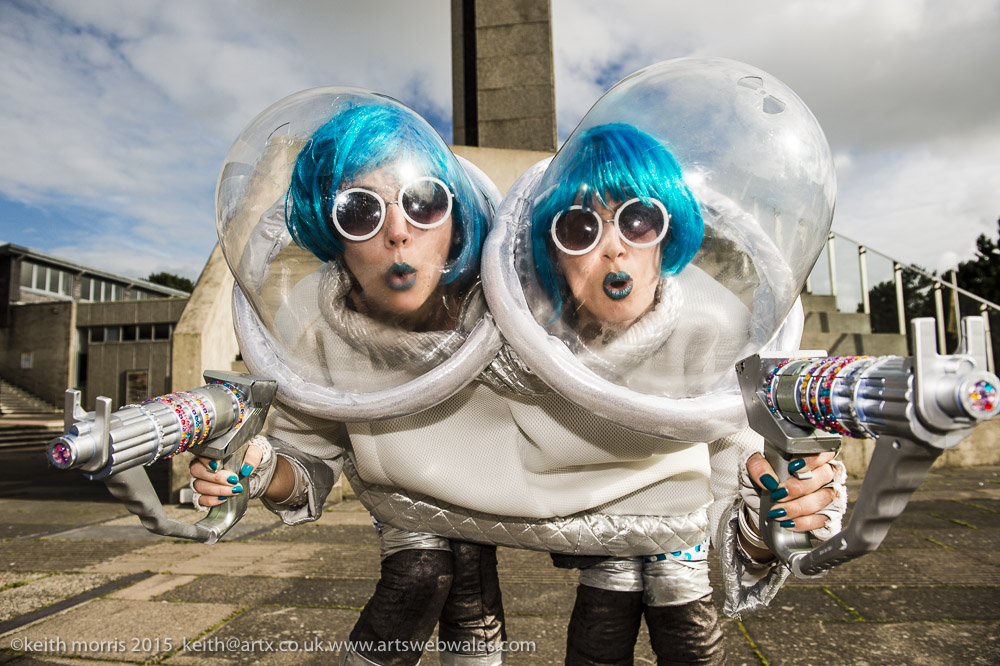 Articulture, in collaboration with a consortium of leading arts organisations, invites artists and arts companies based in Wales from any discipline to request support for the creation…