We're on the lookout for street performers within a travel-able distance to Pontypridd, so we can create a database of performers for future events.

Please send all details about your act to pontyarts@gmail.com

For its upcoming large scale R&D project exploring immigration and the refugee crisis, Fio are looking to offer two opportunities to work alongside its core creative team.

This is an opportunity for an emerging director to work with our director, Abdul Shayek, and the rest of the creative team.  As well as creative input, we'd be looking for the candidate to…

Fio are looking for actors, with a background in devising, to work on an R&D project in February, investigating immigration and the refugee crisis.

The audition and R&D week will be based in Cardiff, with the audition taking place on Monday 13th February.  No travel expenses will be offered for either the audition or the R&D week.

Fio are looking for actors based in Merthyr for an R&D project this year.  The dates of the project are:

The fee for each week will be £450, meaning the total fee would be £1350.  We understand we are asking for a lot of commitment, but we would need all performers to be available for all 3 periods.  The audition…
Continue

Fio are looking for facilitators working with young people

Fio are looking to work with a workshop facilitator for an upcoming R&D project.  We're looking for the right person to support our Artistic Director in delivering workshops to young people in Porth and Cwmbran.  Final dates are TBC, but we're looking at two full weeks April 17th-21st, and May 27th - June 1st.  There will also be other sessions leading up to these dates.

If you're interested and for more information, please send en…

Cwmbran and Porth based actors and facilitators call-out - Paid work

Fio are on the lookout for Cwmbran and Porth based actors for a project in the new year.  We're still looking to confirm dates, so at the moment we're just keen to see CVs, and as soon as we've got more concrete details we'll be in touch.

We're also keen to hear from workshop facilitators as well (who are DBS checked).

Location is important, and it's important that all suggestions are based in Cwmbran or Porth, but we will allow for a couple of miles either way...

As part of the launch of Ponty Arts, the Muni are hosting a scratch event on Saturday 15th October, 1-4pm, in Pontypridd.

We need your scripts!

We're looking to perform 10-15 minute extracts of scripts, or anything that you want to perform yourself, so please send on anything you're working on and want to hear out loud (it could be the mere seedlings of an idea, or a project close to being produced, and everything in between) to…

Casting call for The Mountaintop

(This opportunity was posted before but we had problems with our e-mail - if you applied previously, please do so again!)

We're on the lookout for a designer to be part of a project with Fio in August.

We're producing a site-specific project which will portray a refugee camp in Cardiff. The proposed production dates are 11-14th August, with rehearsals starting on 25th July. We're particularly looking for designers who have an experience in creating site-specific,…

We're on the lookout for a stage manager to be part of a project with Fio in August.  We're producing a site-specific project which will portray a refugee camp in Cardiff.  The proposed production dates are 11-14th August, with rehearsals starting on 25th July.

We're particularly looking for stage managers who have an experience in creating site-specific, outdoor productions.

The opportunity is paid at ITC minimum rates.

Please send all applications (including CV) to… 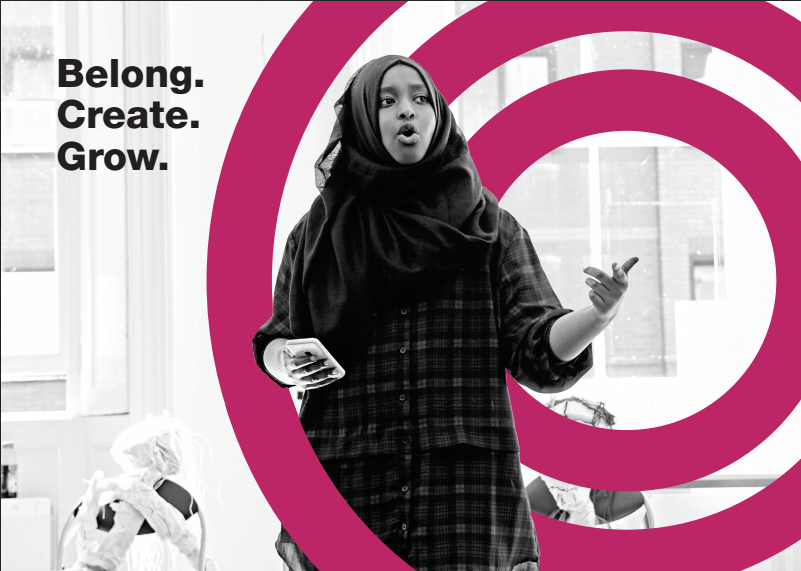 Here’s your chance to get involved in something big, something fun, something creative. And it all starts with a story.

We are looking to work with enthusiastic people of all ages, and from different communities, no matter what experience you have. This is an…

It's the final morning of the Louder is Not Always Clearer WalesLab week.  In my first blog, I promised further updates and alas, loyal reader, I have let you down.  So here's a very quick update as we head towards this afternoon's sharing.

R&D's are funny beasts.  As most of you will already know, it takes the first 2 or 3 days to…

As I write this, we’re one and half days into Jonny Cotsen’s WalesLab, “Louder is not always clearer”, and we’ve covered so much ground already.  I’m working on the project as an Emerging Producer, but everyone in the team is getting involved in the activities as we attempt to explore how a non-deaf person can get a feel for what a deaf person experiences.

We’ve looked at so many aspects: ensuring the approach is about…

Tree Top Films are casting their next short film after the success of last year's "The Bat Faced Boy".  We got a great response last time when we posted a casting call on the NTW Community, and it would be great to get something similar again.

Tree Top Films are casting their next short film after the success of last year's "The Halfway Place".

"The Bat Faced Boy" focuses on Michael, who, after an inspirational meeting with an enigmatic cult leader, sets out on a mission to cleanse his past.

My Weekend at the DIY...

I'm not a regular blogger so please bear with me...

I'm part of the NTW Summercamp here on beautiful Anglesey and have also taken part in the DIY Festival this weekend, and just wanted to share some thoughts and work.  The summer camp so far has been reallly interesting, particularly regarding the idea of process - I don't think I really got the knack of the camp until Thursday, if you can indeed get the knack of it.  I started with an idea that I…

Following successful productions of A ZOO STORY, MISS JULIE and OEDIPUS, A MIDSUMMER NIGHT’S DREAM is Black RAT’s latest offering to tour South Wales. With a thirteen-strong cast, this lively & energetic version of ‘The Dream’ guarantees all the fun, farce and mayhem of Shakespeare’s best loved comedy.

A royal wedding, eloping lovers, spurned friendships, an am-dram troop and a wood full of… Continue