“joyously entertaining” “uniquely poignant” and “a must for any theatregoer”

Wonderful wonderful news and a major coup for Cardiff - the glorious, celebrated Somalian singer Maryan Mursal is coming to Butetown to perform as part of De Gabay on Sunday 3rd March. A legendary, beautiful voice, Maryan has already been to meet the team in rehearsals and has confirmed that she'll travel down to be part of the show... We're thrilled to welcome her. 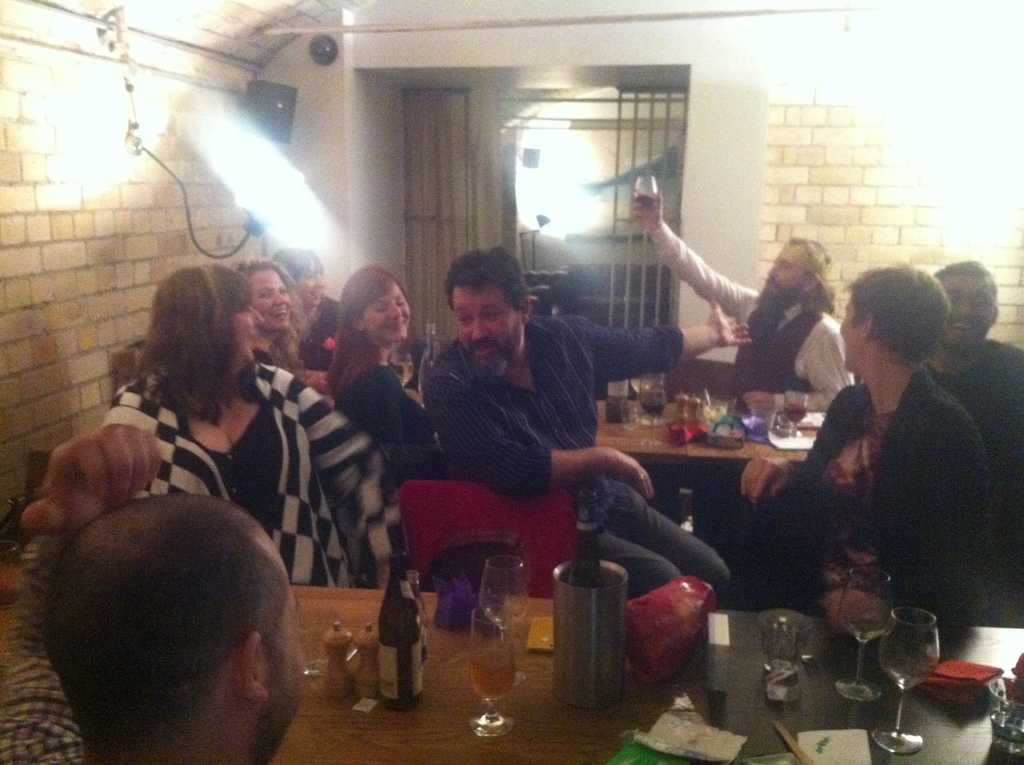 We are seeking a producer to work on one of our projects next year. You would be employed by our co-producing partner but work alongside NTW as well.

You need to be free from January-July and the project takes place on Anglesey. Discretion please until our launch on January 24th!

Things I will miss

My indulgent sentimental gushing has begun...

All of the incredible memories and friends and images from 4 years of setting up this company, and making 22 shows, and building this gorgeous family of 4,000 of you...

Thinking about what I will miss...

the big tea pot, gathering around it

the fast-forward non stop hurtle through it all

New British Cinema Quarterly are hosting a live Q&A on facebook on Mon October 1st with all-round brilliant artist and man Dave McKean - director of The Gospel of Us, the feature film of The Passion. From 8pm, you’ll be able to ask your questions over the web to Dave.…

Cardiff Devoted and Disgruntled is 10 days away....

What are we going to do about theatre and the performing arts in 2012 and beyond?

I have posted in the group for NTW20 that our wonderful Mandy took a fall yesterday and Thursday's preview was cancelled as a result. We will proceed with a show on Friday with everyone else in beautiful, glorious form and very much look forward to having her back with us.

Ring your bells on Friday morning

This is one of the highlights of the 2012 Fest for me - at 8.12am on Friday everyone in the united nations of Britain (we should be called that, shouldn't we, much better than being a United Kingdom) is invited to ring a bell, any bell, for 3 minutes. It's the v simple gorgeous idea of Martin Creed and you can share your images and stories on his site: http://www.allthebells.com/
I shall be ringing my bike bell.
Photos from Peace Camp look…

Devoted and Disgruntled comes to Wales for the first time...!

Do you love theatre?

Do you find it frustrating?

Do you feel audiences don't get a voice?

Do you consider that theatre in Wales has an identity of its own?

Do you feel that there is far too much talking and not enough doing?

Is the time ripe for us in Wales to host a discussion about the future of theatre in our country?

Want to be NTW's Company Co-Ordinator?

As well as Finance Assistant, we also advertise this week for a brand new role on the NTW team - Company Co-ordinator - to hold us all together and keep us rolling. Details on our site: http://nationaltheatrewales.org/about#jobopportunities

The astounding Belarus Free Theatre are in Cardiff next week at the Sherman - I urge you to see them if you haven't before, or if you have. More info and trailer here

digital makers, thinkers and visionaries: come and work with us for 1 year

What is your single strongest memory of The Passion?

We're all gathering at Easter again this year (Friday 6th - Sunday 8th April) in the Aberavon shopping centre for an exhibition of memories. This site will form part of that collection.

Well, the post title says it all. How proud we are for Kaite, and how celebratory. The award is announced on March 24th.

Are you a live artist / director / assistant director / film-maker / performer / student who is free to volunteer some time in Aberystwyth from Friday 14th - Thurs 20th January in exchange for working with 3 inspirational theatre-makers? Rimini Protokoll arrive to start development of their February show and are seeking bodies to help them form the piece. The final piece will involve real people, members of a choir. Hours are approx 4-9pm on each day, excluding Saturday 15th. Local…

This is an opportunity for an ambitious, warm, open, creative individual local to Port Talbot to come on board the development of this ambitious project taking place across the whole town over four days at Easter 2011.
See attached, and email your applications by Friday 9 July to passion@nationaltheatrewales.org
PASSION PROJECT ASSOCIATE final.pdf…
Continue

From rehearsal room to the New 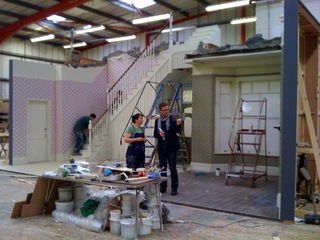 here's the set for The Devil, being fiercely scrutinised by designer Alex Eales in the workshop, 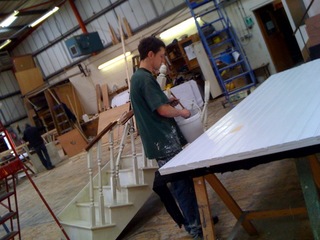 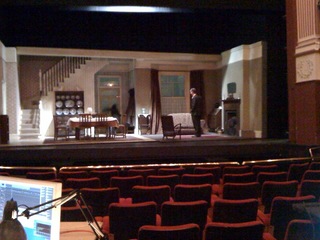 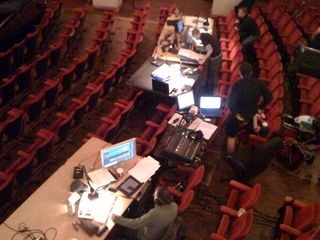 we're adding wind and rain and firelight to get it all ready for the first show on thursday... you have treats ahead people - friday's run-through in the rehearsal room made me… Continue

How excited we are at NTW this morning - Iwan Rheon won an Olivier Award last night for his brilliance in the musical Spring Awakening (well done to Aneurin too). Next Monday he starts rehearsals with us playing Huw in our production of John Osborne's THE DEVIL INSIDE HIM. The rest of the cast are Jamie Ballard, John Cording, Stephen Elliott, Helen Griffin, Derek Hutchinson, Rachel Lumberg and Catrin Stewart. It runs at the New Theatre in Cardiff from May 6-15th.… Continue