Ian and I met on the Isle of Arran 20+ years ago whilst leading Oxfordshire Duke of Edinburgh expedition groups over the midge ridden island.  Since then we have lead many expeditions throughout the UK and shared great company, food, drink and stories.  Even though Ian smashed a sheet of ice over my head for photographic effect on an expedition once, I would entrust my life with him!  That is why he was the first person in my head when the idea of taking a group up Snowdon for this epic… 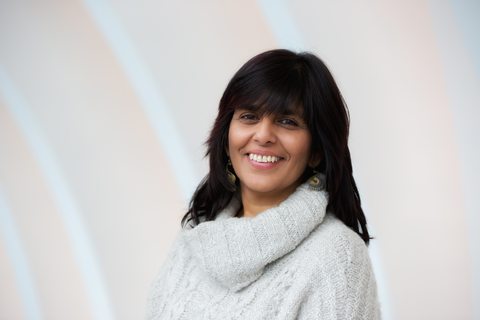 Everyone I know who has worked with Kully in the past – including on NTW’s The Soul Exchange, which she directed in January 2011 – will I’m sure be delighted to hear about her appointment, as she’s very well loved and respected within the UK’s theatre…

The Arts Fundraising and Philanthropy Programme offers people across the arts and cultural sector training, traineeships, coaching, and digital skills development to encourage innovative and effective practice in arts fundraising and encourage a more entrepreneurial approach to income generation.

We will be running a Minute Taking training course on Friday 17th January 2014, here at the NTW Office between 9.30am and 4pm.  We have a limited number of spaces left, so first come first in.  Cost will be £50 per person (to keep costs down lunch will not be provided but tea, coffee, biscuits, fruit to keep you going during the course will be).

The course will be…

So last night was my test run for a festive biscuit recipe and being Silly Kings and all, it had to be an ungulate.

What's an ungulate I hear you ask? Well if you haven't already you should listen to this for an explanation  https://www.youtube.com/watch?v=dj1HFfGt0HI

Or you can take a look at the picture evidence of my attempt at making reindeer biscuits.  Some fine tuning still needs to be done, but not…

Do You Want to Work With National Theatre Wales?

In just a few years National Theatre Wales has already picked up some pretty good descriptions of the impact we have made so far.  If you are inspired by the company and want to contribute to making it even more successful then take a look at our Company Co-ordinator's job description.  The application…

Following on from Mike's Week One blog........it is now half way through week two in the NTW Holyhead Office.  The weather has taken a turn for the worst...not sure Sweet Dreams is going to be selling many Knickerbocker Glories this week - even at £3.50.  Julia, however, has managed to bag herself two great charity shop purchases though and the Internet Cafe does a great latte so all is well.

Anyway, rather than writing about it I thought you might like a photo montage of the sights…

Another Step Towards our Green Prism

So we were successful in securing a small grant from Keep Cardiff Moving which meant we could purchase a couple of company bikes (insert joke here) and kit to get us in and around Cardiff in an attempt to ween ourselves off taxi journeys dependency and to get fit.

All the kit turned up last week and the lovely guys from The Bike Shed gave us a demonstration.  Next on the list is to get some training...oh, and to use them (Mike has already put them to the text last week to and from the…

Suited and booted I headed to the Welsh Government offices in Akasaka, Tokyo today and met Mr Takeharu (Tiger) Nakagima, Ms Yoko Kobori and Mr Goro Okada to talk about our production. Ms Kobori was very impressed with the Japanese cast for the production - many of whom are well known television actors here in Japan.

We had a wonderful conversation about Wales and made many connections with locations and people - Tiger regularly runs along the Cardiff Bay barage, touches the Penarth… Continue

The Final Countdown - The Opportunity of Efficiency

Another busy week of pre-Japan preparation - I have practiced with my chop sticks with some Sushi; watched an amazing performance by the BBC National Orchestra of Wales - conducted by the fantastic Taaaki Otaka (who, in 2010 became Artistic Director of the New National Theatre Tokyo) with brilliant guest solo performances from Adam Walker, Anthony Marwood and Lawrence Power.  WMC kindly invited me to their interval reception where I also met the CEO of Sony, MD of Panasonic and Minister…

Preparations for The Opportunity of Efficiency & Japanese Etiquette

So alongside the making and presenting of a show I have been busy making sure we are connecting with the right people and nurturing relationships both here in Wales/UK and Japan.

The Art of Asking - another inspiring talk from TED

How much is it to put on a gig?

If you ever wondered how much money is (or isn't made) when putting on a gig, have a read of the following blog to give you an idea - very insightful.

While in the thick of the Butetown residency for De Gabay quite a lot of the team went to Treorchy to the Parc & Dare last Wednesday to get stuck in to conversations about our residency there in the autumn this year.

A great team of people work for RCT theatres - Geoff Cripps, Artistic Director, treated us all to homemade Welsh cakes and I bumped in to a mate from Trinity University, Simon Davey, who is now the Parc & Dare Theatre Manager - so we will have a lot to catch up on…

Well, we are in to our second week of being 'resident' in Butetown so if 30 Castle Arcade is too far or imposing to come in and say hello then do drop in to the Cardiff City Housing Association building on Loudoun Square -  we are on the first floor in the Media Suite (there is tea, cake and biscuits!).  Tomorrow might be good as I am thinking of baking some muffins - the Team meeting in the morning may eat most of them but there should be some left. Or there is always Togayo restaurant - I…

National Theatre Wales are seeking two individuals with a passion for either finance or administration to join us on a three month placement, of one day a week, between January and April 2013.

We are offering one placement in each area during this period and they will cover.

Understanding the mechanism of invoice management

I have already had the most amazing time with the lovely staff at National Theatre Wales.  I have read many documents and learnt many new things digital, photocopier related and how to load a staple gun.

I have also had my first experience of signing off an invoice for Emergency Tree Rescue Training!

Not only have I had the pleasure of all this but I also experienced the best Shakespearean production in many, many years at Hangar 858 last night.  I am so…