CASTING a new production from National Theatre Wales, to be created and directed by Gavin Porter.

This devised project will deal with death, memory, loss and how music forms part of the healing process.

The process will be supportive and explorative. The work will be fuelled by the lead artist’s own documentary footage, delving into the way we celebrate lives once they have been lived.

This production will be created, rehearsed and performed in…

Directed by Mathilde Lopez, with a blistering script by Daf James blending Welsh, English and a little French, this production promises to be a giddy fairy tale and a surreal visual feast.

Petula is a dark, playful and piercing show about growing up,…

Over the last four years National Theatre Wales has been embedded in the communities of Pembrokeshire, West Wales, working with the people of the county on creative projects exploring climate change and the environment.

This Spring, the work is culminating in Go Tell The Bees, a new short film for families, co-created with the Pembrokeshire community, that will tell a moving story of our human connection to nature and to each other.…

And so this is Christmas

and what have we done?

One of the best things about my 2020 (it’s a short list) is that I’ve managed to start volunteering, in a kitchen for a charity in Cardiff. Beyond my millennial propensity for virtue signalling, I mention this because it really has felt like a shot in the arm in a year in which our industry has been paralysed and purpose and meaning have not been the easiest things to keep a grip…

I've been loving all the self-tapes, zoom duologues and musical numbers I've seen online. Just this afternoon Showcase 2020 launched, where graduates can upload their work and directors and casting directors can watch them all (it's free). You, and your…

So if your social…

A psychedelic musical about Llantrisant’s most eccentric doctor who became known as the ‘father of cremation’. Staged at Newbridge Memo, HAIL CREMATION! Tells the story of the extraordinary life…

National Theatre Wales is casting an upcoming workshop, which will take place in south Wales between 28th October and 2nd November.

This workshop is for the development of a new musical production, which will be produced in Spring 2020. We are currently engaging performers just for the Autumn ’19 period but are interested to know whether performers currently have availability 10th February –…

Half a century on from the first moon landing, join us at an iconic Cardiff location for MISSION CONTROL.

Casting / Castio : FOR ALL I CARE

For All I Care, a one-woman show by Alan Harris

Mental health nurse Nyri’s woken up hungover with a younger man. Meanwhile, Clara has developed a compulsive wink and can’t remember if she’s taken her meds.

Nyri needs to get to Ebbw Vale Hospital via Greggs, and Clara is dodging signs telling her - rather rudely - to kill…

“One minute we had customers, the next minute there was no-one.”

In a lost village, blurred…

What is our dream for theatre in Wales over the next ten years?

Here’s a list of the 70 conversations that were called on Sunday. Several merged, lots evolved into something different and some never happened because people were pulled in other directions.

If you’ve got notes in your bag, on your phone or in your head, you can still email them to us, until the end of the week,…

Everything starts with a conversation...

We’ve gathered in Portland House with colleagues and friends, and we’re asking WHAT IS OUR DREAM FOR THEATRE IN WALES OVER THE NEXT TEN YEARS?

Everyone here will have a hand in setting the agenda for the day.

We’ll timetable what each person wants to talk about, between now and 5pm, so the big hall here will be abuzz with many conversations at once, for the rest of the afternoon.

People will make notes to capture those…

Written by award-winning writer Rachel Trezise at the time of the historic referendum of the 8th amendment in Ireland, Cotton Fingers takes us on journey from Belfast to Wales.

Following STORM 1: Nothing Remains the Same and…

Art writer Maria Fusco’s ECZEMA! explores the life of eczema; a skin disease affecting an estimated 15 million people in the UK, including the writer herself. Exploring what it is like to live in…

CASTING / CASTIO: As Long as the Heart Beats

NHS70: As Long as the Heart Beats 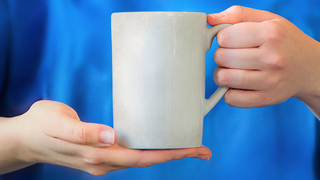 As Long as the Heart Beats will be a site-located, theatrical journey…

National Theatre Wales and Migrations are casting for Touch.

National Theatre Wales will team up with arts organisation Migrations, French choreographer and dancer Julie Nioche and choreographers Filiz Sizanli and Mustafa Kaplan from Turkey, to create Touch, a site-specific, interactive and tactile dance piece about the therapeutic aspects of dance…

Who we are looking for
We’re looking for someone with direct personal experience of teaching English as a second or other
language (ESOL), to be the sole performer in an upcoming production. This person should appear to be 30 -
55 and could be of any gender.