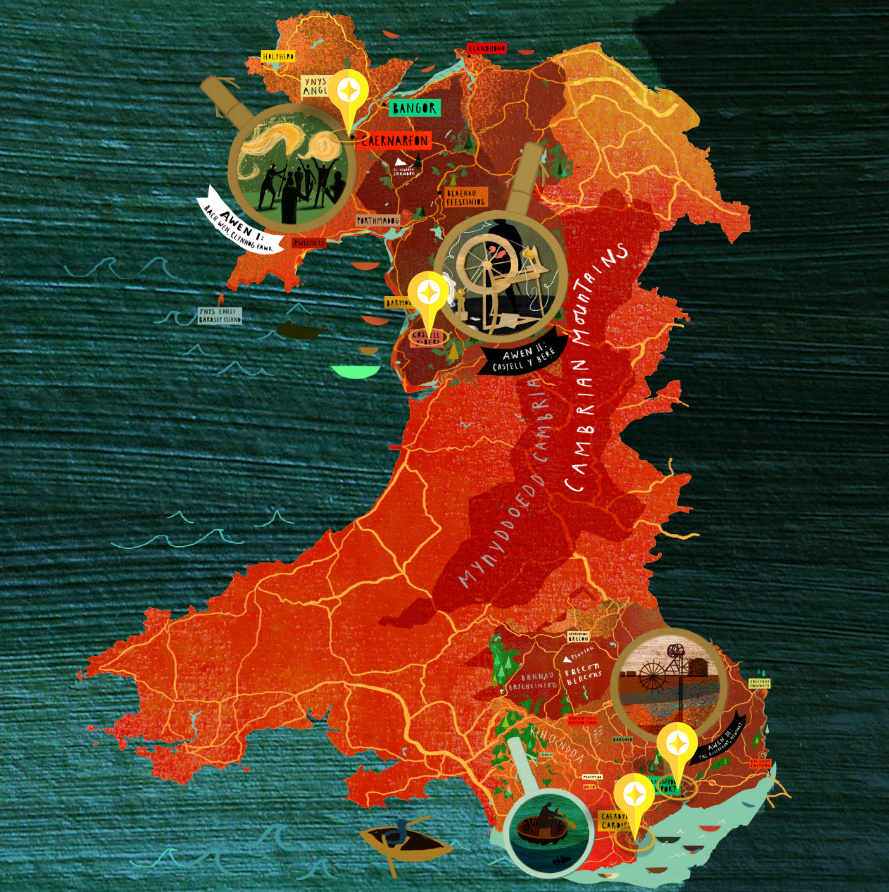 Jo Nicholls talks about costume on the production The Radicalisation of Bradley Manning.

See more in the series: oneminutewith

If you want to do your own and post them to YouTube and NTW Community, use the tag…

This is a very short video interview with David Evans, hardworking production manager of The Radicalisation of Bradley Manning.

This is the slight return of One minute with. The aim is to talk to the people who put a theatre show/production together. If I can catch people tonight I will post more!


Popping in because I'm helping Cynnal Cymru to spread the word about a conference on sustainability in the arts called Emergence / Eginiad. Above is a speech from our very own John McGrath at the first event in Chapter, Cardiff in October 2010. (Duration 17 minutes)

The next Emergence / Eginiad is at Taliesin, Swansea on 29th January 2011. If you're interested check out:…

One minute with... some Curtain Twitchers

Here are some (not all) of the curtain twitchers of Prestatyn. It's the final One minute with... in the series from The Beach.

I assert absolutely no rights in the name One minute with... or the tag oneminutewith - if you want to make a video like this to highlight a… Continue


The penultimate One minute with... in the series from The Beach is Carolina Vasquez who did some very fine work on a few of the Charlie and TJ videos. Carolina's website is… Continue

One minute with... Bethan Marlow, co-writer of The Beach


Bethan Marlow is a dramatist, ideas factory and force of nature.


Gary turns dreams into reality. And reality into dreams.

This is the latest in the mini-series… Continue

One minute with... Cassey Driver, assistant stage manager of The Beach


One minute with the highly organised Cassey Driver. See the tag oneminutewith for… Continue

One minute with... Rob and Matt, game technicians and musicians


Affable local chaps Rob and Matt have had to learn the ins and outs of being game technicians on the job here at The Beach.

They have their work cut out so I had to catch them mid-sandwich for this interview.

This belongs to the mini-series One minute with... See the tag oneminutewith for… Continue

The second in the mini-series One minute with...

Incidentally if you want a stage manager then Fiona Curtis could be your person!

Check the tag oneminutewith for more in the next few… Continue

One minute with... Rhiannon Cousins, co-writer of The Beach


This is the first in the mini-series One minute with...

Each is a video interview in one minute (approximately!) talking to someone involved in The Beach production. This one is Rhiannon Cousins.

I hope you enjoy these glimpses into the roles of the people who are working hard to make it happen.

The Beach - Frequently Asked Questions video with Charlie and TJ


Thinking of coming to The Beach in Prestatyn this week?

This helpful video may answer any lingering questions you may have.

If not there's a Frequently Asked Questions document with even more info.

The Beach - Charlie and TJ mega playlist: all the videos in one place


It's not too late to catch up with Charlie and TJ's exploits in Prestatyn.

Above is a mega playlist of all their videos so far. Just click play, sit back and watch.

See you at the… Continue

Charlie and TJ have organised a live web broadcast today at 1:30PM.

Make sure you're online to be briefed on their big plans!

Here's the address to check out...
http://prestatynmissinggeneration.wordpress.com/live-lunchtime-briefing/

Grazia mag and NTW's The Beach in Prestatyn - together at last The above image is a piece about National Theatre Wales' new theatre game The Beach, taken from this week's issue of Grazia magazine.

Pictured are: Holly from Hide&Seek, Catherine from NTW, me and Bethan Marlow. Just out of… Continue

Margaret Robertson: game design, the importance of games and The Beach in Prestatyn


Recently Margaret Robertson joined us for some game development sessions on The Beach.

She's equally happy with digital, consoles, mobile, offline and online gaming. To us she has taken the role of wise gamerturg* along with her colleagues Alex and Holly at… Continue

Welcome to The Beach!

The event in Prestatyn takes place at the end of July (details).

But the story has already begun online...

Your friendly guides to the dramatic world are the characters of Charlie and TJ.

They maintain their own Facebook profiles where you can keep an eye on their exploits.

Come and meet your guides to The Beach - Charlie and TJ 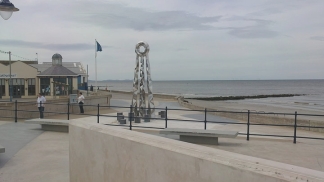 It is my pleasure to introduce:

They are the irrepressible and charming (each in their own way) characters who will guide you around The Beach.

Come and befriend them.

You might become a part of their respective worlds, if you're open to the… Continue