A lovely 5 star review for playing 'The Maids'

Grab the chance to see this unusual international collaboration in Wales of Korean, Chinese-Singaporean, Irish and American artists

An article I've written on intercultural dramaturgy in 'playing the maids' has been published by Exeunt magazine: http://exeuntmagazine.com/features/playing-the-maids-intercultural-dramaturgy/

The Llanarth Group wishes to hire a Stage Manager for its forthcoming premiere of the co-created performanceplaying 'the maids'  for a two week run at Chapter Arts Centre Theatre in Cardiff (with a performance in Brecon) between 16-28 February, 2015. The Stage Manager should also be able to help with basic/simple technical direction. Two weeks pay at Equity minimum. Please contact Phillip Zarrilli, Artistic Director, The Llanarth Group a.s.a.p. to…
Continue

A new blog on reinventing old stories on the eve of Woman of Flowers opening and going on tour....

Latest on 'The 9 Fridas' in Taipei, 'Woman of Flowers' in England and Agent 160's Fun Palaces in Cardiff Bay

I'm in Taiwan working on the premiere of my performance text 'The 9 Fridas' at the Taipei art festival:

I've blogging about the process:

Notes from a masterclass in Phillip Zarrilli's psychophysical approach to actor-training: …

immensely excited to see the publicity and trailer for my forthcoming production at the taipei international arts festival - 'the 9 fridas' - inspired by Frida Kahlo. http://kaiteoreilly.wordpress.com/2014/05/25/the-9-fridas-frida-kahlo-in-taipei/

Thunder Gate and Encounters - The Llanarth Group in Japan

A further blog about the cultural exchange with Ami Theatre, and actor-training techniques can be found at: http://kaiteoreilly.wordpress.com/2013/11/15/thunder-gate-and-encounters/

Suffering jet lag (still!) and preparing for performance. The second blog of the cultural exchange between Tha Llanarth Group Ceredigion and Ami theatre Tokyo can be seen at:

The Llanarth Group in Tokyo

I've just landed in Tokyo with the Llanarth Group touring 'Told by the Wind' snd beginning a cultural exchange with Ami Theatre. I'll be blogging about the trip, the first can be found at: http://kaiteoreilly.wordpress.com/2013/11/02/night-flight-to-tokyo-aesthetics-of-quietude/

The Llanarth Group's Told by the Wind - Huddersfield and Tokyo Oct/Nov 2013.

They are not cities I would usually put together... Huddersfield and Tokyo... but that's where Jo Shapland, Phillip Zarrilli and I are off to next week, on tour with The Llanarth Group's Told by the Wind. 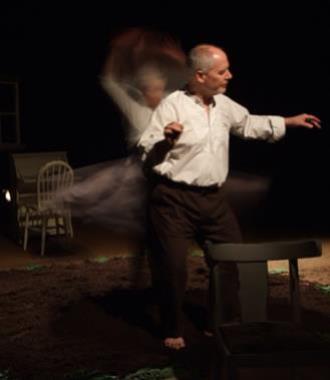 The production in Huddersfield is performed as part of Being Here: Psychophysical Performance as Mindfulness Practice - a four day event at…

the importance of training and a shared vocabulary

an update on a week's intensive devising on (playing) the maids in Ceredigion, with The Llanarth Group, Theatre P'Yut (South Korea/Singapore) and Gaitkrash (Ireland) now on http://kaiteoreilly.wordpress.com/2013/08/26/diary-of-a-collaboration-day-2/

DIARY OF A COLLABORATION

I've just started an eight day r&d project in west Wales with collaborators from South Korea, Singapore, Ireland, US and Wales: (Playing) The Maids with The Llanarth Group (Wales), Gaitkrash (Cork) and Theatre P'Yut (Seoul). It's five performers, one cellist, one music artist, one director, and one dramaturg (me). You can follow our progress on my blog www.kaiteoreilly.wordpress.com 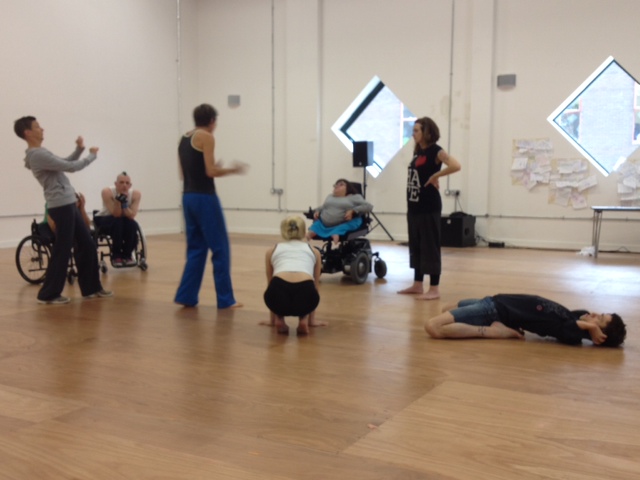 Associate choreographer in rehearsals with cast of In Water I'm Weightless.

Further images from day 2 at:…

In Water I'm Weightless Day one 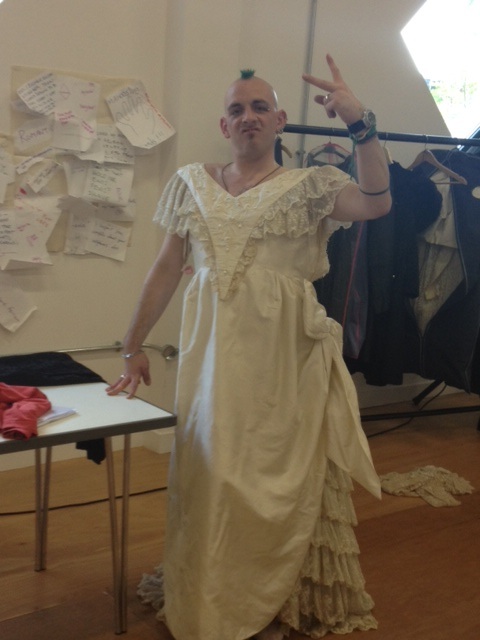 What more can I say? The wonderfully defiant and subversive Nick Phillips on day one of rehearsals, In Water I'm Weightless....

first day of tech' The Echo Chamber with The Llanarth Group

A few thoughts and photos on the nature of the much (and unfairly?) maligned technical rehearsal - from today's tech' at Chapter.

Getting in, getting ready - The Echo Chamber

The latest post about getting The Echo Chamber, a collaboration between Ian Morgan, Phillip Zarrilli, Peader Kirk and me, with design by Ace McCarron can be read at:

The end of the third week of rehearsals for The Echo Chamber with the Llanarth Group, which opens at Chapter in Cardiff next week. You can find some rehearsal photos on my blog documenting the making process with Ian Morgan, Phillip Zarrilli and Peader Kirk at:…

Nearing the end of my first rehearsal week making The Echo Chamber with The Llanarth Group - Peader Kirk, Phillip Zarrilli and Ian Morgan. I've posted a blog on text and physical structures when working with practitioners who can count training in Kerala in Kathakali dance theatre and Kalarippayyttu, in Paris with Monika Pagneux, and in Italy with Grotowski at his Workcenter between them. To read the post, go to:…