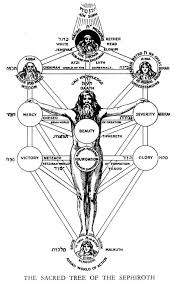 C.G. Harrison, a High Church Anglican, is little remembered today. In 1893, Harrison wrote a rather curious book entitled "The Transcendental Universe." and gave a series of lectures that caused uproar in esoteric circles and the Church, for he revealed secrets that they believed should have been kept hidden. Harrison, in his six lectures in 1893,predicted the First World War, the rise of Communism, and an understanding of evil. I have included an extract from the play "A Cabinet of Curiosities" that is currently being considered for a reading when the players are established. The play uses fact and fiction as Harrison is about to present his first lecture to the Berean Society. Harrison knows the threat Madame Blavatsky presents with her theosophic movement. He intends fighting her beliefs with what he understands of the universe and the meaning of Christ's incarnation. He soothes the anxities of Charteris, who believes Harrison is making a dreadful mistake. Then he speaks to Edward Ogden, a young curate, who begins to doubt his beliefs. . .

Ogden:   My problem is that other people will misunderstand your aims, Charles. I agree that the time is nearly perfect for this train of thought. There has been no substantial challenge for many years. You and I may always be complete opposites.

Harrison:   The duality of man is an apt description. Few truly understand. Many sources indicate this. You only have to read a simple folk tale to understand the riches hidden behind the words. Words and phrases attach themselves to the unconscious mind when you are asleep and you are troubled because you cannot remember from whence the ideas originated. Do you recall what I said about Emily Bronte last week?

Harrison:   Well, before she wrote her curious masterpiece, English Literature was suffering from a dearth of ideas. This story encapsulates rather cleverly the two worlds of the invisible creator. They brutally depict life and death throughout the book. Whoever would have thought that a frail girl such as she could write so powerfully? Cathy cannot have all she wants. She marries Edgar Linton, but, secretly, her passion is still for Heathcliff, Ned. Nellie tells Cathy that she has the respectability she always wanted by living at Thrushcross Grange. Were Cathy and Heathcliff twined souls and did she connive in the creation of his temperament? The book works on many levels and I always discover something new when I reread it.

Ogden:  Can there be a love that is stronger than death?

Harrison:   The residue of the spirit can remain, Ned, and this is the subtle point Emily makes. Heathcliff has his wish when they are reunited in death. He will never see her flesh lifeless. His excuse will be the north wind that chills her, while if she is silent, she will be asleep. Cathy tells Ellen that she dreamt she was in heaven and that she wanted to come back to earth. The angels, rightly perturbed, threw her out and she came back to Wuthering Heights. . .