Every day of late is focused primarily on my latest project The Tempest on Fire. This fire theatre spectacular will take place during autumn half term at the Penpont Estate near Brecon where I am living a bucolic lifestyle in a caravan on the banks of the River Usk. 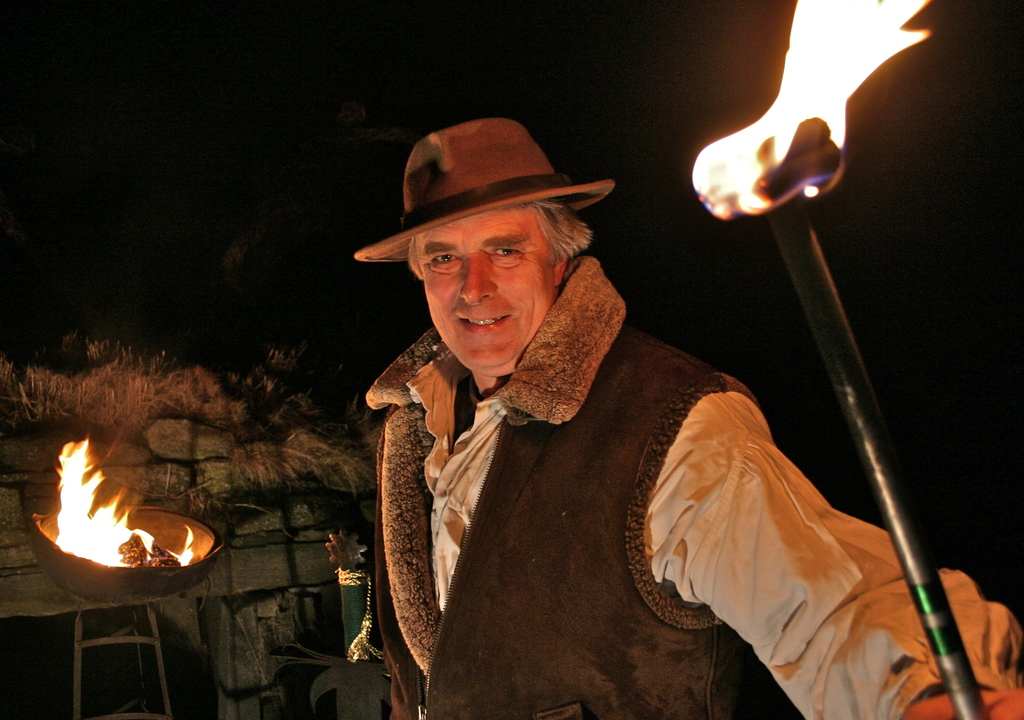 Every morning when I get up the beauty of Penpont surrounds me and inspires me.  It is here that I designed and made the Greenman Maze at the turn of the millennium in 2000.

My fiery vision of an abridged Shakespeare’s Tempest uses this maze as the focus of the action – it literally becomes Prospero’s enchanted isle.

So every day I walk the maze and its interlocking gardens whilst thinking about how best to make the Halloween treat that can take on board the high points from my past Hay on Fire Festivals and incorporate them into the idyllic site here at Penpont.

The Tempest on Fire is really a labour of love and I am involved in every aspect of the production – from portaloos to programmes, from banners to bussing our audience in from Theatre Brycheiniog.

Every couple of days I pop in to see the good folk at the Box Office at Theatre Brycheiniog http://www.brycheiniog.co.uk/ and hear about ticket sales.  I’m quite trepidatious about this project as it is a new departure for me.  My company the Department of Enjoyment usually successfully brings one-off events but The Tempest on Fire is going to involve 5 nights of performance in a row.

I meet many different sorts of people every day and most are incredibly interested and helpful.  Rock star Robert Plant of Led Zeppelin actually helped fund the project and is coming to see it live.  I have even persuaded Radio 4’s Shipping Forecast announcer to record my own comedy forecast: a real Tempest warning!

Wherever I go I make a point of handing out leaflets and flyers for the show.  Whilst driving around I frequently see the banners which I helped to put up and this sight always brings a smile to my face.

Obviously publicity and marketing has changed since my early days as a professional clown – though I did get to feature on a front cover of Private Eye no less!  Nowadays it’s just as important to get your show all over the various social media. So I dip into Facebook on and off throughout the day and I’ve even learned to tweet for this project.

Almost every day I hear from Felix Rowberry, the daughter of one of my oldest friends, whose production company is providing PA, lighting and pyrotechnic special effects for the show.  She really is amazing and it’s a delight the way in which she overcomes every obstacle creatively.  It’s no surprise that her crew worked on both the Olympics in 2012 and the Rolling Stones at Glastonbury Festival 2013.  If she’s good enough for Mick and the boys, then she’s good enough for me. 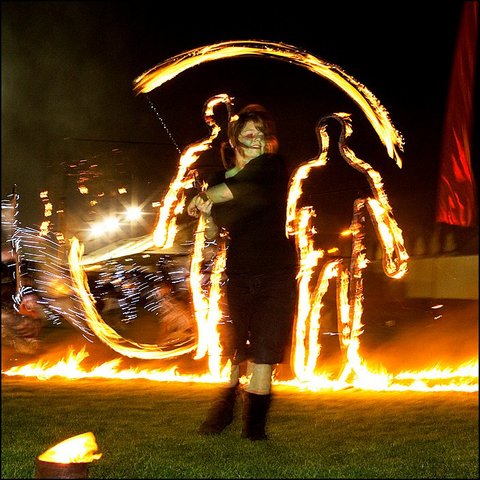 Around tea time I normally chat with one of our special guest groups on the phone.  The Tempest on Fire will include fantastic contributions from Organised Kaos http://www.organisedkaos.org.uk/ in terms of fire circus performances and from world music stars Baka Beyond http://www.bakabeyond.net/ who are going to accompany the action.

Baka Beyond include my son Clyde as one of their drummers and it will be great to be working closely together on this project. Their music will help hold it all together.

To end the evening I sometimes force myself to indulge in one of the fine local ales that will be on sale to ensure our audience is fully refreshed.  If I’m lucky, this brew will be provided by Gavin and Vina Hogg on Penpont Estate in their toasty kitchen.

Penpont are simply great hosts on every scale.  I am going to provide a feast for the eyes with my show and Gav and Vina will ensure those who come get plenty of good things to literally feast on too.