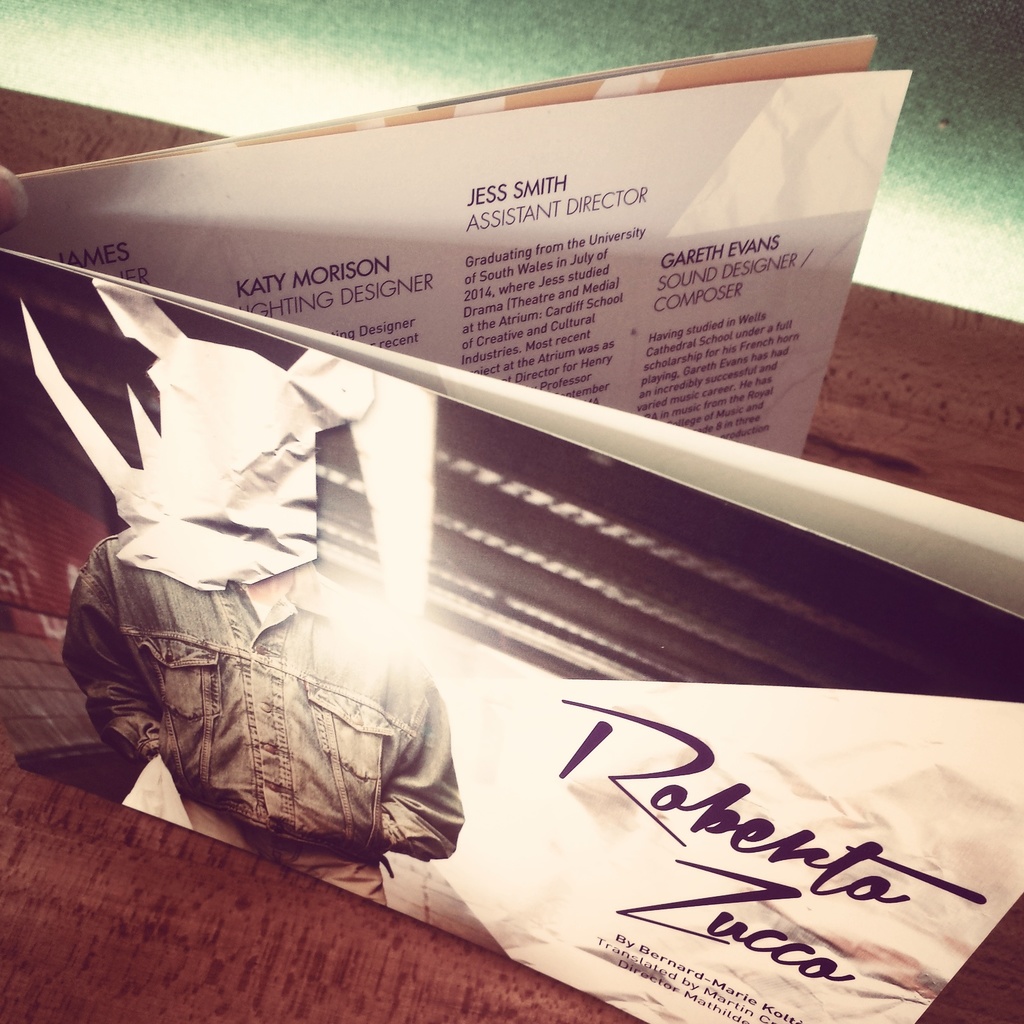 I mentioned before in my last blog that this was my first time ever working with a professional theatre company, so everything was new to me and I have very little to  compare the experience to. How I came by the job was partly through luck and partly through a friend who was on their promotions team. But for me and to friends I told it was crazy to think that I was already working on a professional production before I had even graduated university,  so for that I will be forever grateful to Sarah (the producer) and Mathilde (director) for giving me the opportunity to work with them.

The experience itself was not entirely unlike things I had experienced at on my course at university, but on a far larger scale, with a tighter time constrain. I was able to see the whole production come together in the short space of 5 weeks, which was completely different to any other production I had ever worked on; due to the fact that it was far more intensive. Through my experience as assistant director I was able to see all the different elements of the production come together throughout the process, and by turning up to production meetings whenever I could, I was given a much more rounded view of the whole rehearsal process. That being said, most of my time was spent in the rehearsal room watching Mathilde and the actors work; which was intense (as the best way to describe it), everyone was so creative and fearless that nothing was off limits and often things that started out as a joke would end up in the final show.

I very much felt that my whole role in the process was to sit, watch and make as many notes as possible to help out Mathilde, and contribute to discussions with ideas. It was certainly not my place to interject and contradict Mathilde’s notes. However I was given the opportunity to direct; through the choir. Where we were having trouble with some of the movements of the choir, so I produced a list of all the movements for each scene, which Mathilde added to and distributed, and from that point on I was partly in charge of the choir’s movements on stage.

When I was initially asked to be assistant director I declined, as I wasn’t sure how much I would be able to commit to the show, but when asked again if I would be interested in it part time I jumped at the chance. And for me personally, I felt this was the best way for the job to start as it eased me into the role without feeling overwhelming, and then by the end of the process I was there every day as that was when everyone was needed most. The whole experience was crazy but I enjoyed all of it (even crawling on the floor as a worm and mopping up blood every night), and I consider myself very lucky to have worked with so many talented and creative people at such an early stage in my (fingers crossed) career.

Also I got way too excited at seeing my name in professional theatre company’s program for the first time (as in the picture).

Lovely working with you Jess. Excited to see what work you produce on your masters. Have lots of fun! x