Katja von der Ropp studied theatre research, German literature and politics in Berlin and Helsinki. She co­founded the theatre group BRAND (www.brandschrift.de) and works as freelance dramaturg and director since 2009 and as translator (Finnish­German) since 2012. With BRAND she realized several productions as artistical leader/director: „KLAUT! KLAUS! NEUKÖLLN!“, an interactive 48­hours­performance in Berlin about resistance; „KLAUS! LEBT! IDEAL!“, a sitespecific performance on utopian living in Berlin­Neukölln; „H!A!S!E!“, which created a fictional reality in a discredited neighbourhood of Berlin (Rollberg­Viertel); „SUPERmensch – Über die Superkräfte im Alter“, a performance about the superpowers of elderly people. Currently working as part of the leading team of WISE in Berlin and as dramaturg for the performance „Modal verbs“ from Jasna Layes­Vinovrski (Uferstudios Berlin).

Heidrun Kaletsch, theatre director. After her studies in Berlin and some years of directing work Heidrun attends a 3 year's masterclass in acting and directing pedagogy (1999-2001 at AktZent Berlin/Gitis Moscow, artistic director Prof. Dr. Jurij Alschitz). From 1997 until 2004 she is artistic director of the Burg-Theater Rosslau Summer Festival. She gets awards for literature  by the Federal State of Sachsen-Anhalt (dramatization of „Der Waldbruder“ nach JMR Lenz in 1996) and for women's research by the Berlin Senate (as playwright of „Frauen von Tschechow“ in 2000). Heidrun has produced numerous theatre productions in Germany and Italy, which participated in many festivals (Weimar - Cultural Capital of Europe, Germany 99, Fiera della Parola, Italy 2005, Festival di Benevento, Italy 2006,  Festival Cosmonauti Roma, Italy 2006, Festival Armunia Castiglioncello, Italy 2007, Festival Maria Kiew, Ukraine 2007). She developed the pedagogical concept for the European WISE project 2013-2015, wrote some of the dramaturgy (Capitoli V, VI, VII, X). She directed Capitoli I, V, IX, X, XII. As acting pedagogue she leads international workshops for actors.

Sonia Antinori is an Italian playwright, actress and theatre director working in Italy and abroad since 1990. Her plays have been presented at several festivals, theaters, broadcasted and translated into German, English, French, Spanish etc. She has won several awards Premio Tondelli (1993), Premio Riccione (1995), Mravac Award of the International Theater Festival in Mostar - Bosnia (1997) Premio Candoni Arta Terme (1998), Premio Valeria Moriconi (2011). She has translated many plays from German and English into Italian (A.Schnitzler, F.Wedekind, Ö.von Horvàth, K.Specht, W.Schwab, Th.Wilder, R.Munro, M.Rose, G.Büchner, M.Bertholet, F.Kater, E.O’Neill, D.Loher). In 2007 her Italian version of the play Volksvernichtung by Austrian playwright Werner Schwab has been awarded with the most prestigious Italian Theatre Prize: Premio Ubu in Milan. 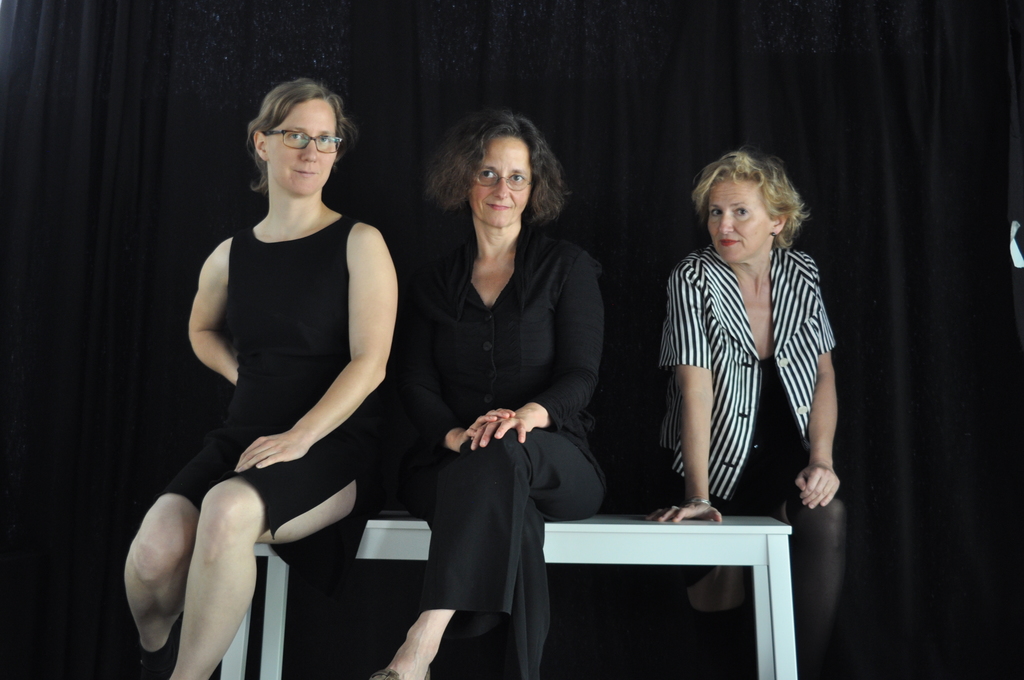 If you're about on Friday we'd love to share this event with you: