Got some much needed sleep.  I managed to go through the day yesterday and stayed awake before crashing and getting my body clock adjusted hopefully – we will see!

So day three in Tokyo and what a great day it was with John doing a press conference alongside the other international partners/ collaborators making up New National Theatre’s international season - "With – Connecting with World Theatre".  The National Theatre of Korea and german playwright, Roland Schimmelpfennig alongside Opportunity of Efficiency, NTW make up the season which sounds exciting and very interesting.   I was amazed to hear how old some of the actors were, they really do not look their age- there must be something in the water! 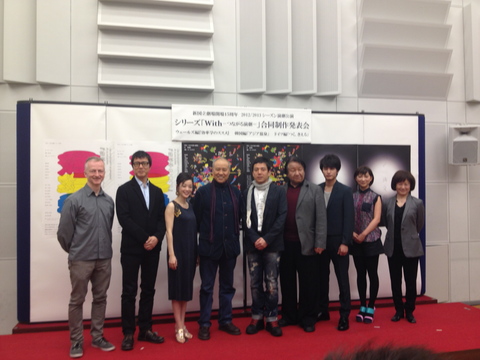 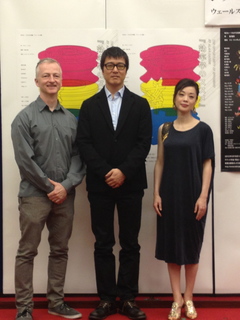 After the press conference I decided to explore a little more and went to search out some cherry blossom which I was assured were amazing.  I certainly wasn’t disappointed.  Finding myself at the Imperial Palace and the National Gardens I wondered around and as all good tourists took a huge number of photos  - here is the link to Facebook where I posted them all - Tokyo. 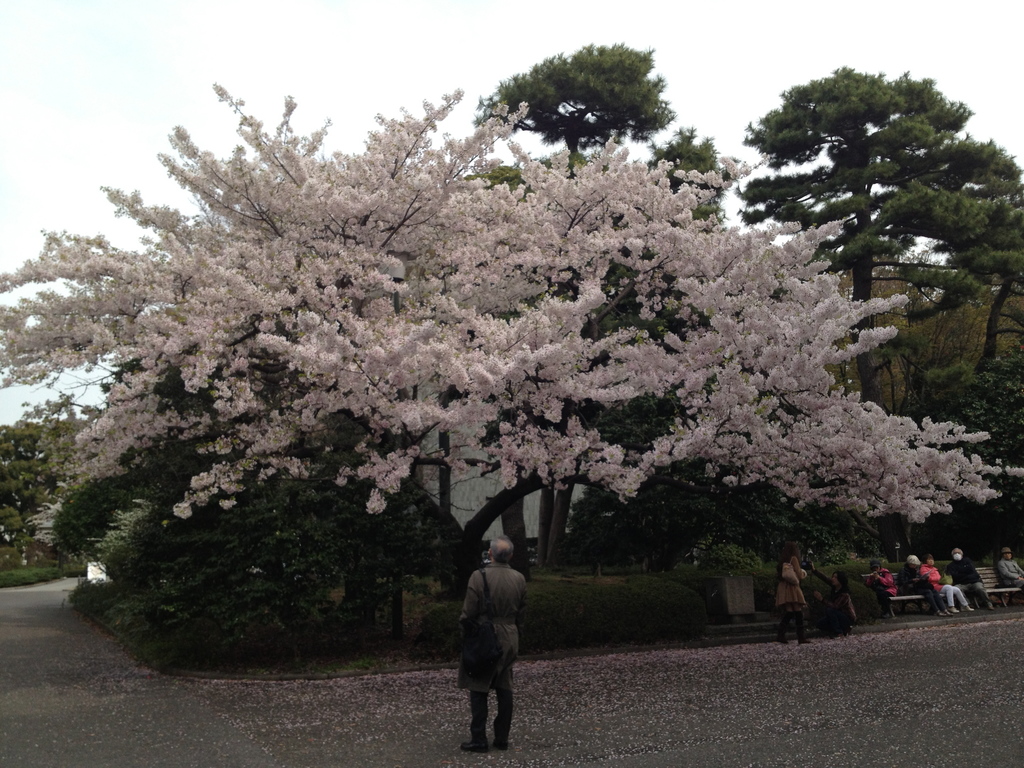 On my way back I met a Japanese woman on the train who was back in Japan after 20 years abroad.  Had a great conversation with her about Assembly and am hoping she will come along to the event.

I then went on the hunt for a phone as there has been some difficulty trying to find a sim card for my Iphone, so the recommendation was to rent the whole phone.  However I found myself in the international embassy district of town and quickly was quite lost.  After meandering around for an hour or so I gave up on this task and decided I would return to it another day.  But I did find a really cool shrine in the middle of all the sky scrapers. 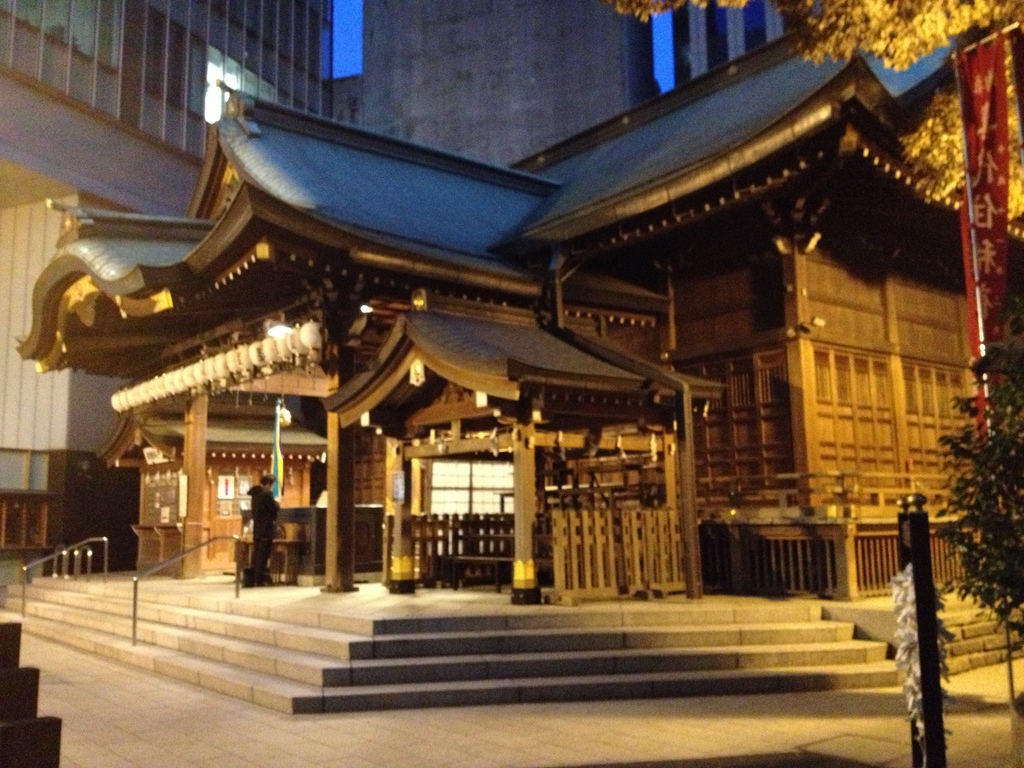 I got back on the metro and headed back to the New National Theatre just in time to watch the National Ballet of Japan perform some new contemporary dance alongside an award winning piece.  All of the pieces were gorgeous and beautiful.  Although I had to fight jet lag throughout, I enjoyed the pieces thoroughly, so a massive thank you to Amy for arranging the tickets.  A huge well done to all the dancers and choreographers, Kanamori Jo, Nakamura Megumi and violinist Watanabe Reiko.

After all of that, the evening wasn’t over as I met with John and he took me to a small local Sushi bar where I had my first ever proper Sushi- loved it! We then returned to the apartments I crashed as I had hoped, to wake up revitalized and ready to take on day four!  Also I will find a phone today maybe???? 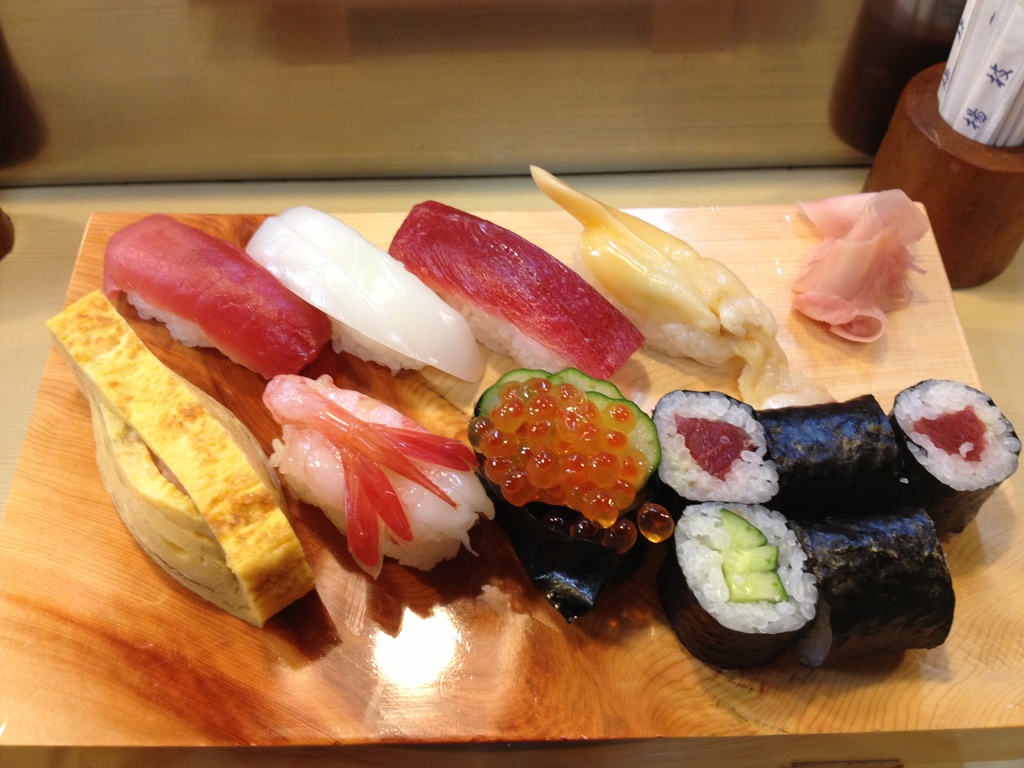 Ooops couple things I didn't mention in my initial blog post - I am now planning to deliver a workshop on facilitation and devising with some of the students from the Young Artists Training Programme.

Also I was in the rehearsal room for a bit and really enjoyed what I saw.

“It feels very relevant to every hour that we live through in this current situation” Here, directors @Chelsey_Gillard & @JacIfanMoore explore why Antigone is still so relevant today. Tonight. 7pm. On our @ambobdim https://buff.ly/3euypSb pic.twitter.com/BpnVol94ZS

“It feels very relevant to every hour that we live through in this current situation” Here, directors @Chelsey_Gillard & @JacIfanMoore explore why Antigone is still so relevant today. Tonight. 7pm. On our @ambobdim https://buff.ly/3euypSb  pic.twitter.com/BpnVol94ZS