Award Winning Company Familia de la Noche are running a company workshop at Chapter Arts Centre on Tuesday 24th November, running alongside performances their 5* show The Greatest Liar in all the World.

A bit about the Company:  We are an emerging theatre company based in Carmarthenshire. We have been working in Wales for the past 3 years. We are a mixture of actors, dancers, puppeteers, clowns and musicians who are all worked extensively nationally and internationally. We have had several successful runs at the Edinburgh Fringe Festival in 2013, 2014 and 2015 getting 5* reviews for our 2 current shows The Greatest Liar in all the World and The Very Grey Matter of Edward Blank. We were awarded the Blysh Commission by WMC in 2014 and at the 2015 Edinburgh Fringe Festival we were awarded the ThreeWeeks Editors Award for our "consistently outstanding" work.

About the Workshop: The workshop is a chance for you to meet the company and for us to meet you. We’ll look at the way which we make our shows and have a muck about with clowning, physical theatre and puppetry. The workshop will run from 3pm to 5pm on Tuesday 24th November. Tickets are £15. Space is limited so to register your interest or find out more get in touch with Becca – Becca@familiadelanoche.com

We’d love to see you there. 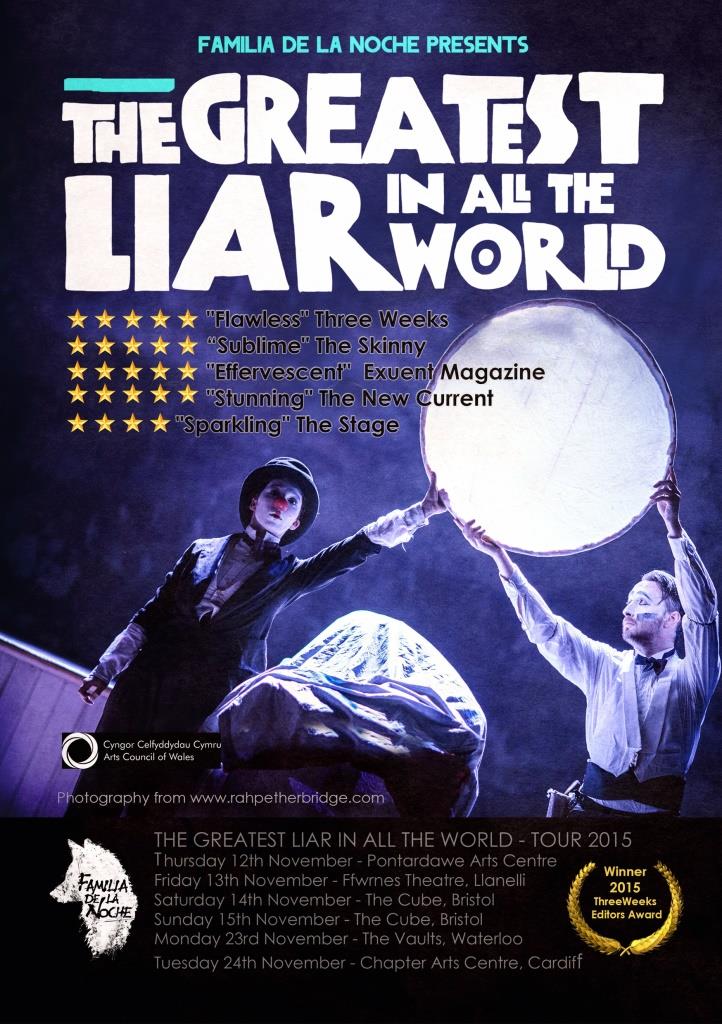