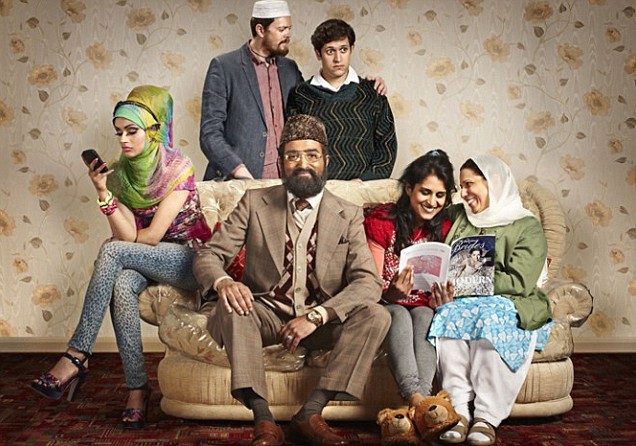 I sat down last night to watch Citizen Khan for a bit of research as the central character is a sort of Pakistani 'Alf Garnett' from Birmingham. I thought this would be helpful to flesh out one of my central characters in new piece "Curry - The Musical!"

My other half Sarah, who's as 'ginger' as they come (and has the temperament to match it) absolutely howled at that one.

Incidentally, whenever Sarah calls me, the phone goes "Ginger alert, ginger alert" in a sort of Dalek voice. Perhaps verging on the insulting you might say - but she was the one who sent me the ringtone in the first place!

It certainly makes one wonder at what point a humorous remark become racist, 'gingerist' or 'disableist'.

The presenters of the Paralympics, were having a similar debate last night on Channel Four (well it would be Channel Four wouldn't it?). One guy, who only appeared to only have a couple of fingers on each hand said it was simple to know if the mark had been overstepped, " If it's funny it's funny. If it offensive - well it's offensive."

He then went on to tell a very funny, self-deprecating joke about his inability to play Paper, Rock, Scissors. I couldn't help thinking that if I'd told that joke it that I would be on very thin ice.

One thing is for sure. Context is everything. Isn't it?
Citizen Khan - 700 complaints article