It was a collectively quick decision. After the Newport Assembly I felt the need to follow it up with something solid, a performance, another opportunity to be part of the day to day life of Newport. Marega, Dino and I had talked over a few beers back in November and felt that if the Assembly was to mean anything we had to be proactive in creating a new liaison. We had just met during the days we spent pulling shapes in the Empty Shop window but there was a nice bubbling feeling after devising and discussing ideas for the night of the assembly. So in December we met again, then engaged the Empty Shop project and the Riverfront in our thinking and set about creating a couple of performances, the final one being a Continuous Cabaret on Friday 17th December. We were given the old bookmakers shop in Upper Dock Street for a week and thankfully it was warm and cosy. Dino managed to get furniture and various pictures and paintings from the manager of St. Anne's Hospice who donated/lent them to the cause. The Riverfront lent us a PA system, Dom Williams made us brilliant pictures and chalked a variety of portraits on the black walls and Christina offered us her eyes and ears before heading back home to Germany. We spent the week devising/revisiting and playing with material that made up a surreal but accessible show. We clung to some of the words of the Futurist Manifesto but decided not to glue any audience members to seats, but maybe next time.

Despite the snow on that day that caused so much chaos we managed to perform for 5 hours to a wide range of audience members, some of who stuck their heads in the door way for a couple of minutes others who stayed with us for an hour, left and came back later baring gifts. When the shop emptied at the half way point...we continued but took to the street, animated and committed to draw people in. Then as the shop filled again we were able to improvise a little more and play up to those watching. As the day passed we were grateful to Chris and John Sherwood for seeing us over the finish line with Chris singing a couple of songs and both he and John Lindy Hopping to Count Bassie and smooching to Moonlight Serenade (not with each other I'll add).

There are some interesting comparisons that can be made to the whole idea of people in a recession, finding an empty space and just performing on and on. It never felt desperate, it wasn't long enough for that, but there were obvious energy shifts. However there was an overwhelming feeling of elation no matter how much we repeated elements of the show. Dino (Singing) and Marega (Piano) did a version of Blue Moon that ran for some 20 minutes at one point and then reprised it an hour later. It was magical, alluring and powerful to sing the chorus over and over and watch people look in, smile, sneer, sing along or walk in, sit down and watch. Marega did some ballet, Dino a scene from Hamlet, I sang a Cindy Lauper song, we all put cow masks on and mooed and on and on it went.

Newport Assembly has brought us few together ....and there are others who were unavailable this time due to the seasonal demands....and we are grateful, not for their absence but for the collective coming together. So we are meeting next month....looking for another space and planning on doing the same or something different. The onus being very much on the doing ....the time just seems ripe.

firstly sorry for no being able to get to see the shop before i left. looks to have been brilliant and good to hear your audience seemed to enjoy it too. trying to establish the atmosphere of the day and it seems to have been a great success and definately something both myself and christina could have watched all day. seems to have everything. classic drama, dance, music and small fun sketches. any more pictures of the day or video if possible would be greatly appreciated.

have a lush christmas everyone 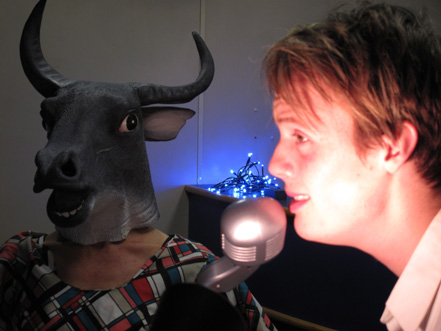 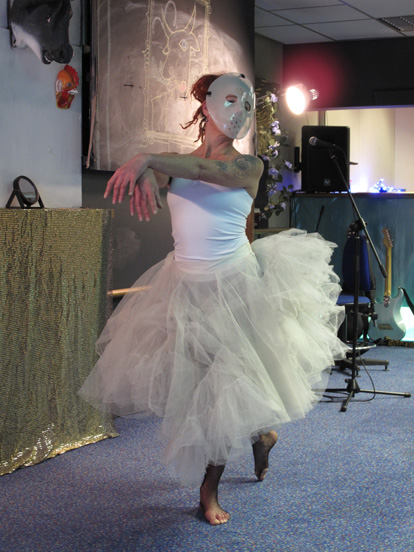 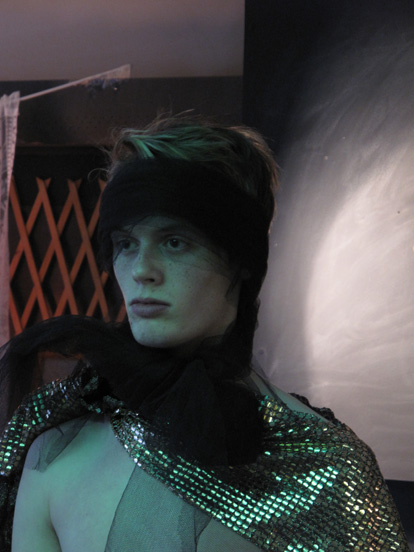 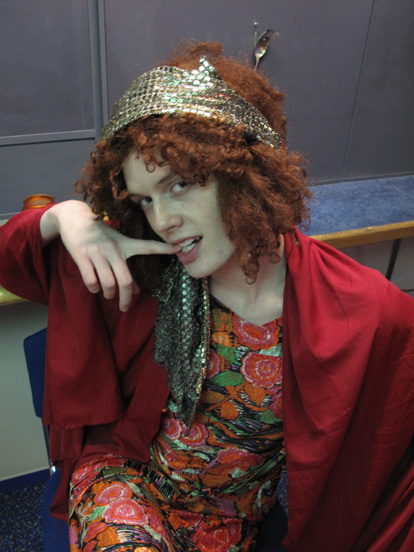 Comment by Dominic Williams on December 23, 2010 at 12:09
I can dig it. I'm looking forward to the next brainstorm session.