I got a rather odd look from an elderly lady as I purchased a tacky, broken Elvis toy from her charity shop. For some reason, this kind old woman couldn't quite understand why I was about to splash out 25p on a once-lovely item that had been absolutely ruined by the children. Similarly, the man in the PDSA store was reluctant to ask what kind of 'desperate times' led to me buying two Action Men. Little did they know that ten minutes later I'd be helping to break up the plastic figurines in Chapter's Market House, all in the name of art. 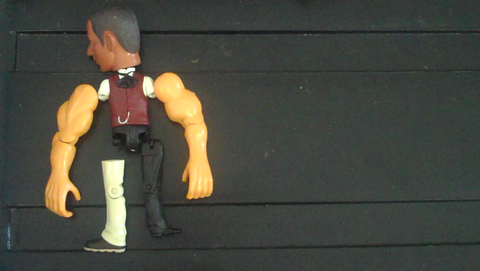 Today was Day Three of a mightily interesting week at the De Gabay R&D where we've been using experimental and interactive techniques to explore the different stages of man. With an inspiring group of guys with Somali/British identities, we've been testing the extent to which masculine individuality can be classified in terms of age and geography. We've also been working to present fresh writing in challenging new ways. 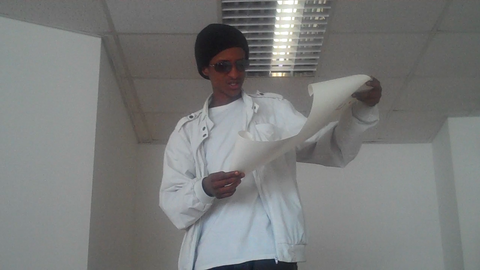 Our writer-performers have brought more angles to the table than Bauhaus ever could, exploring themes as diverse as ownership and belonging, travel and stagnation, nightingales and hairy aliens. Now we have quality writing that is blunt, honest, funny and philosophical, I'm desperate to see the work developed and showcased by the end of the week. 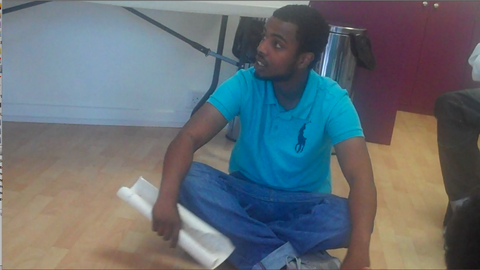 With workshops with freestyle record holder Ruffstylz, we all totally triumphed at tongue twisters (or something like that). Ruffstylz also shed light on how different writers' tones are naturally more suited to a specific medium, for example rap, spoken word or poetry. The performers have boldly experimented with how they deliver their pieces and the week so far has been a fascinating exploration of how stories make the journey from pen to stage. 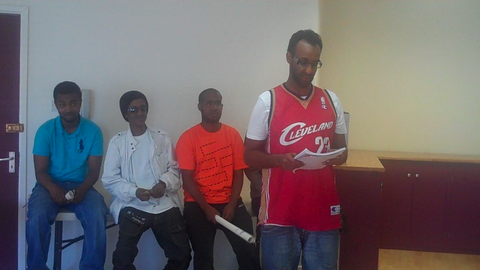 The power of language as competitive force has also been played out to its full potential. Echoing Ruffstylz's freestyle battles, Ahmed, Daud and Basheer scripted hyperbolically good-natured insults, amusing everyone bold enough to stay in the room. Tomorrow, Belgian choreographer Ben Benaouiss will be joining us to take this dynamic energy further through movement and focused staging. I leave you with the knowledge that nothing has been finished and everything is yet to be explored and evolved. We’ll keep you posted.

Comment by carmen medway-stephens on June 12, 2011 at 12:51
Hey, this looks like a really interesting project, keep us informed c x

some bits of video coming up soon

Great sharing guys.  Now to decide the next steps in moving this work forward.