Dullness means having a lark.

Dull to me means grey, boring, or lacking interest. Last week in Rhayader I learnt that it can mean daft, silly, or having a lark. Local ranger, Al told me this on the corner, by the estate agents after having had tea at his Gran’s house. I was intrigued by the unusual use of this word. Having been brought up in a hamlet just outside of Salisbury before moving to East London, then to Madrid, then to Aberystwyth (where I currently reside) I’ve become attentive to different phrases and sounds that surround you and somehow contribute to the aural architecture of place.

Whilst in Rhayader last week with PeerGroup and National Theatre Wales, I decided to follow (or dig to use their terms) my curiosity for words and phrases. As I spoke to people, I became increasingly aware that I didn’t sound like I was from round there – I couldn’t quite put my finger on the exact words and phrases that were used or the specifics of the accent but I wanted to find out more about what made Rhayader vocally different to elsewhere in the world.

I started my own ‘diversion’ by finding elder members of the community – I joined the pensioners for a roast at the Lamb and Flag and got chatting to a few. I quickly learnt that asking someone directly about

what it is that they say that you don’t led to a brick wall – clearly the way people use language and expressions is so innate that the minute you ask about it, it causes people’s minds to go blank. I decided to change tactic and think of places in the town that lent themselves to conversation – coffee shops, hairdressers, grocery shops. I tried to blend in, to be in the background while I tuned in to others conversations. At the hairdressers, I volunteered to work for an hour – sweeping hair and polishing mirrors. It took them a while to get over the shock of someone wanting to work for nothing. After about fifteen minutes, they got used to me being there, they relaxed and were able to chat as though I wasn’t around.

I collected various phrases I had heard in and around Rhayader. Greatly inspired by Thursday night’s bingo at the Leisure centre, I created ‘Local Vocal Bingo’. Participants drew a grid, picked six numbers which 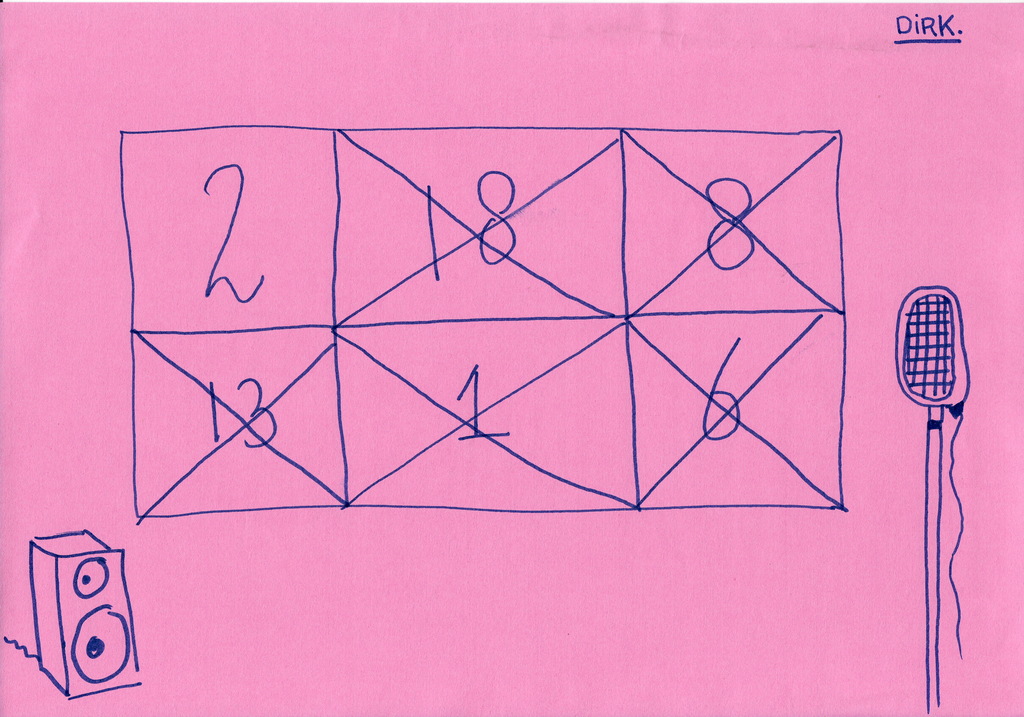 corresponded to six places in the town where I had overheard local phrases or sayings. I read out the phrases in my own accent (verging on received pronunciation) to some hilarity. The winner got a one-to-one concert of my local vocals – a medley of verses from my school song mixed with TLC’s 90’s classic Don’t go chasing waterfalls and Estrella Morente’s Volver from the Almodovar film.