As I'm sure you will have noticed, National Theatre Wales are re-staging The Radicalisation of Bradley Manning at this year's Edinburgh Fringe Festival. I had the great pleasure of looking after the show's marketing, and to be in Edinburgh with the team during tech week and the opening few nights of the show. 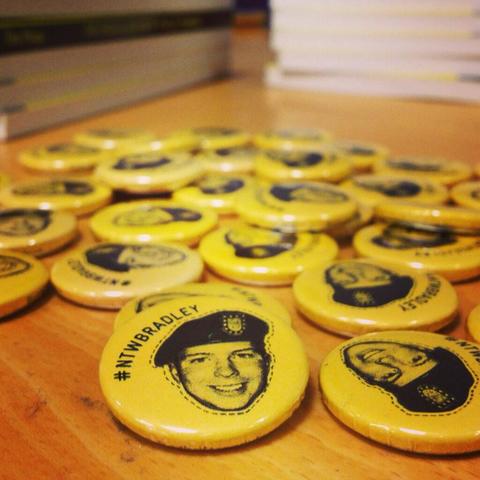 I'm sure you'll think I'm biased but I'll say this anyway: it's a really, genuinely brilliant show. I thought so the first time round, but the re-mounting, with its subtle script edits, re-staged scenes and incredible relevance (with Bradley's trial going on right now in the USA) is something else. The show has an urgency and a feeling about it that is really quite special.

The cast and crew had a very fast-paced tech 'week' (more like 36 hours) and they worked so hard to get the show up. This cast are six great actors, with an unfathomable amount of energy that they throw into the show every single performance. I'm sure I couldn't manage that!

If you are up in Edinburgh, the show runs until Sunday 25th August at St Thomas of Aquin's High School (Venue 17) and you can book tickets here. 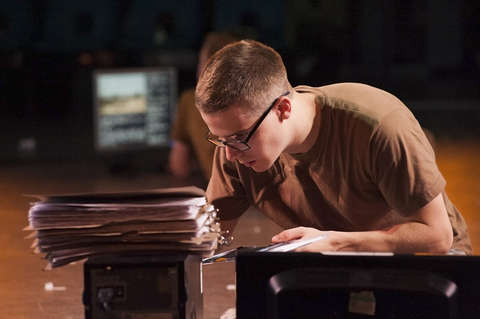 If you can't make it to Edinburgh, or you just want to see the show again in a different way, you can watch every performance live online and join in with live chat around the themes in the play. There will be guest curators - ranging from campaigners to politicians to journalists - chatting online throughout the run, so join them. Watch online here. The shows are at 7.30pm BST every night except Wednesdays, and there are 2.30pm BST shows on Saturdays and Sundays. 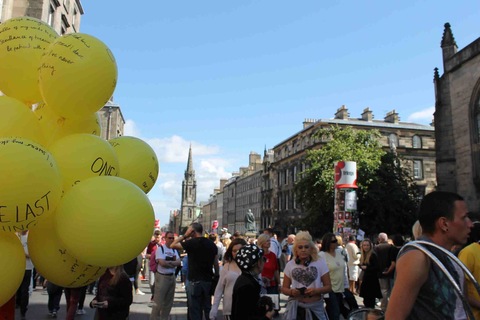 While I was up in Edinburgh I took the opportunity to see a few other shows. (No, I didn't really sleep. It didn't seem like a priority). Here are a few roundups and highlights:

This is a one-woman show with feminist undertones, telling the story of a girl learning what it means to be a woman, and to be a rebel, or a feminist, or whatever that turns out to be. It's a creative journey and Aisling's physical appearance (in terms of costume/wig design) changes through the story to help create the narrative of her changing ideas. She's a great performer and the story is engaging.

All That Malarkey Presents...

Four recent singing graduates from the Royal Welsh College of Music & Drama, and one pianist/composer have created arrangements of popular songs, semi-staged them and made an hour of humorous performances ranging from The Ugly Duckling to Bruno Mars. It was really funny and creatively put together. All That Malarkey are based in Cardiff and will be performing in South Wales over the next few months. I highly recommend going to see them!

Yes, it's a musical, yes it's cheesy but I'm afraid I'm shameless on this one. My stomach hurt from laughing so much and in the brief moments when I stopped laughing for a second, it was only to appreciate the ability of this group of performers who created characters, a story and songs on the spot based on suggestions from the audience and on-stage director/dramaturg.

As Told By & Greenwich Theatre, Bedlam Theatre until 24th August

This, I'm afraid, was my only disappointment of the week. The concept interested me: a musical based around a series of photographs, which would be projected on stage. I was hoping for some stunning photography and a narrative to match. What I saw, though, was some rather obscure props hanging from frames either side of the stage, a small projector screen with fairly unclear images on it, and a series of songs entirely unrelated to one another. It's a shame, because the concept itself has a fair amount of potential.

Ok so it's not strictly theatre - in fact it's billed as the Fringe's lunchtime science party - but it's great. Really enjoyable. Real-life couple Helen and Rob are funny, and weave little narratives around their science experiments. They're all the sort of things you can do in your home, like using noodles as a pH indicator, and they're pretty funny. All good science parties involve audience participation, so I was dressed up like a flower and other audience members as the Hubble Telescope, the Sun and parts of a rainbow.

Ben is a Cardiff-born comedian and comedy writer. In this show he 'is' Jeff Goldblum, using a powerpoint presentation, video content and props to tell his own life story, from the films he's appeared in to some deep life advice he received from other celebrities along the way. It's a great way to construct a comedy show, as there's a hook right from the start, and it benefits from being well-written and directed. If you're in Edinburgh you really should see this. 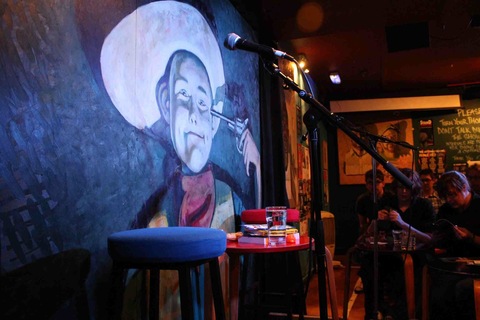 And finally... if you think I'm too wordy, Eve Nicol has been posting cat-based Fringe reviews. See them here.