As I write I am back at home in sunny Cardiff (well, in comparison) already feeling the post-Edinburgh festival blues. Firstly I'd like to give a big thank you to all those at NTW for allowing me to do this, I love Edinburgh and it has been a pleasure to write and promote for such an outstanding production. If I haven't already mentioned you should be watching NTW's The Radicalisation of Bradley Manning at Edinburgh or online. 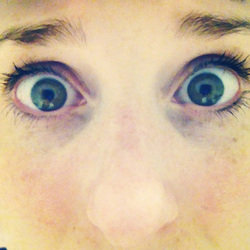 Half-Welsh, half-Iraqi and female, Nadia Kamil has certainly got her work cut out for her in this capitalised patriarchal society, run by the English (those damn polite English). But she is battling against it one 'Honk if you love Feminism' running t-shirt at a time.

Her show is silly and absurd, intelligent and warm, and is comedy at its best: subversive. Her fun admin very quickly achieves the Bechdel test (in which two named women must talk to each other about something other than men, a staggering number of movies fail this test), makes a cultural hero by having a man eating a yoghurt (against sexual stereotypes of advertising) and her feminist cabaret act is a sight to behold. Kamil injects the feminist cause with something it lacks for most people: fun. After seeing her show your mind can't help but wonder if there are little ways you can help the feminist cause, and begin to notice how much more there is still to be done. She is also one hell of a dancer.

My Name is Sue 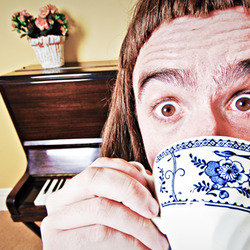 A dazzling production full of heart, there is a real sincerity to the Dafydd James' Sue. A loveable, lonely woman, Sue's misfortunes soon become hilarious under James' energetic and manic songs on the piano, accompanied by a strange trio of Sue-lets.

James' performance is bright and endearing, and in spite of Sue's eccentricities, or indeed because of her eccentricities, by the end of the play James easily has the audience on their feet singing 'We're all going to die'.

Ben Lewis and the production team have done a remarkably efficient job, transforming only a piano and a lamp into the cosy world of Sue's home.

Dark, catchy, and utterly brilliant, Sue is a woman everyone should have the chance to meet.

My Name is Sue plays at Underbelly, Bristo Square -Topside until the 26th August at 14:00. 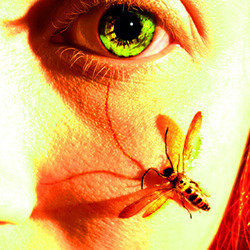 Philip Ridley's first play to debut at the Fringe, Dark Vanilla Jungle is a staggeringly tale of loneliness and love, beautifully captured by Gemma Whelan, best known as Yara Greyjoy in HBO's Game of Thrones.

Gemma Whelan embodies the naivety of a fifteen year old, flipping in temperament as she moves through her tale of abuse at the hands of those she trusted and those she needed to find love in. As we move deeper into her psychological damage she moves further and further away from reality, and Whelan's pace in the second half of the play is mesmerising; the play pounds towards its close and yet Whelan never misses a beat.

With a bare exposed stage set out in a thrust style, the performance is tense and intimate, and David Mercatli and Nick Bicat have done an exceptional job directing Whelan.

The script is very recognisably in Ridley's style, mixing the darkness with childhood, where imagination becomes an escape from the horrors of reality. Though excellent, it does make you wonder how the script would fare under a lesser actress, but it certainly is a masterful production.

One not to be missed.

Dark Vanilla Jungle plays at the Pleasance Courtyard until 26th August at  15:00. 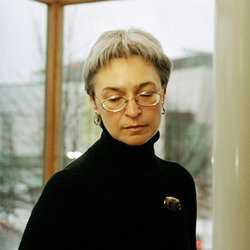 Anna exposes the murder of Russian journalist Anna Politkovskaya, who worked to expose the brutality and torture the Russian government instigated during the second Russian/Chechnya war against both those it saw as enemies to the state, as well as to ordinary citizens, innocent even in their own eyes.

Taking us down into the basement of Summerhall, the audience descend into the whitewashed halls via the lift that is to play the understated climax of the piece, so that they exit the production cramped with the body of Anna in the corner of the lift, the same location her body was found when she was murdered in her apartment block on the 7th October 2006.

The story is a frightening one, the more so because it is still prevalent. In the supposed "age of information" what is troubling is the extent to which stories and events are concealed, and the shocking tales of electrocution, mutilation, and the abhorrent treatment of those who are not even guilt of any crimes is an important story which Anna tells. But it also shows the extent to which those who are trying to expose these monsters are themselves punished, and subsequently forgotten, as those who destroyed them have desired.

On the whole, the intimidation of the guards and authority figure is a bit too shouty and repetitive, so that it comes to compromise the power and viciousness of the aggressors. Indeed, they seem weak, using physical intimidation to cover up their own inadequacies. Whether or not this was the intended effect it needed a bit of contrast, and the difficulties for the audience who are stood along the walls for the whole production comes to feel and bit underused and pointless.

Marnie Baxter puts in a fine performance as Anna, she evocatively conveys her passion to reveal these important stories, all the more made poignant by her own death and sacrifice.

The production never tips into self-indulgent pathos, the atrocities are always told with genuine emotion. Journalists such as Anna and many more are being killed with frightening regularity, with little being done to as a result, mainly because these systems and people behind the acts are still firmly in power. It is no wonder their despair and  emotion is so convincingly told.

Anna plays at Summerhall in the basement until the 25th August at 20:30. 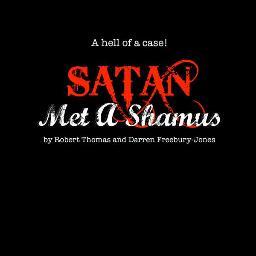 Hailing from Cardiff University, Satan Met A Shamus is a pastiche of noir, hollywood epic, broadway musical but is mainly a lot of people being silly onstage.

The story is very much a digressive tale, wandering from one absurdist character to another as the hero of the tale, private investigator  Rick Mahogany, tries to clear his name for a crime he didn't commit. Eventually this descends into his own descent into hell, making for a nice mirroring at the end of the play where Mahogany ends with the same speech he began, describing the city as a hellish nightmare.

Although the digression works to an extent, it does feels as if there are a few too many destinations in the journey, as the time spend building on the humour of one larger than life character is soon missed as we move onto the next one.

However, the franticness of the whole production is part of its charm, and the sheer shoddiness of the chase sequences in the small, dark space of Cawgatehead is embraced by the production, adding to the humour where it could have served to destroy the show.

Performances throughout are good, especially Will Pritchard as Mahogany, who holds the chaos of the show together, delivering the frequent monologues that are classic of the noir genre with charm and finesse.

There are a few of the motifs and recurring jokes that run thin, but at the same time there are lot of jokes that the production could use more of; the show is a good example of a young company finding its feet with real enthusiasm.

Satan Met a Shamus plays at Cowgatehead as part of PBH's Free Fringe until the 20th August at 18:45.

Once again, a big thank you to all of NTW.

David, our Head of Production, is heading to the @nglagostheatre, where he was the founding Production Manager and and is now a board member. We wish him the best of luck, and no doubt there’ll photos and stories aplenty following his return. https://bit.ly/2V4j3xo pic.twitter.com/TUdrJQoU5D

David, our Head of Production, is heading to the @nglagostheatre, where he was the founding Production Manager and and is now a board member. We wish him the best of luck, and no doubt there’ll photos and stories aplenty following his return. https://bit.ly/2V4j3xo  pic.twitter.com/TUdrJQoU5D 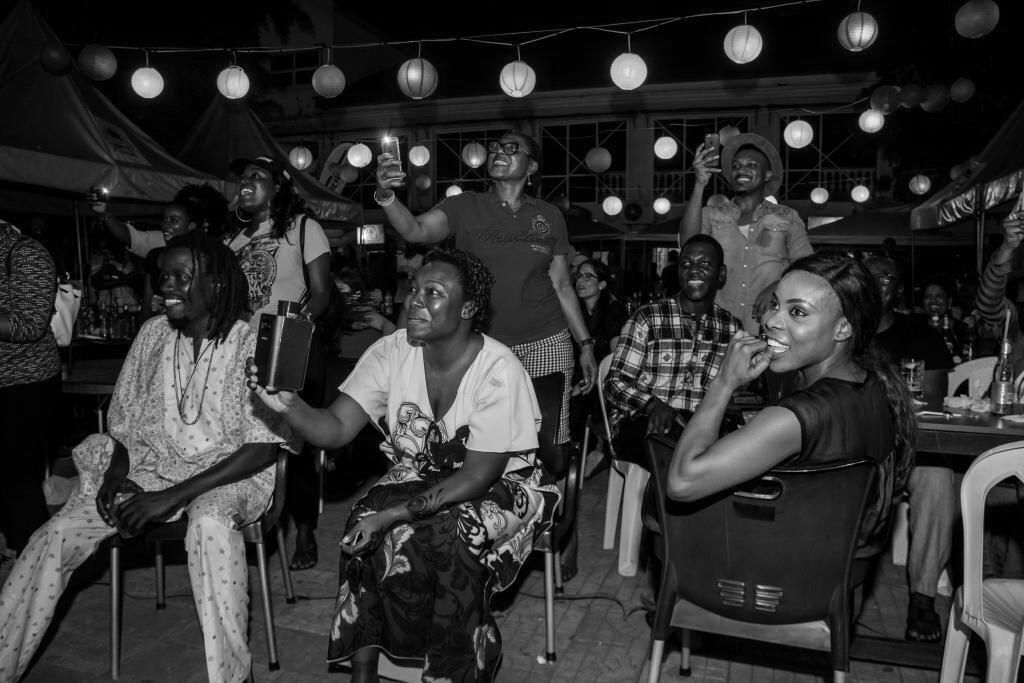 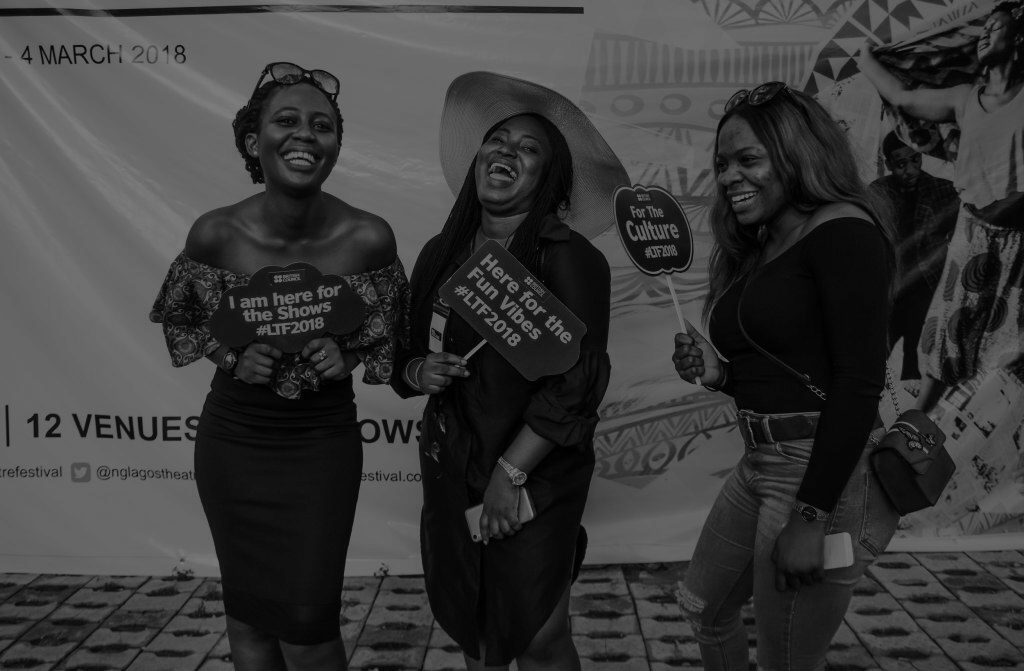 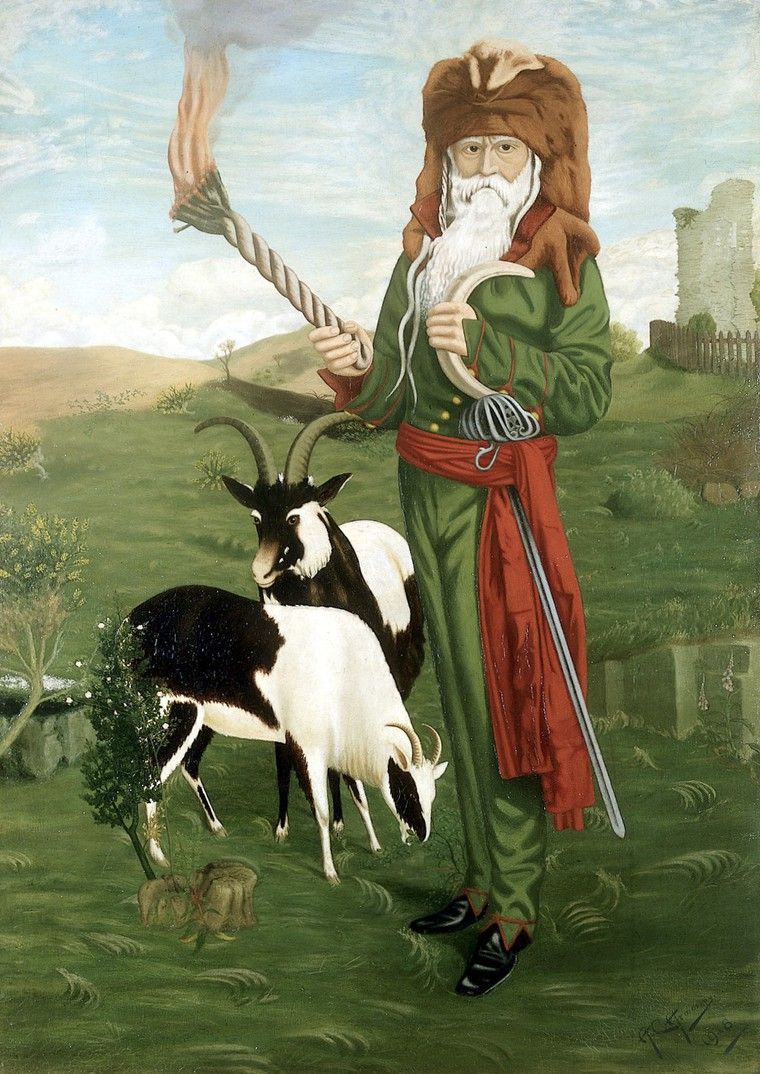