"I really want someone to deliver the message around the world that we are in a terrible situation here."

So this afternoon I'm in Rhosygilwen watching four actors (Matthew Bulgo, Matthew Aubrey, Gwydion Rhys & Rachel Helena Walsh) work with director, Zoe Lafferty. They're sitting opposite each other in two rows reading texts, tearing them apart, retreading them - pouring over the meaning and interpretation of each line. 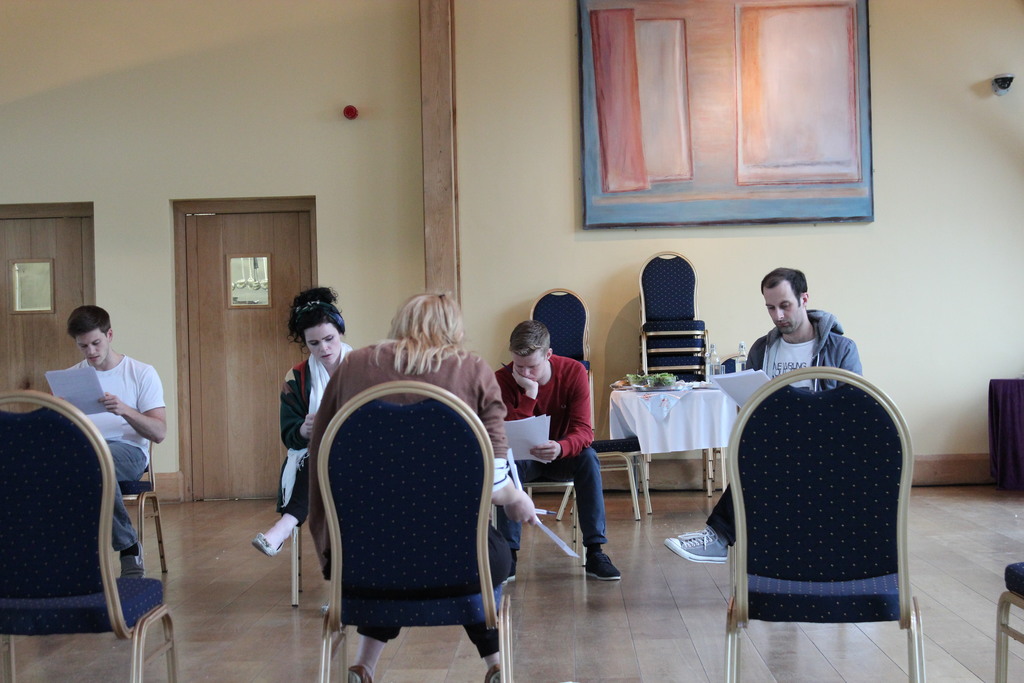 It's quite intense. There's a look of concentration on everyone's face. This is about responsibility. The responsibility of representing people who might not not otherwise have a voice.


Fear of Breathing is a new play, a verbatim piece made from interviews with people in Syria, by Zoe alongside Ruth 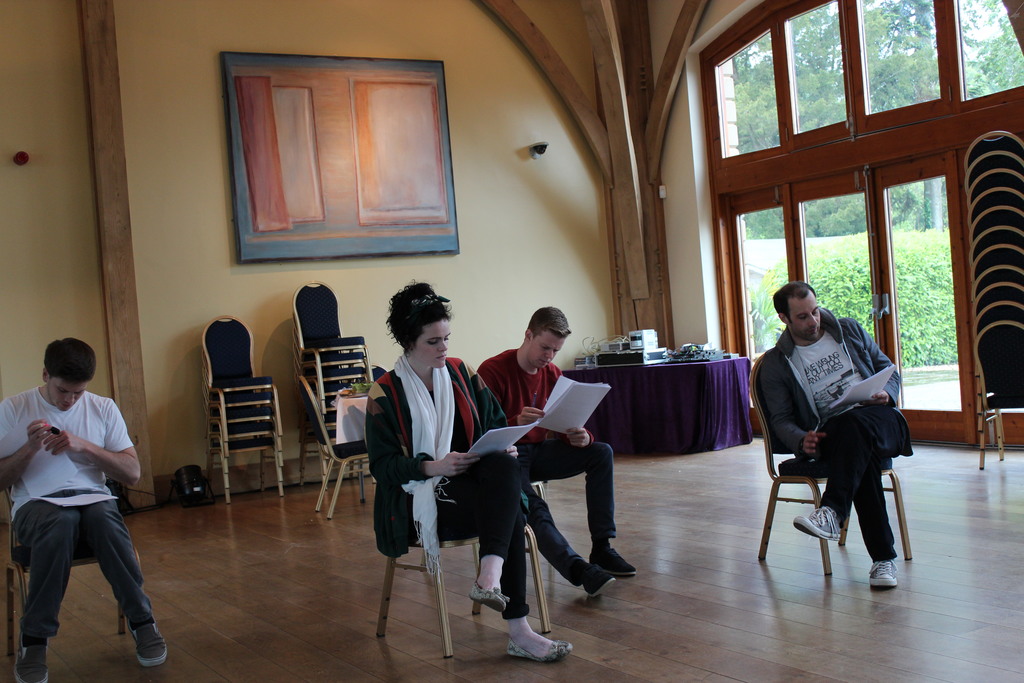 Sherlock & Paul Wood. This week Zoe has been Working with the four actors to explore the texts they've gathered, to edit them live and redraft the play each night.

On the way here this morning, I heard on the news that Putin won't support any further sensure of Assad by the security council, and it strikes me how difficult it is to keep up with what's happening on the ground. Over lunch we chat a bit about this. Yesterday they Skyped one of the interviewees to get more info from the ground and one of the writers has only left Syria yesterday; the text will evolve till the play opens later this year. 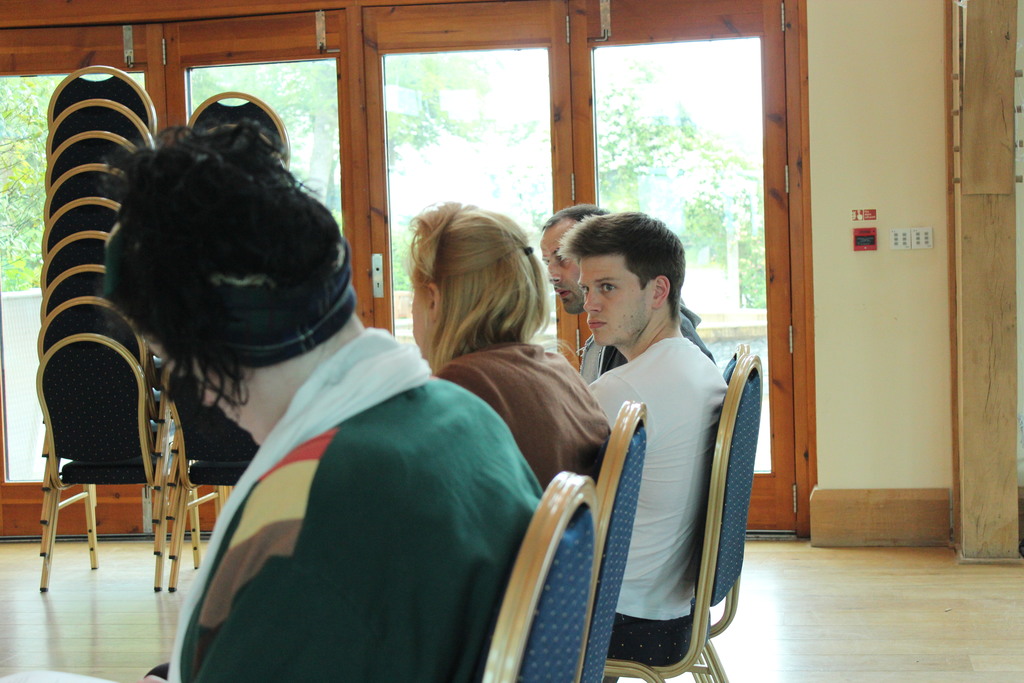 It's intense brain taxing work. Reading& re-reading they edit and add " The problem is we haven't set up the whole story of his wife" says Zoe, before diving into a pile of pages to give Gwydion a new piece of text. It's a fascinating process - so different to the other processes I've observed recently. 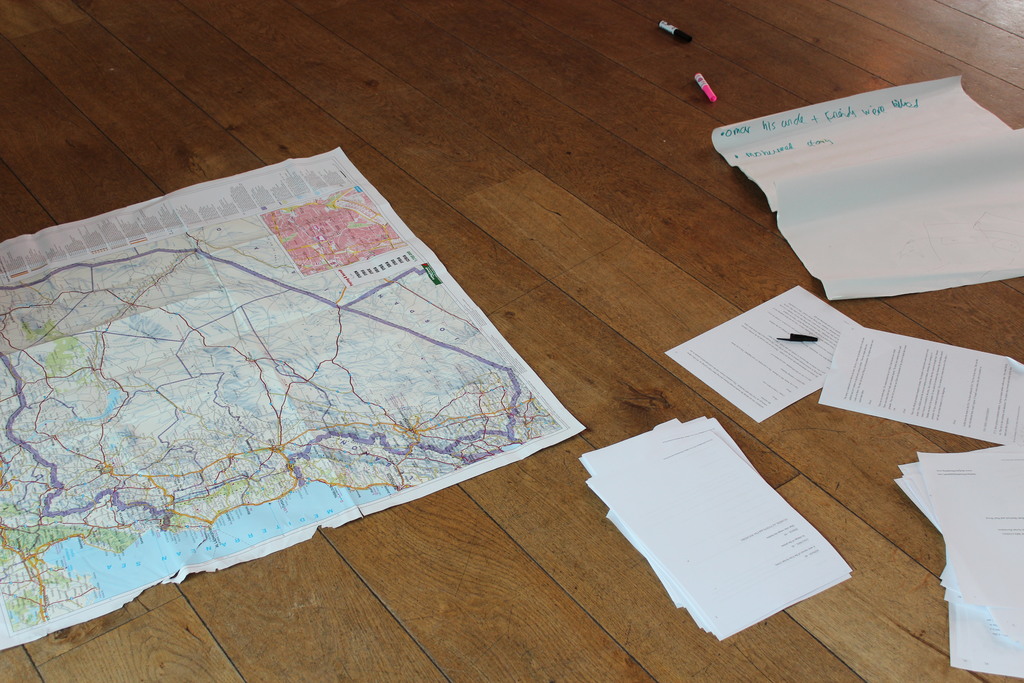 The workshop isn't but the play will be on in the summer - if you join this group http://community.nationaltheatrewales.org/group/the-fear-of-breathing? you'll be kept up to date.

Sounds amazing. Is it being shared with an audience?