The site for Coriolan/us this coming August has officially been announced - Hangar 858 - a decommissioned WW2 aircraft hanger in St Athan, South Wales. Built in the late 1930's, and beautifully directly engineered, the vast open space contained and framed below its sweeping single span cast cement ceiling is providing us with both a place to realise this work, and also a context within which we can start to locate it.

On our latest site visit we were accompanied by photographer Warren Orchard, whose photographs will be circulating soon - and also by Pete Telfer, who will be heading up the team of camera crew working with us live within the heart of this performance, and who took the opportunity to grab some footage for a short video of the visit for Culture Colony.

A few clips pulled from that footage can be found on <fragments [ here ]. 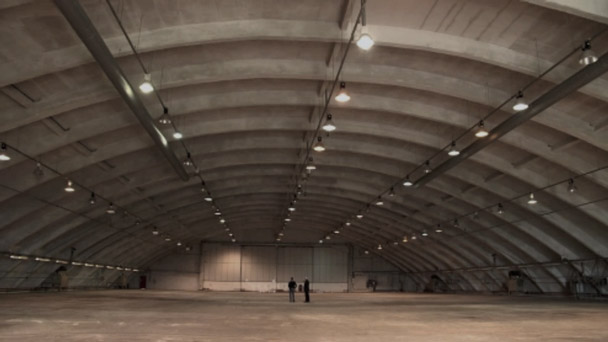