A very happy new year indeed to everyone who is part of the National Theatre Wales community.  It's been an extraordinary year for all of us - from the scale and spirit of that Sunday night at a roundabout in Port Talbot when 12,000 people turned up to see the heartstopping final moments of The Passion, to the storming of Edinburgh by Welsh Theatre companies including both our national theatres, the great Welsh talent behind Muscle, and many new and smaller companies proudly strutting their theatrical stuff.

It was gratifying to see The Passion topping top ten lists of theatre in the UK this year end, with both Dark Philosophers and Village Social featuring too.  I think that Llwyth will feature on many Welsh hit lists, along with Volcano's Clockwork Orange, which I missed but heard very good things about. I also missed The Wizard, The Goat and The Man Who Won the War (forgive me - I go to the theatre most nights but the odd one slips me by!)  I look forward to catching this next year though - sounds great!  I did catch Music Theatre Wales's award-winning Greek, Waking Exploits' eye-opening version of Serious Money,  and the brilliant production of Click by Mess up the Mess. What were your favourite moments?

Among many other moments, the continuing growth - and successful redesign - of this online community site was an important one for me.  This is where NTW started, and where it continues to grow.  In the coming few months we will be developing our 'strategic plan' for the next three years, and I hope we'll get many ideas (and questions, and even the odd rant) from you here.  It's already been great to see the debate going on about our responsibility to venues. This is something we'll be thinking about as we plan ahead.  Do join that debate - or start others of your own.

As for next year, I am really thrilled and proud about the upcoming year of work - and particularly looking forward to directing new pieces by Tim Price and Kaite O'Reilly - fearsome collaborators both.

Right now I'm off on a journey of my own, taking a couple of weeks to finally recuperate from the intensity of launching National Theatre Wales.  Here's my view into the future for the next few days: 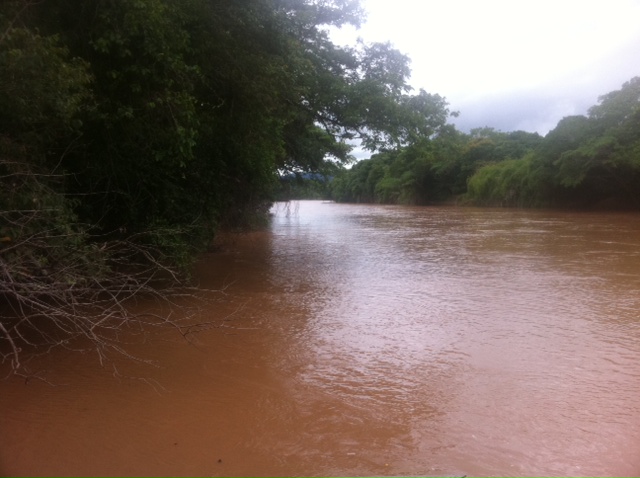 Have a grand New Year - looking forward to making theatrical waves with you all in 2012.  John