The evening of Sunday 24th I was privileged to be part of the production team for the fourth and last Ideas Exchange of this run. 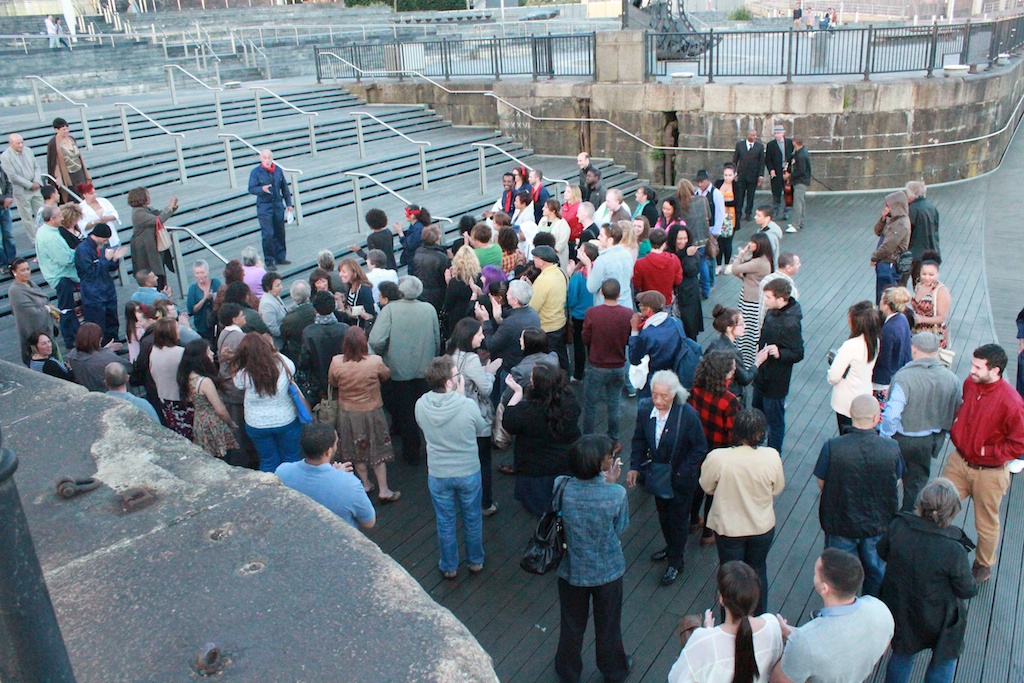 Ideas Exchange was born out of National Theatre Wales’ Assembly program. Way back in January 2011 NTW produced their tenth show The Soul Exchange in Butetown, Cardiff, and myself and Keith Murrell where really impressed with how, through a mixture of performance and debate, the Butetown Assembly examined community issues. We approached NTW and  here we are four events later.

Ideas Exchange 04 ‘Dadda’s Coming Home’ looked at the legacy of Butetown men and asked the question what kinds of men do we want the next generation to become and how can we make this happen. Over all the night was a great success, although inevitably there are things that I would change. We have gone on a massive journey of learning from the first Ideas Exchange and the future looks bright for the creative community of Butetown and surrounding areas.

Our first Ideas Exchange asked the community ‘What do we want?’ and under the direction of Mathilde Lopez, we created the fictional BBC (Butetown Broadcasting Corporation). The event explored the idea of how the community can benefit from or become a part of the ever growing creative industries sector based in Cardiff Bay.

The second Ideas Exchange ‘The Ideas Express’, this time directed by Louise Osborn, again looked at this idea only this time we wanted to begin to think about what the community could do to help itself. The evening was brilliant night of entertainment, a mixture of poetry, opera, reggae, soul and debate. For some of the audience it was the first time that they’d ever been across the threshold of the Wales Millennium Centre and it was with the help of the WMC and the Welsh National Opera that we were able to take Ideas Exchange to the next level.

After discussions we decided to develop the NTW Assembly model and introduce tasks for the audience, these tasks would then stimulate conversation amongst the different tables of guests. There was also a small, but significant, development in the Ideas Exchange, and that was the production team and performers where almost solely from Butetown. 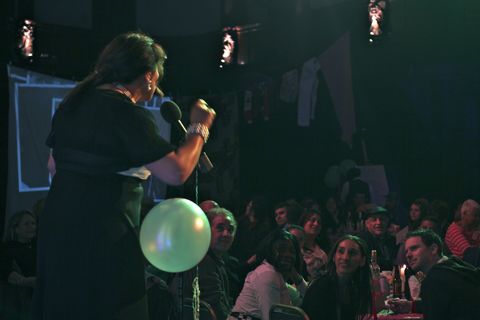 ‘Madame Butetown’s Birthday Feast’ was our third event. This time it was produced completely by local people, from technicians to performers. This is an important factor for me because for the first time I felt I was involved in a project where the Butetown community had been trusted to deliver and I’m really grateful to NTW for having faith in us and I must also thank The Wales Millennium Centre and Welsh National Opera for their extremely generous support.

The concept of the third evening came out of a meeting that we called several weeks after our previous event. We asked the performers, members of the audience and members of the community to meet up and discuss What the show should be about? Who should be involved? Where the show should be held? We felt it important that the community took ownership of Ideas Exchange and feel involved in the creative process. Some of these questions weren’t answered there and then but what came out of the discussion was that we should based our next event around food. Food=Kitchens=Mothers 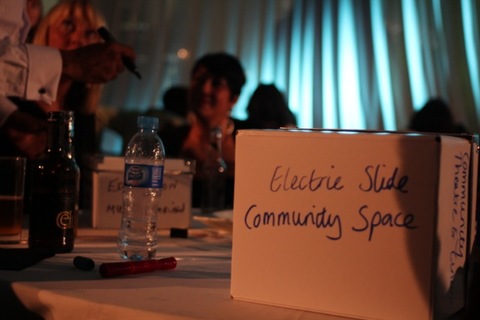 In 'The Ideas Express' we created a fictional character Madame Butetown, this time we brought her to life. The poetry, performance and songs were all around mothers and we we were gathered to celebrate Madame Butetown’s Birthday. The members of the audience were given a small budget and asked to bring some food that had some meaning to them, for example my mum brought Potato Salad because the first time she had eaten it was when a relative from the States cooked it for her wedding. Of the four events I have to say that this was my favorite. The underlying question was how can we improve our community, what steps could we take as individuals to make this happen. To capitalise on the momentum of the evening we the called a community meeting the following week where people pledged to Organise a giant picnic, cook a banquet for the elders living in the high rise flat of Loudoun Sq and organise a coach to the beach.

At the very beginning myself and Keith wanted to use these evenings to get the community active and making butetown a better place to live, what I feel has happened is that Ideas Exchange IS the community being active and IS making Butetown a better place to live. Its has become that which we wanted to create (if you follow me). Ideas Exchange has given the opportunity for some really talent members of the community to shine, including Wella, Ahmed Yusuf, Lalia Mason, Keith Murrell, Kyle Legall, Ali Goolyad, Ahmed Ibrahim, Hassan Panero, Shekira Johnson to name but a few.

I think we’ve come to far to stop so hopefully there will be more events to come.