Learning through collaboration between Ballet Cymru and Citrus Arts on “Cinderella” 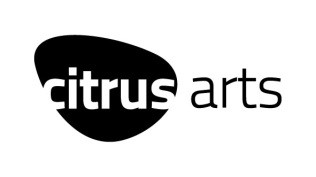 When Darius James and Amy Doughty of Ballet Cymru approached co-artistic director Bridie Doyle & I with a proposal to work together on their current touring production of the Grimms’ original “Cinderella” tale, we were all on the same page within the first few minutes – there were to be no bolt-on circus acts added to the ‘big numbers’ just to fill a space above the stage. The joy of this needs a little explanation.

Citrus Arts are often approached with these kind of ‘let’s add a bit of circus here & there’  offers and we rarely pursue them because whilst they are sometimes lucrative (yes, the Disney Corp kept us going through a lean period during Bridie’s maternity leave last year), they’re not what we set up the company to do. We founded Citrus because we wanted to create our own work and wanted to do it well; we develop ourselves into better artists and practitioners by collaborating with and learning from fellow companies and artists in different fields who understand that.  By working in that spirit we’ve benefitted from working alongside theatre & contemporary dance companies, visual artists and organisations who stage grand-spectacle cultural events – as long as the job involves us from the early creation stages and offers us a creative voice, we know that we’ll do a better job for our co-creators, improve our directorial craft and expertise, and have greater expertise to draw upon in the future.

To the outsider, there may be a presumption that Ballet dancers will naturally make good aerial performers and this is understandable given their training in ‘line’ and posture. On the whole people with previous dance and/or gymnastic training do thrive in aerial arts, but it is not to be taken for granted. Some of the first lessons I gave to the “Cinderella” cast were that most importantly, there is a real risk when working at height and yes, it hurts a lot when you first place all 70 kilos of your body weight into a bind of fabric or cotton rope wrapped around your ankle.

My circus training at the National Centre for Circus Arts in London and later schools in France was a disciplined, long-term, and admittedly sometimes knock-about experience, but here I was working with enthusiastic trainees on a deadline to get to a point where they absolutely could not look like they were working outside of their comfort zone. Add to this the fact that they were also in the process of creating a brand new two-hour show with an opening night looming, and you’ll understand the extent of the physical demands upon them, and how amazed I was by their resilience and determination.

Darius, Amy & I worked closely to avoid placing too many demands upon the cast, but the cast’s enthusiasm wouldn’t waiver. I often found them training and coaching each other during their lunch-breaks, and sometimes found myself apologising for setting the bar much higher than one normally would for new trainees:  “Now, could you do that again and look a little less confused by being upside-down, please? Oh, and you need to do it to double-quick counts next time as well – Soz!” They delivered impressively every time.

I’ll need to get quite technical if I’m to talk about how this became a real collaborative experiment, so bear with me while I explain.

The most engaging aspect of this project for me was the duet I worked on with Krystal Lowe. Krystal & I worked on a counter-weighted aerial dance piece which pushed us both into new territory. For those unfamiliar with the terms; Counter-weighting is basically a pulley system where a performer is at one end of a climbing rope that passes up, across and down through two pulleys to an operator who climbs up and down a ladder according to where the performer needs to be in relation to the ground. Wales’ own No Fit State Circus use this technique to great effect in their tented shows. Aerial Dance is usually used in contemporary dance practise where the performer is using a mountaineering harness, which lifts them by a point near their belly-button to allow them to alternate between placing their weight on the floor (or a wall), by sitting their weight into the harness. Krystal & I used a modified stunt harness which could lift her by a point at the base of her spine, and used a specially made steel cable, so we could work with more precision without having to allow for the unavoidable elasticity of nylon rope.

This set-up combined with Krystal’s can-do attitude and determination allowed us to work with a degree of detail, precision and finesse that I’d rarely experienced in my own work or seen in other circus-dance productions. Krystal & I worked with micro-precision to play with switching between her dancing with her feet firmly on the ground, and split-seconds when she lifted ever-so-slightly off the floor to accentuate her ballet repertoire. As soon as we understood the interplay between our ways of working, we started to push these effects on to another level to create lifts and circular swings high above the stage to create moments of grace and abandonment before she landed to seamlessly continue the ballet choreography. Whilst Krystal is the only person visible on stage in the way this production is staged, this is actually a duet.

I’m really proud of what the Citrus and the Ballet Cymru team achieved by working together in this way, where shared attention to detail, mutual respect for each other’s practise and sheer hard work paid-off so well. This, for me was a real artistic collaboration; it required a willingness from both companies to learn from each other, rather than blindly trusting that some kind of magic alchemy would occur once we were all in the rehearsal room together.

Plans are already underway for Citrus Arts and Ballet Cymru to work together again in the future, so please do watch this space …