Which was preceded by the British and Irish Lions victory against Australia: I really like this sort of creativity, without necessarily having a deep and meaningful value beyond making people smile.

Of course, the concept isn't limited to sport, and there are plenty of examples from across the worlds of music and comedy too. 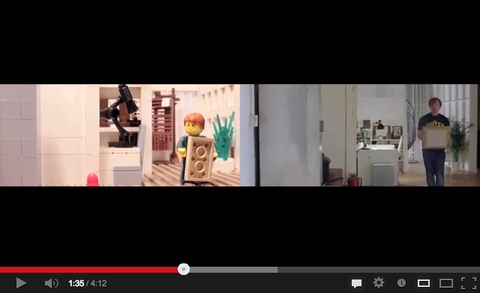 Has anyone seen any other great examples that I should be watching?

Also if anyone has any animation skills and would like to teach me how to make my own Lego videos, do let me know.

Thanks Guy, that looks brilliant. I'll download it later and have a play!

Its very easy to use.

There are lots of 'how to' guides on youtube