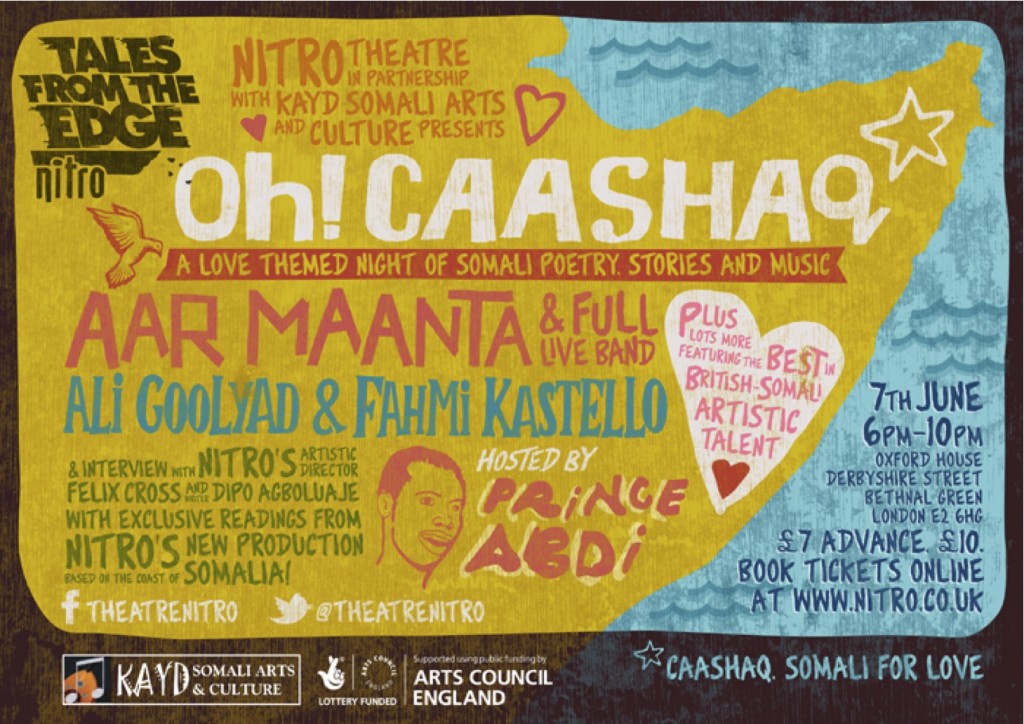 Around a month ago i was invited to perform some poetry in london with Nitro theatre in partnership with Kayd somali arts and culture. Initially i was exited but it started to get a bit nail biting when told the theme was about love. This challenged me but allowed me to be extra creative with my words and emotions.

deadline day counting down, the posters going up and flyers going around. dont i love the pressure and it seemed my co performer Fahmi Kastello loved it too because on friday morning as im at the station waiting for him to arrive he refuses to answer his phone, which cranked up the pressure even more.

Thank god a text from fahmi 15 mins before the train arrived.

Got to London full of steam and ready to blow, little did i know Fahmi had a little something under his sleeve. To the NItro, we checked in and received the timeline for the day. "Were on first" Fahmi said in shock.

Without anytime to panic i was welcomed on to the stage by the very funny comedian Prince Abdi, luckily i escaped some of his jokes. Then in full blooded fashion i let some of my poems of love rip into the hearts of the audience. Love and my image dont go but i can be a bit sentimental if i need to be.

I then did more than my job by turning into the host and almost welcoming Fahmi to the stage, to which the Prince Comedian halted me and that ended up with a joke being on me.

but Fahmi blew the crowd away with his vocabulary and the vivid images he creates with his words. They almost couldnt believe hes only been in the industry for a matter of months and showed that with the applause, now theres a confidence booster for anyone who needs it.

After the poetry I had to give a presentation of Degabay and telling the people what Degabay was, how it came across, how it shaped out and how it left its legacy came to light in a brief interview with Fahmi and myself. Fahmi was one of those who was inspired by Degabay and that was my aim at the start. To inspire a generation into an industry where the next generation can be inspired. 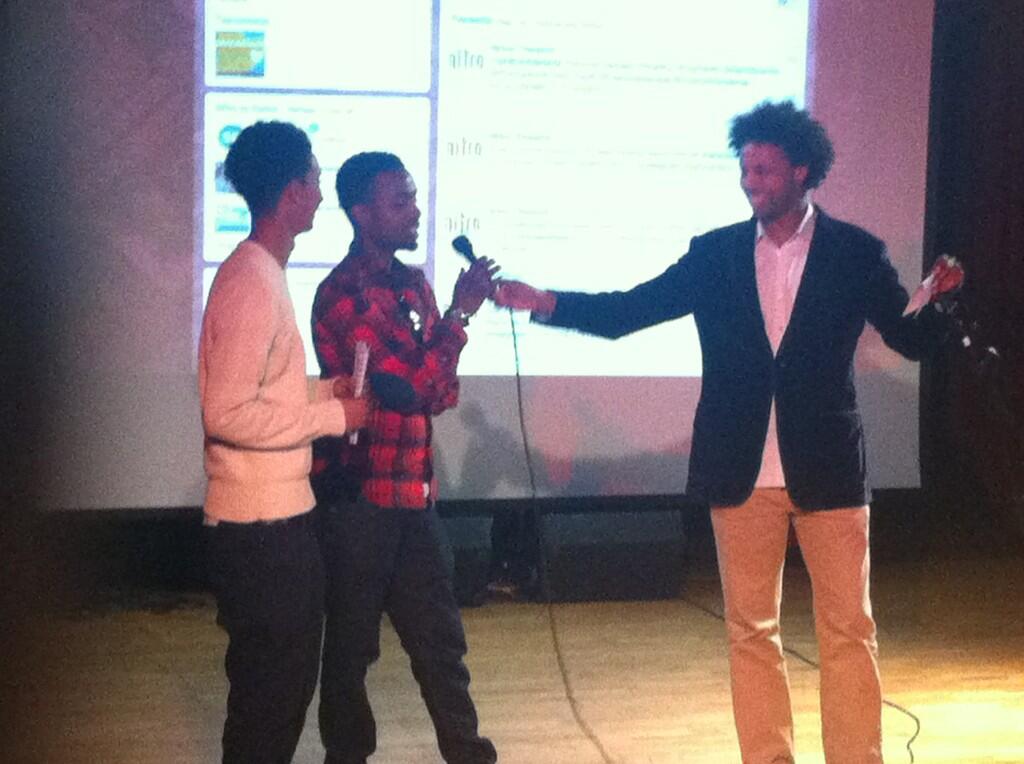 This is a really great blog Ali! Wish I was there, sounds like you knocked them dead! Well done both. x