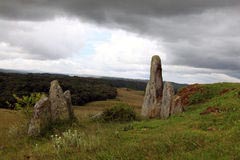 I have been asked if the outline for the story "Mother's Blessing" could be written here as some people have informed me they have had trouble accessing the Graig Du Theatre Players group page. The story will be available on the group pages; it is one of the intended adaptions for "The Rhondda Mysteries project." I would like to thank everyone who has shown an interest in the group.

The mysterious death of Charles Pritchard, anthropologist, at the G.W.R Hotel, Cardiff. shocked his many colleagues at Oxford University in June, 1893. His widow, Maddy. wanted to protect her children from the hurtful rumours that circulated about his death. She knew what he was trying to achieve by making his last journey to speak with Hector Matthews at Thrushcross Farm in Llwycelyn, Porth.

Pritchard believed there was another reality that man could see if he rejected the materialism of this world. The creatures of myth, he reasoned, could then be seen: y tylwyth teg, the fair folk. They were also known as Bendith- y - mamu: mother's blessing. The word was used to avert kidnapping and the fulfilment of an ideal in the Rhondda. Pritchard had met Matthews the previous year. They had taken to each other instantly and Matthews understood what Pritchard sought. When Matthews showed him the meterorite he had discovered at the Rhondda Stonehenge, Maerdy,Pritchard's descent to the perceived reality of the otherworld leads to madness and death.