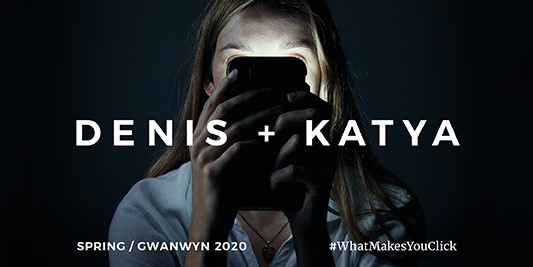 Performed by Music Theatre Wales in association with the London Sinfonietta

Premiered in Philadelphia in September 2019

“Not only is Venables’s newest creation the most brilliantly original operatic work I’ve seen in a decade, it’s a sensitive, subtle, and deeply questioning meditation on youth, voyeurism, and the age of social media… As such it points the way forward for an art form that can too often be found facing the other way.”

It’s not often that we can introduce a brand new opera/music theatre which has such glowing reviews, but with Denis & Katya this is exactly what we have. Co-commissioned and co-produced by Music Theatre Wales, Opera Philadelphia and the Opera Orchestre National Montpellier, this is the Fedora Prize winning and revolutionary work which will not only make you consider the two young people whose lives were so unnecessarily lost, but also think about how we tell stories, the way music and theatre combine to make opera, and the role opera can have in our lives.

We embark on rehearsals with Johnny Herford (also seen in The Trial, The Golden Dragon and Passion for MTW) and Emily Edmunds (who was in 4.48 Psychosis, the smash-hit opera by Philip Venables and directed by Ted Huffman for the Royal Opera), both of whom sang in the Philadelphia run, just as the production has been shortlisted in the New Works category in the International Opera Awards - an amazing achievement. So what’s all the fuss about?

This is a haunting and utterly original work which we know opera and theatre lovers will find deeply moving and intriguing, but which also has the capacity to connect with an entirely new audience, and especially those who might identify with the two central characters.

Denis & Katya is a true story of two Russian teenagers who ran away from home and ended up livestreaming the final hours of their lives. The horrific implications of the story are powerfully relevant to us all, especially in the age of social media where nothing seems completely real – and where even a person’s life can become mere entertainment to be consumed on a small glowing screen. Were Denis and Katya calling out for help or simply having their 15 minutes of fame, with all the bravado that whiskey, guns and a mobile phone can provide? Were they really the Romeo and Juliet of our time - or a couple of runaway kids like Bonnie and Clyde, who let things get out of control? Were the Russian military police actually trying to prevent Denis and Katya from killing themselves, or did they go in guns blazing? And who posted the horrendous police images of the youngsters after the event - and why did they do that? 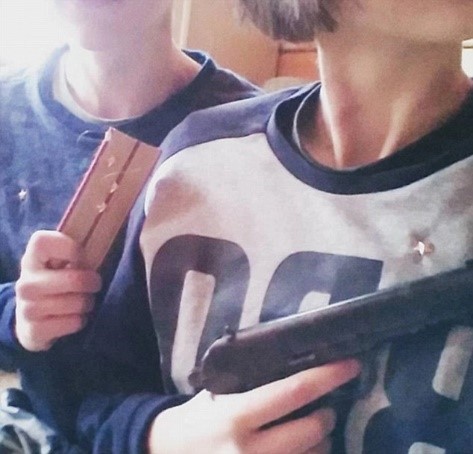 With mobile phone and gun

As a semi-documentary, verbatim work that uses spoken, sung and projected text (including the WhatsApp conversation between the composer and writer on how they were going to create the show), Denis & Katya looks at the circumstances and impact of the story rather than the story of the teenagers themselves. In fact, Denis and Katya do not appear in the production in any way, not even their images, despite the fact they are readily viewable online (the photos above are still accessible online). This was a huge area of sensitivity for the creative team who were aware of the real lives at the centre of the story and did not want to sensationalise or exploit them. 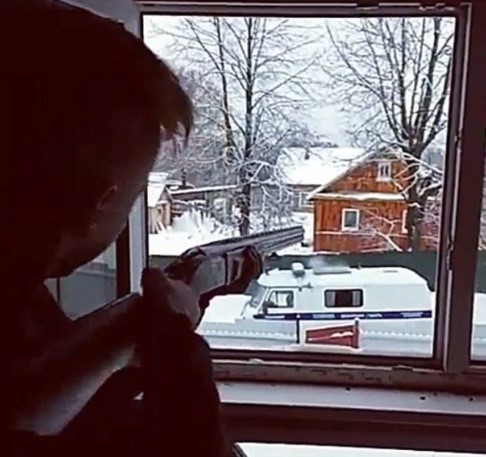 Denis shooting at the police van

Scored for just two singers and four cellists with no conductor, this is about as intimate and small scale as it gets, but the power of the piece is brilliantly amplified by this focus. The cellists sit on the corners of the minimal set, playing from iPads and cued by click track through earpieces, as are the singers, and the video and lighting! It really is a computer driven show, but the feeling of it is far from automated. Initially, the music works in a subliminal way, rather like a film score, but as the piece proceeds it becomes abundantly clear that the music is propelling the dramatic content and conveying the atmosphere and intense feelings of those involved, moment by moment, character by character.

And what characters – all real people, some of whom Venables and Huffman met when they went to Russia to research the project. The teacher, the school friend, the neighbour, and a journalist who was sent to cover the story when it first broke and before it went viral. All represented by the two singers.

Singing does of course reveal the emotions in an immediate way, but here it is never heart-on-your sleeve operatic stuff. There is a simplicity to the way Venables writes for the voice that nevertheless tugs at and provokes the listener, especially as the cellos gradually crank up the tension of the actual situation. After all, this is a story that has a terrible and abrupt end. Time does run out for Denis and Katya in a way that it doesn’t for everyone else, and we are reminded of this as we enter the theatre before the piece begins. 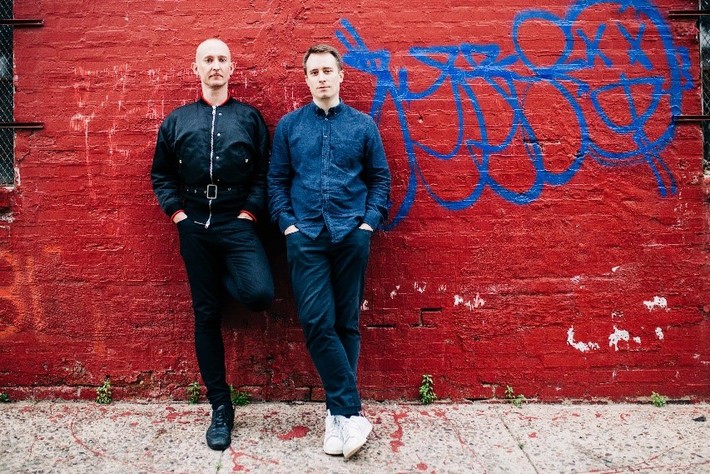 As I mention above, we believe this piece can be especially relevant to young audiences and we are running two participatory projects (in Mold and Newport) alongside the production which will be targeted at young people who might not normally be associated with arts projects. They will be given an opportunity to respond to the original story and develop their own creative work based on this and in response to the production.

More than that, we will also seek to learn from them and their responses through a structured consultation process. We believe that if we truly want to engage with new audiences, then we need to understand what people beyond our usual reach might want to see. This is the first time Music Theatre Wales has run such an in-depth project for young people and it is a sincere effort to listen to them. The project is led by a drama workshop leader, a music maker and social media practitioner, who will work with the young participants to help them formulate their own ideas.

Listed in the New York Times Top 10 Classical Music Events of 2019, Denis & Katya will receive its UK premiere at the Riverfront in Newport on February 27th and will then tour to Clwyd Theatr Cymru in Mold, Aberystwyth Arts Centre and RWCMD in Cardiff, and will also be seen at the Southbank Centre in London. And as another American reviewer says below, it’s a work that redefines opera for the 2020’s and must be seen.

“Denis & Katya defies expectations of what opera should be… a highly effective production that should be seen by anyone who cares about the future of the art form.”

Tickets are available on the following links: