Yesterday I went to see Black RAT Productions' A Midsummer Nights Dream. It was an 11am matinee at the Swansea Grand so I set off on the 9.14am train from Cardiff Central. It was an old-school cattle type train; the last time I was on one of these I was crossing to Oldham on the Manchester Victoria to Rochdale service in January 2008. Good times. Only this time, it was a sweltering day and the carriage was nearly empty for the whole trip. 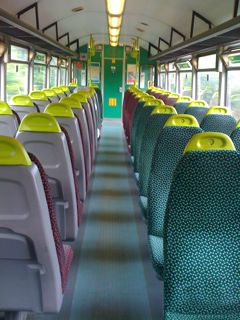 I started to photograph some of the things that I passed by. Passing through beautiful landscapes around Bridgend, Port Talbot, Neath... These things took on a surprising beauty of their own. So I was very stimulated and ready for a morning of Shakespearean madness! 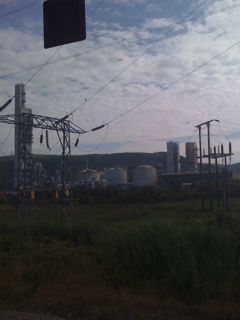 And madness it felt like as I arrived to a foyer of schoolchildren. They filled the auditorium in the Arts Wing and there must have been about 150 of them! They were great and watching the show with them was fantastic, it gave me a whole different take on what was funny - and they seemed to really invest in the story and care about what happened to the characters. Particularly Bottom. They loved him. 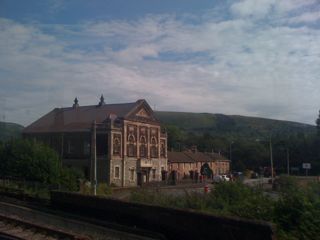 There were fantastic performances from all involved; it was particularly exciting to see young, emerging talent performing alongside accomplished actors whose CVs are as long as my arm. There were lots of skills on display: some of the actors performed acrobatics, some performed with puppets, some sang, and everyone gave their all. 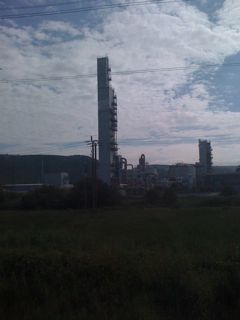 It was a real treat to see Welsh actors being given the opportunity to perform this great play, with interesting staging and physical storytelling shaped by the director, Richard Tunley. It was the best staging of the actors play-in-a-play I have yet seen. And I've seen about 12 productions of this play. The actors are obviously passionate about what they do, it showed through their performances, and talking to them afterwards they were particularly passionate about opportunities to be working in Wales. The actors seemed to have endless energy and enthusiasm. After seeing the show - and talking to them - I left feeling even happier than when I arrived and buzzing with thoughts around casting policy and how National Theatre Wales can work to ensure great opportunities for talented actors who are working in and originally from Wales. 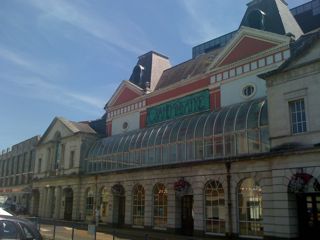 (The Swansea Grand with it's Arts Wing above Wilko's shop in the far left of the photo. Brilliantly mixed architecture)

Comment by Rich Tunley on July 5, 2009 at 23:23
Thanks very much for the blog Catherine.
Yeah - it was a scorcher - so a bigger thankyou for making the effort. Much appreciated. Good to meet you afterwards too and to hear about future plans etc.The cast will be delighted with your observations. We were lucky to have that combination of actors together & you were right about their enthusiasm - priceless! You were also right about the level of sweat they produced too!
We are looking at ONE FINAL Cardiff performance of this production in August - (poss at the Weston Studio - WMC???) so look out for further details.
Many thanks again - and congratulations for surviving that particular matinee!

Comment by Stacey Daly on July 2, 2009 at 21:59
Hey Catherine - thanks for this...really interesting read (sadly I missed the production). Also very re-assuring to hear that you are attempting to address/think about casting policy - I look forward to reading how this progresses. Bye for now, Stacey.