We've just started something new in Newport. With the support of Arts Council Wales, National Theatre Wales TEAM and Newport City Council we have begun a new arts collective called Newport International Airspace. It's a name that just stuck with us and it looks good printed across our newly acquired cheque book. N.I.A. was been established off the back of The Meeting, a project procured and produced by local artists keen to change an empty high street space into a pop up arts centre last November. The Meeting was a reaction, a reflection even, to the words from the local community about the present state of Newport. Artists and performers were challenged to use these words to create an exhibition, a tour and a performance that inspired some contemplation, debate and, in this case, further action.

Newport has not faired well in recent years and as a collective we wanted to reflect not only on the city but the actions of its artists. In 'The Reenchantment of Art', Suzi Gablik considers the role of the arts and the artist in accelerating movements towards changes needed to bring human beings back into balance with their ecosystem. With specific reference to social issues, Gablik argued that art is a catalyst for change which could in turn help us to 'heal'. In difficult financial times Newport Council has been forced to close one of the most innovative visual art spaces in the museum, the temporary exhibition space, with the loss of its experienced and proactive curator. This may well seem to many as a sensible solution to a budget that will not meet the needs of the services provided across the city but we firmly believe that the arts matter and in times of difficulty they are essential. John Tuso wrote exactly that. He said 'The Arts matter because they embrace and define the soul of civilisation. A nation without arts would be a nation that stopped talking to itself.'

So we have begun to develop our own vision of what an arts collective could offer. We are just four at present, from varied and diverse backgrounds and with a commitment to share and develop our ideals. We began this with a week of sharing that included a devising workshop in Newport supported by TEAM. An open invitation was posted on the Newport Team page and a number people were invited to come and participate in the days activities. I led this workshop and hopefully it gave those who attended an insight into how we can develop and share stories and movement ideas. The photo below is from the workshop held at The Riverfront in Newport on 11th July.

As a collective we are aiming to explore the City in a number of ways including walks and talks with community groups and artists alike. We are just beginning and look forward to the journey ahead. 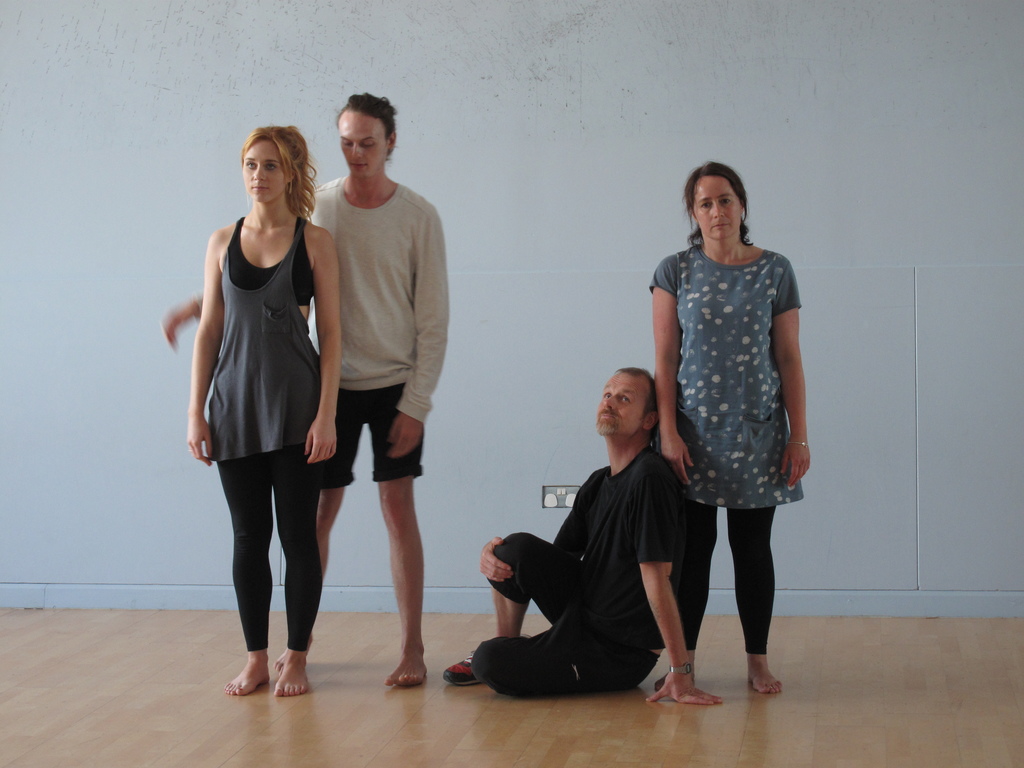