Notes from the Interior - new challenge every Monday!

It's that time of the week again. As part of our Encounters Unknown programme of work for the lockdown, Volcano releases a new Notes from the Interior performance task every Monday.

Tasks are set by Volcano's Artistic Director Paul Davies, and given in advance to the actors working on the project - Chris Elson, Neal McWilliams, Mairi Phillips and Rebecca Smith Williams. The actors record their responses, which we release and then open up the floor to anyone who wants to join in. Do it just to challenge yourself, or share your response with us and we'll share it on social media and include it, fully credited, in a compilation at the end of the project.

This week we've ditched the texts and set a task about moving through the strange new world of lockdown and social distancing, with all its new rules and

THE ECSTASY OF SPACE - TASK #4 in NOTES FROM THE INTERIOR is released Monday 20 April at 14:30

Videos from all the tasks to date can be viewed at our NOTES FROM THE INTERIOR showcase on Vimeo. 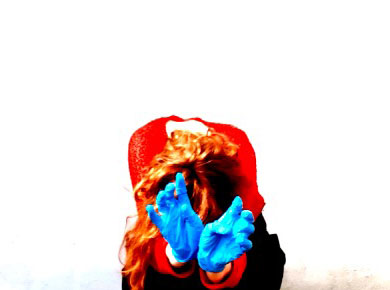