NTW in Berlin - FOREST: THE NATURE OF CRISIS

My Trip to Berlin from Gavin Porter on Vimeo.

In collaboration with Constanza Macras and her Berlin based company DorkyPark NTW produced Branches: The Nature Of Crisis, which took place in Wepre Park (Near Connah’s Quay) in September 2012. In August 2013 the show was being restaged in a  forrest on the outskirts of Berlin.

Along with John McGrath, there was and opportunity for another member of staff to travel to see the show and, as is becoming an NTW tradition, there was a raffle to find out who that person would be. And as you have probably guessed I was the lucky winner this time around. 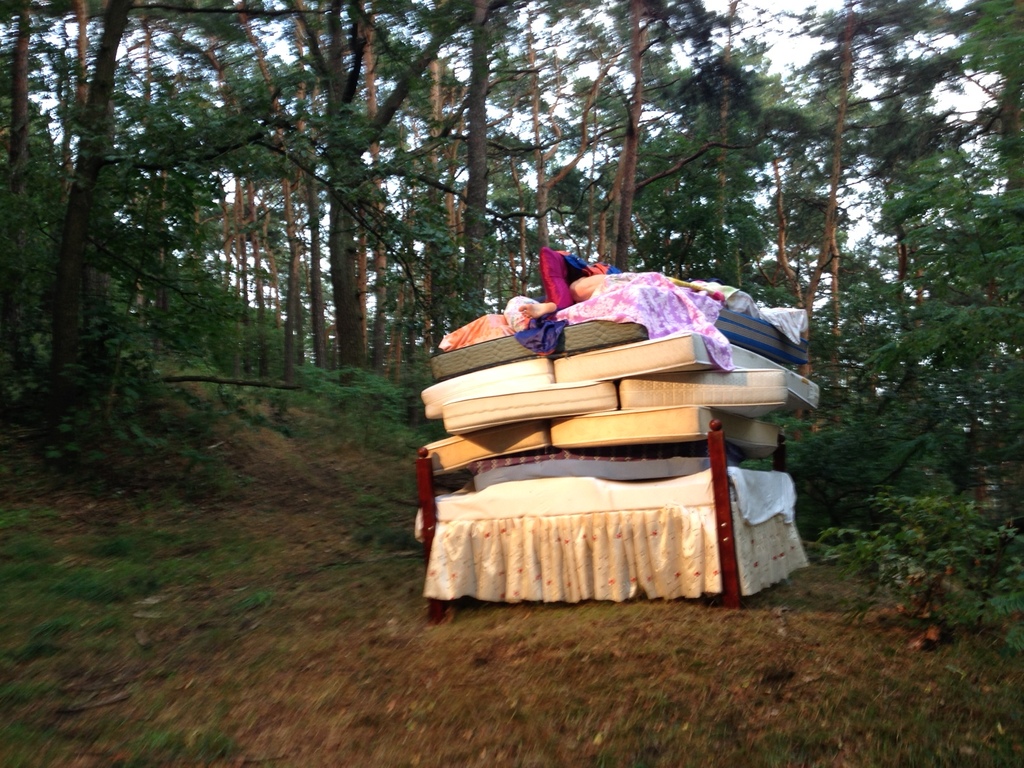 Berlin, admittedly not somewhere that was on my wish list, is an interesting and lovely city, full of quirkiness and interesting spaces. I did find it a little strange when visiting the various tourist attractions such as the Holocaust Memorial or The Brandenburg Gate. Brandenburg was the strangest place for me. What was once the symbol of Nazi power and the brutalisation/murder of millions of people is now home to Buskers and Starbucks and thousands of tourists taking photos. Do I pose for a photo? Do I smile in the Photo? But then I got to thinking that castles are more or less the same thing only the history is not as immediate and I have no problem smiling there. Also I often boast that I have been to Chichen Itza in Mexico but it is basically a temple for human sacrifice - funny how history, human atrocities, and what is deemed good/evil warp overtime.

The show, now called Forrest: The Nature of Crisis followed the same format as the UK version although a lot of the text and scenes where different. The audience walked through the forrest, stopping at various point to watch a scene based on modern adaptations of Grimm's Fairy Tales.

For me the best scene was the closing scene which lasted for about 30 minutes. It felt at times quite cinematic with a live band accompanying the dancers. This seemed like the best opportunity for the audience to see how skilled this company of dancers really where and for the first time I could appreciate their rhythmic and physical skills.

I’d recommend Berlin to anyone who may be thinking about going, there is a fresh, friendly and positive atmosphere in the city.

Oh and in Germany that clap for a LONG time at the end of a show.

Ah no Christina, it would have been great to catch up with you. Yes there is definitely much more to Germany that recent history.

I hope your keeping well.

Ah, I was there too, I didn't realise you were coming, I could have shown you around a little. I'm glad you liked Berlin, it's much more than its horrible history, Germany in general is much more than that. :) Hope you're good. Love, Christina