As TEAM prepare to join Ocean Park again this week, Week 8 could see the body of a show on the horizon.

Since I joined the creative team two weeks ago as Assistant Director (after being interviewed by student Tyler, of course!) I have been a part of a really exciting workshop with immensely talented Rhiannon White, and an inspirational poetry and creative writing session with wise wordsmith Patrick Jones before breaking up for half term to reflect on where we go from here.

Although contrasting sessions, they each induced reactions from the academy participants which were interesting, creative, sometimes difficult, but often profound. Rhiannon invited John, Naomi and I to join in with icebreakers, tableaus and vocal games with some amazing energies, especially during our 'F*** You!' speeches! It seems expressing yourself in this way is a great stress-reliever and one in which everyone, including the teachers, was happy to participate!

Everyone in the sessions was given the opportunity to engage with a different activity that they felt most comfortable with, whether that was conducting our vocal orchestra while someone else documented the action, or playing with beats to go with the lyrics they've written in previous weeks. Rhiannon wound down the session with everyone individually reflecting upon a time when they're at their happiest, and a time they felt most powerful. Hierarchy and freedoms have been common themes which have come up in a lot of the discussions and rhymes, and these themes carried into the next week with Patrick.

Patrick brought an activity to the poetry session which could prove a useful technique for when we come up with text for May's performance. Going around the circle, he asked everyone to write 5 adjectives about school, then everyone swapped papers, covered their words, and were then asked to write 5 nouns about school. Who would have thought that difficult desk and slow windows could mean so much? We looked at lyrics from Robbie Williams to Eminem, with the point of showing that words which are influenced by real life feelings and experiences are more believable. Talking to members of the group individually we all found out their differing stories and common ground; they really are a group with a ton of potential, and hopefully this outlet serve as a means of expressing themselves!

So on we go, with grime, horror, and escape tasks as popular ideas. This week we will dig around these vehicles and look at how to get them on the road, with the academy leading the way.

Moving onwards and upwards, it's time to take on a Designer! 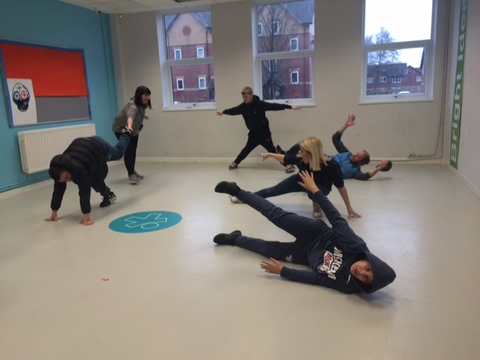 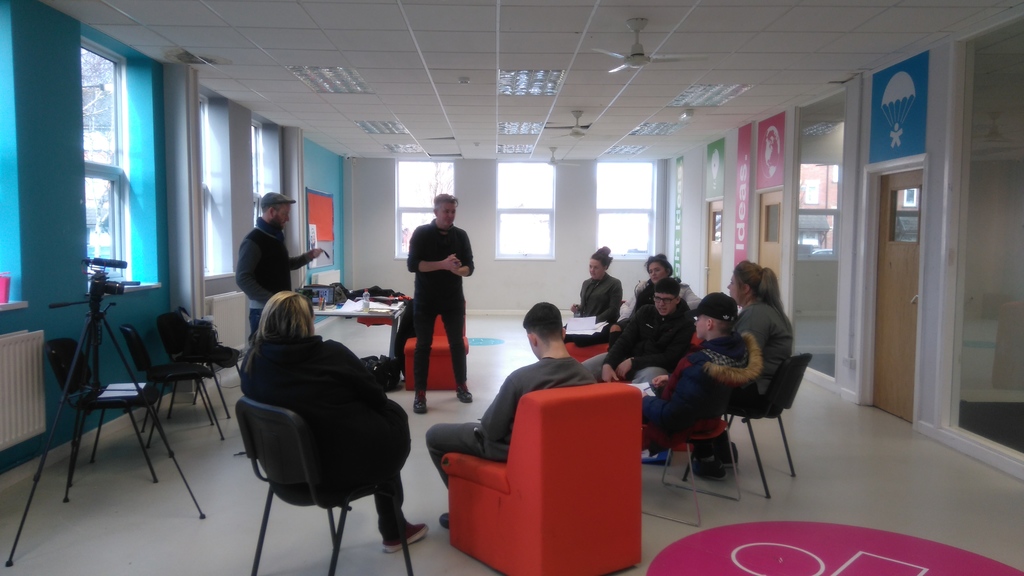